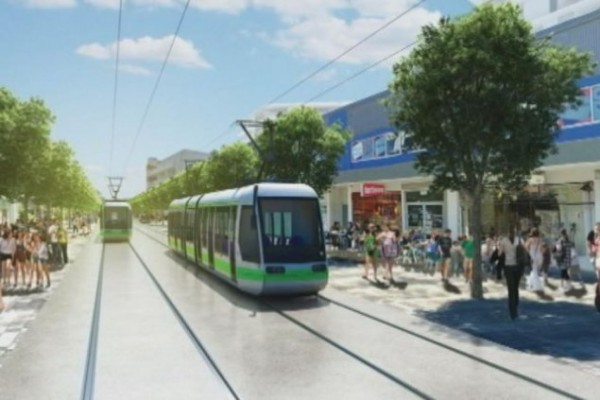 The ACT Light Rail Project is providing a big boost to the local economy.

The ACT economy has hit a sweet spot by catching a ride on the light rail project and a resurgence in Federal Government spending, according to the latest business outlook from Deloitte Access Economics.

The June Business Outlook said the good news for the ACT was that after the cutbacks and public sector hiring freezes of recent years, the Federal Government was returning to more of what might be considered business as usual.

“That was signalled by the Federal Government’s decision in the last Budget to raise taxes and drop a number of unpopular cuts to spending,” it said.

Although the report warned that risk remained that a future Federal Government, especially if it wins control of the Senate, could again reverse spending and place the ACT economy, with its large public sector component, under pressure.

The Business Outlook said construction of the Territory’s largest engineering construction project – the $700 million 12km rail line linking the city centre to Gungahlin – was already making an impact, with the latest data showing that both the value of work commenced and work yet to be done have more than doubled over the past year, while the value of work done is starting its ascent.

“And the good times will keep on rolling for some time yet, with construction on the light rail line extending through until 2019,” it said.

However, the light rail project accounts for almost three-quarters of engineering construction work under way in the ACT, and the pipeline of projects in that sector is ‘underwhelming’.

“That said, planning is under way on extending the rail line from the city to Woden. While this is some way off, it’s worth watching closely,” the report said.

The outlook for commercial construction is more balanced with about $1.5 billion in projects under way and a healthy pipeline of work.

“Construction of the first stage of the Australian National University’s $220 million Union Court Redevelopment is set to kick off in July, while the $300 million Casino redevelopment is also scheduled to break ground in the coming months,” the report said.

After double-digit growth in housing construction in the ACT over the past year, the outlook is for more moderate growth.

“Canberra house prices have been rising, while there have also been significant signs of improvement in the rental market,” the report said.

“For example, the residential vacancy rate in Canberra has continued to decline, while the rents charged to tenants has now stopped falling.

“Even so, and despite remaining strong, the growth in housing construction eased in the latest data, while the value of residential building approvals has fallen over the past year.”

What’s $10m among friends. The construction cost as you know is $710m. Though gather you alluding to the scary headline figure which includes construction finance running and maintenance over a 20 year period.

It’s getting cheaper all the time!