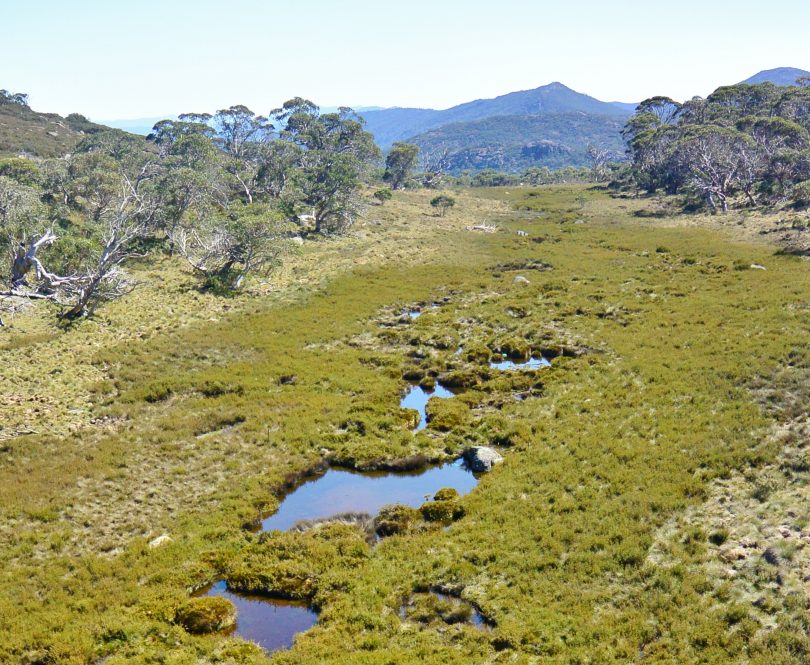 The increased risks of feral horses crossing into the ACT from NSW where they are now protected, has prompted the ACT to list unique wetlands in Namadgi National Park as ‘endangered’ to help better protect native habitats and wildlife, and the quality of the Territory’s drinking water.

Environment and Heritage Minister Mick Gentleman has added ‘High Country Bogs and Associated Fens’ to the ACT Threatened Ecological Communities List based on advice from the ACT Scientific Committee.

The NSW Government’s decision last year to stop culling feral horses in the Kosciuszko National Park, driven by Deputy Premier and Monaro MP John Barilaro who contends they have cultural significance, has been universally condemned by scientists and the ACT has said any that cross into the ACT will be killed.

Mr Gentleman said the ACT would now develop an action plan to engage with the NSW Government on cross-border management of Australia’s high country, including discussing the risks posed by feral horses entering Namadgi National Park.

Feral horses remain a threat to the unique Namadgi wetlands.

He said the wetlands played a significant and important role in filtering water that flows into the Lower Cotter Catchment area, which is the ACT’s main source of drinking water.

“These ecosystems are fragile and susceptible to increased temperatures and altered rainfall patterns caused by climate change,” the Minister said.

“Hooved animals such as feral horses, deer and pigs can destroy critical habitat and degrade the water quality by trampling or wallowing.”

High country bogs and fens are unique ecosystems that occur along high country streams, drainage lines, valley edges and valley floors more than 720 metres above sea level in the ACT. They are permanently waterlogged and typically have no trees due to strong, cold winds that sweep the area.

What a crock…..please we send thousands of CO2 polluting cars into the area every year…..no threat there….no road kill. People love to focus on low hanging fruit….things like climate change are put in the too hard bin….Canberra is lossing trees each year hand over fist…yet we are worried a few horses

You realize C02 is essential for all life on Earth and its not a pollutant its plant food. Its what make trees grow and they love it lol.

Horses are beautiful animals. But all hooved animals are bad pests in our high country – the most practical solution is to have trained shooters to dispatch them humanely. Horse meat makes good steak so maybe there’s a way of rounding them up like is done with other feral pests like goats. Perhaps it could help offset the cost of eradicating these ferals?

The feral beasts ought to eradicated or removed permanently by someone who cares for them.

Shoot them as they cross the border

The bush is no place for feral horses. The animals have a hard enough time in drought and heavy snow in winter. Allowing their numbers to grow in national parks is inhumane on them and irresponsible near water catchments and native flora and fauna.

Why not include deer, pigs and goats too?

Time to grow up, get rid of the notion that horses belong in the high country, and cull the bloody animals.