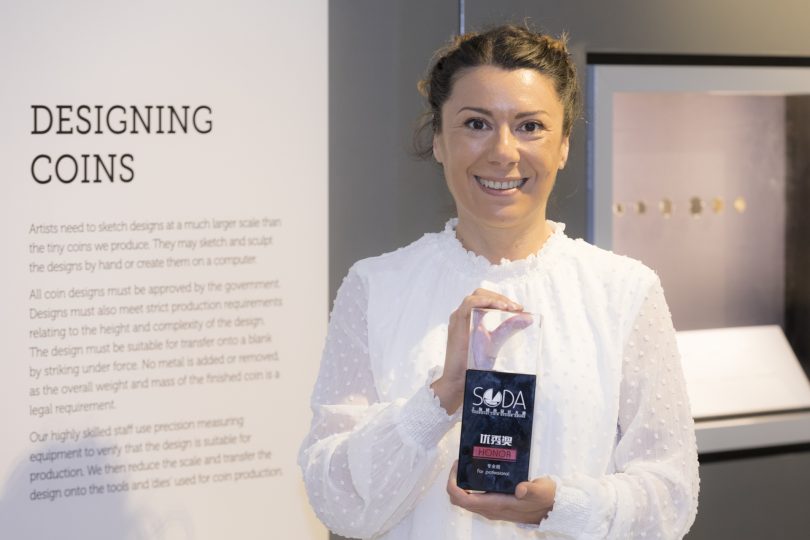 Aleks Stokic knows a thing or two about first impressions. As a Royal Australian Mint coin designer, her latest work – a single coin that, as yet, has no monetary value – has been rewarded at the first international coin design competition in China.

The coin itself was inspired by her first impressions of the City of Sydney.

“I moved to Australia eight years ago and I will never forget my first impression when I first walked out of the bus. So that idea became the concept design of how I first saw Sydney,” Aleks shared with Region Media.

The coin design reflects the contrast between Sydney’s vibrant, bustling CBD and its sprawling suburbs.

The obverse (main) side of the coin features a mix of strong lines and contemporary design, which represent the hustle and bustle of the CBD. 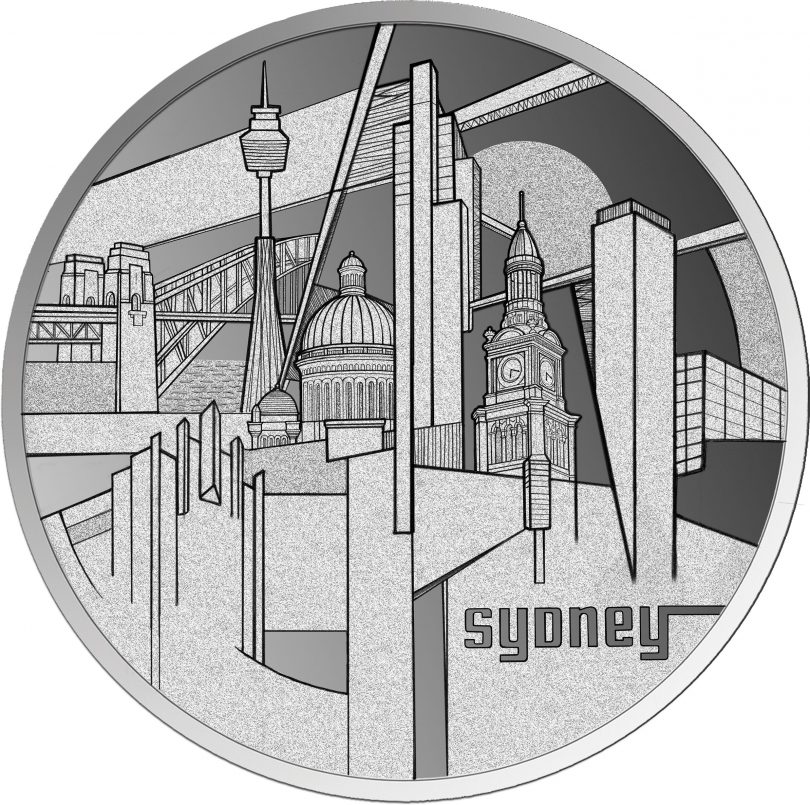 The obverse side of the Sydney coin, designed by Aleks Stokic. 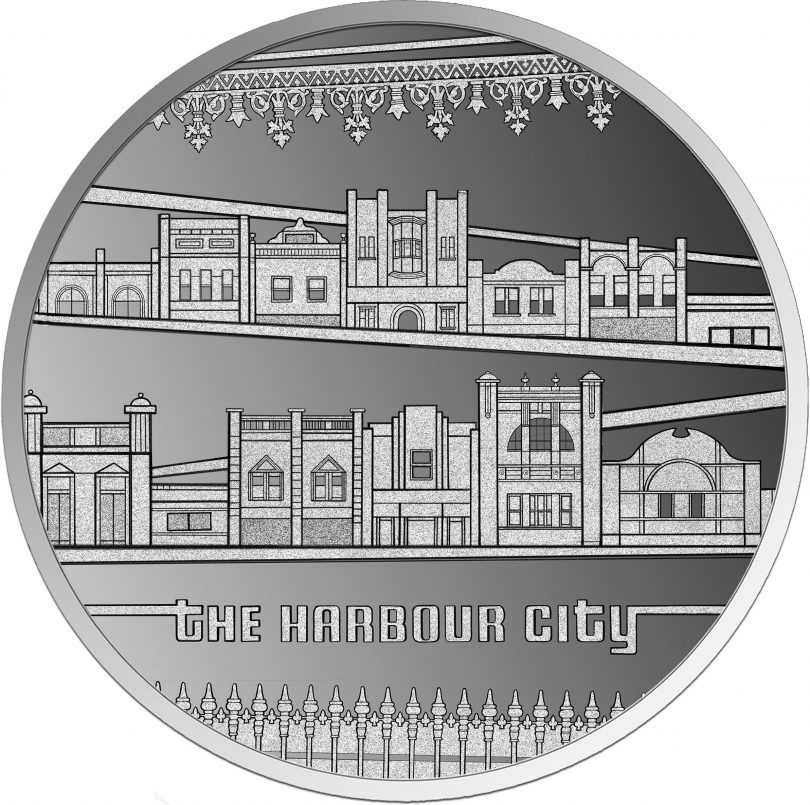 The reverse side of the coin depicts Sydney’s sprawling suburbs.

Aleks said she was proud to represent Australia at an international level. The coin was also an opportunity to have some freedom in the often structured design elements of most coins.

“Coin designers have to make a balance between creativity and technical parts. But with each coin, we are learning new things.

“Before we start each design, we have to do a lot of research about the things we are going to present on the coin, so I’m constantly learning about this country,” Aleks said.

“The coin has to communicate clearly and it also has to have enough information to create interest. But most of all, the design has to be accurate in terms of the history of what you’re showing. So there are quite a few details that go into a coin before it is made.”

Since 2011, Aleks has been pivotal in creating some of the Mint’s most celebrated coins. Her eye for detail and desire for perfection have been the foundation of many of the Mint’s coins in recent years.

Savvy coin collectors should keep an eye on the Mint’s website for the Kangaroos at Dawn 2020 $1 1/2oz fine silver proof coin.

Aleks grew up in a small town in north-east Serbia, where she developed a passion for art at an early age. At just 14, she attended the internationally renowned School for Design in Serbia’s capital, Belgrade, where she studied packaging design.

In 1998, Aleks began a five-year course at the University of Applied Arts in Belgrade where she was able to apply her acquired technical knowledge in a more practical sense. With her courses focusing increasingly on sculpture, she was able to hone her skills in three dimensions.

It was during her time at university that Aleks was introduced to the tools that would eventually lead to a career as a world-class coin designer.

In 2005, Aleks was accepted into the prestigious School of Metallic Arts in Rome where she learnt ancient artistic techniques from the best metallurgists in the world. Aleks won three International Coin Design Competition awards from 2007 to 2009, including her International Year of Astrology 2009 design, which was developed into a coin by the Japanese Mint.

Although her Sydney coin is yet to be minted, Aleks is hopeful it will one day become a sought-after coin for collectors.

“I have a small collection of Australian coins, but also some from other countries, so it would be nice to see this coin at least become a collector’s item,” she said.

“I’m working on a few interesting projects at the moment. They are all exciting and different and you will be able to see them sometime next year.”

Steve Brinkman - 35 minutes ago
Margaret Freemantle she cant View
Jennifer Fraser-Brown - 12 hours ago
Yep try the Pfizer one - the rate of anaphylaxis caused by the Pfizer vaccine is higher than the rate of thrombocytopenia fro... View
News 5

Vander Leal - 4 hours ago
You had spread city centres with departments and buildings, but that was way too boring, so you ask to put down the old build... View
Andrea Mya Riboust - 9 hours ago
Material for a Utopia episode 😄 View
Shawn Mulgrue - 9 hours ago
I’m glad I work for a small federal government department! View
News 30