Gallery claims a whole Canberra worth of visitors 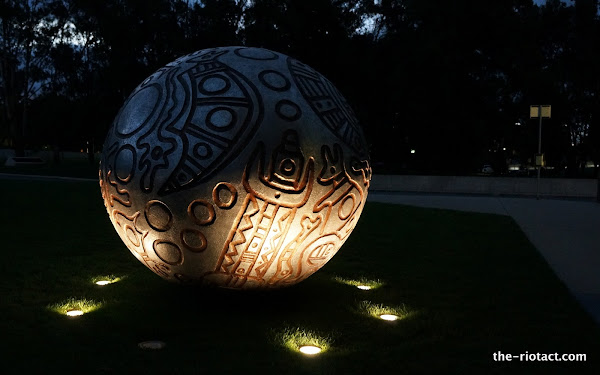 The National Gallery have announced the results of this year’s blockbusters:

The National Gallery of Australia today announced that the Turner from the Tate: The Making of Master exhibition attracted 153, 627 visitors from all over Australia to Canberra, bringing the total number of visitors to the Gallery’s two major exhibitions this year to 323,828.

The exhibition closed on Sunday 15 September 2013, after being extended for an additional week allowing many more people to visit the exhibition. Holding a major exhibition during the winter months gave visitors another reason to visit Canberra and provided the tourism industry an additional boost during the usually quieter winter season.

Ron Radford, Director of the National Gallery of Australia said today, ‘The Turner from the Tate exhibition attracted 153,627 visitors from across Australia, with almost 70% travelling from interstate to Canberra, and injecting an estimated $34 million into the ACT economy.’

‘We have never before held back-to-back blockbuster exhibitions.

It has been a challenging but rewarding experience for the Gallery and we are pleased that it has benefited Canberra’s economy. We’re also very pleased that the cold weather did not discourage people from visiting Canberra to see Turner from the Tate.’

‘The total estimated economic impact for the ACT from the staging of Toulouse-Lautrec: Paris and the Moulin-Rouge and Turner from the Tate: The Making of a Master amounts to $70 million.’

Kirrily Bowler - 27 minutes ago
There’s a great podcast about this. Spoiler: It did not end well ha ha ha... View
Colin Butcher - 1 hour ago
Freeze a jolly good fellow. View
Juliana Vallejera - 2 hours ago
I defrosted a chicken the other day. Sadly, upon defrosting it did not regain the ability to cluck or lay eggs. 😥 View
Opinion 184

Lou Phillips-Critchley - 35 minutes ago
If it has to change, what about Australian citizenship day on 17 September each year. The day is intended for Australian citi... View
Rowan Hartcher - 15 hours ago
Alan Hopkins like wise View
Peter Quinn - 16 hours ago
So when can we celebrate colonisation????. Whatever day is nominated it will always be contested View
News 10

Bradley Heanes - 18 hours ago
Didn't the defence department already appologise for this? (Even though they were assisting the RFS at the time) Didn't they... View
franky22 - 21 hours ago
Why can't the ADF simply state that they made a mistake. View
News 21

Julie Macklin - 22 hours ago
Mark Katalinic Likewise why not use the roads for car racing? No, silly suggestion, as is yours. View
show more show less
*Results are based on activity within last 7 days

A Belconnen GP surgery was forced into lockdown yesterday (21 January) over concerns that a patient had recently been to...
Community 24

Corunna Farm at Corunna is one of those rare properties which represents a generational opportunity for a landmark holding on the...
Community 24

@The_RiotACT @The_RiotACT
This week’s newsletter covers everything from a sumptuous Lebanese breakfast spread to algae in Canberra’s waterways to lively discussion around Australia Day https://t.co/hyR7zinwv6 (12 hours ago)

@The_RiotACT @The_RiotACT
Red & purple are the new black according to a group called the Red Hatters who provide encouragement + empowerment to women in Canberra https://t.co/nuHKJ26rGA (14 hours ago)