The Government says tenants will have greater security under the new laws.

But some of the measures are ringing alarm bells in the property industry, with warnings they may exacerbate Canberra’s already tight rental market.

The Government says the new laws will enhance the security and liveability of rental properties. Canberra’s rents are the highest in the nation and many of the city’s vulnerable, low-income and key worker tenants are struggling to cope.

The bill to be introduced to the Legislative Assembly next Thursday will shift the onus from tenants to landlords to justify a rental increase that is excessive beyond a basic CPI-based threshold. There would still be room for landlords to adjust to market conditions, but the default would be that rent increases should be in line with a set formula.

The bill will also curb the practice of charging amounts beyond what a landlord actually expends in cases where a tenant leaves early, especially when there is a replacement tenant.

The new laws will create a presumption in favour of allowing tenants to have pets. Many tenants have been forced to give up their animals so they can move to a new rental property.

Renters will also have greater rights to make basic modifications in their own homes, such as using Blu Tack on walls and picture hooks.

Managing Director of Property Management at Independent Property Group Hannah Gill said there would be little argument with basic modifications, especially in long-term tenancies, but she was concerned that if the proposed changes came in together, landlords and investors might think twice about being in the market, particularly with other costs rising.

“Essentially the property for a landlord is a business so where in business do you say we’re going to limit how much money you’re going to make from your business? I understand there’s an issue with shortage of stock and rental affordability, but the owner shouldn’t be worse off,” she said.

“If you sign a contract there are penalties if you break that contract, a lot of these changes have little regard to the landlord’s business, which is their property.”

Ms Gill said that with the state of the market tenants should not be too much out of pocket when breaking due to the quick turnover of tenancies.

“We don’t have properties sitting vacant eight or 10 weeks, we’ve got people lining up knocking down the door,” she said.

Ms Gill said she understood the situation of pet owners but landlords needed the protection of a pet bond.

She said there needed to be a balanced long-term strategy, not a kneejerk reaction in some instances to try to appease part of the market.

“We need to be mindful of what the long-term goal is, because the worst thing that could happen is that we have investors leave the market. It’s the worst outcome because it means housing affordability will become tighter and rents are going to continue to go up, and that actually doesn’t help anyone,” Ms Gill said.

“If there are protections for both parties then changes are fine to happen, but if it’s a one-sided debate then one party is worse off, it’s not a good idea.”

Minister for Business and Regulatory Services, Gordon Ramsay said the Government was committed to making sure that people, especially vulnerable people, in our community had the protections they needed in the rental market.

“These laws are yet another step towards more secure, liveable and affordable housing for all Canberrans. We will continue our work on the issues that affect renters, following on from the detailed consultation we have done on tenancies and other living arrangements like caravan parks, student accommodation, and boarding houses,” he said.

“This Government will keep working to deliver amendments and services that support our housing priorities and will continue to deliver legislation and policy reforms that prioritise the most vulnerable households in our community.”

Sadly the owners will just reject people with pets. Don’t see the benefit in this, you never know why you’ve been knocked back for a rental so it’s easy to get away with.

Are renters aware – that a property investor must pay a (Land Tax) which i assume will be past onto the renter. Places near me are $4000 per year = $77.00 per week for the renter to cover this little cost from the local Labor/Green government. Maybe people should take that up with the local government and get a rent decrease. Land tax is easy to find on Allhomes if you look. Maybe even check out how much it is on where you are renting. The local Labor/Green Government has it’s hands down the investor pants looking for the last of the small coins. Guess who gets to wear what the government charges the investor – DA RENTER!

Should be amusing. If I were still in property investment, I wouldn’t be renewing my current tenants lease, getting new tenants and banging up the price to cover likely damage from pets and modifications. Going to bet that happens a lot if this bill passes. Enjoy your cats and picture hooks, they’ll cost you an extra 60 bucks a week.

I’m not sure what people expected when the industry is saturated and inflated by investors. More investment properties = more people renting = less people owning their own home. Additionally, there are a substantial amount of investors who rent anyways, so this also helps them. *shrug*

Nai-Jit Lam about that dog….

and what do you reckon will happen to these properties once they’re off the rental market?

Do you allow pets in your rental property(ies), Roma?

Elise Bee what rental properties, I was just stating the obvious.

To do what with them?? 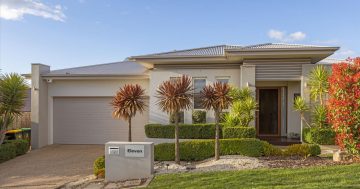