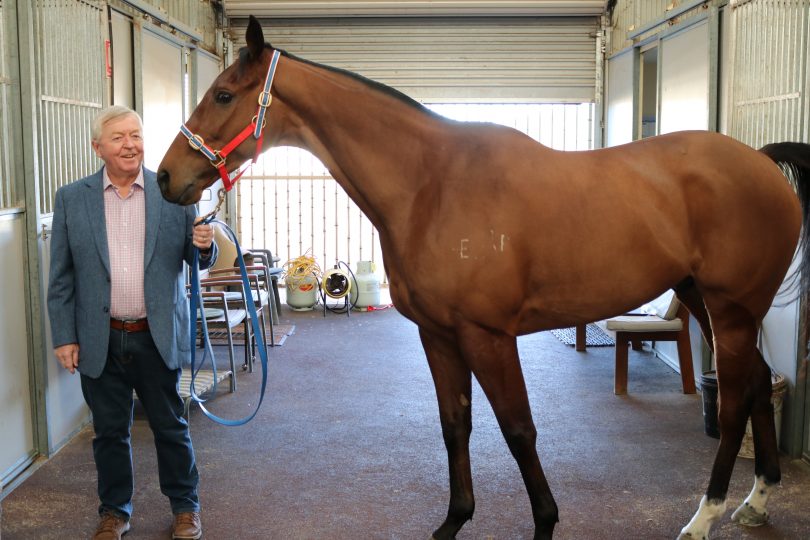 It will be a fitting finale for recently retired Canberra Racing Club committee member Paul Miller if a horse close to his heart can secure him the coveted ‘Canberra Horse of the Year’ award this afternoon at Thoroughbred Park.

The day’s feature race, TAB Federal, has been renamed the Paul Miller TAB Federal in honour of Miller, who served on the Canberra Racing Club committee for over seven years and brought with him a wealth of racing and wagering knowledge.

Miller’s involvement in the local racing industry spans more than 40 years and includes time as an ACTTAB executive, the general manager of a sports betting company and as an owner of many horses including 2019 Port Macquarie Cup winner Rapido Chaparro.

In a wonderful coincidence, one of Miller’s horses, the Keith Dryden-trained Balonne will line up in the Paul Miller TAB Federal.

Balonne sits atop the ‘Canberra Horse of the Year’ standings with 3 wins and 1 second in the 2019/2020 season. Balonne is especially close to Paul’s heart.

“Balonne is actually named after a street in Narrabri where I grew up, and his stable name is ‘Thomas’, which is my middle name,” Paul said.

Only stablemate Sweet Knuckle and Mick Smith’s Street Cred are within striking distance of Balonne, but a win or second placing would see Balonne crowned named ‘Canberra Horse of the Year’. It would also be the second time for Miller after Ainzali won in 2014/2015. 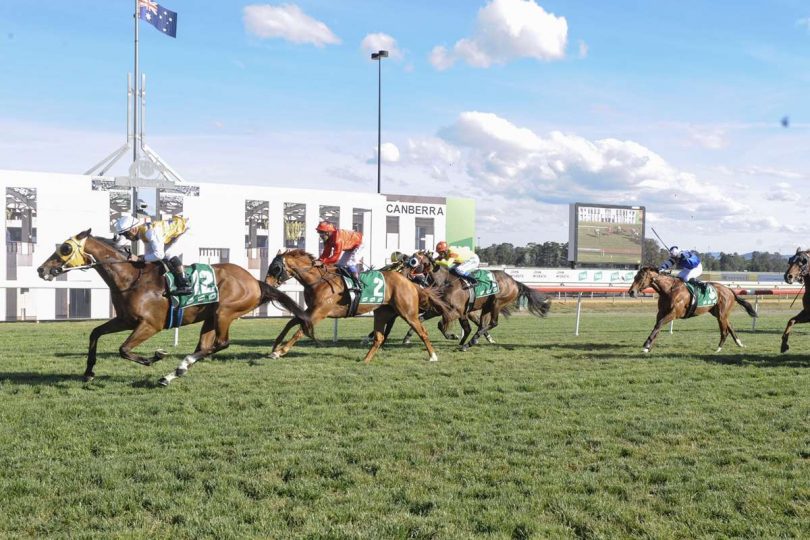 Webtech Racing, managed by Miller, will also take out the ‘Canberra Owners of the Year’ if their galloper were to secure victory. The two awards will be decided at Thoroughbred Park today at 3:55 pm with the running of the Paul Miller TAB Federal.

Old friends Miller and Dryden will be watching with eager anticipation.

“We have been friends since 1967 when we played football together for Ainslie. It would be fantastic to win another Canberra Horse of the Year award with Keith,” Miller said.

“I actually introduced Paul to racing, at the time he would have been the last person you would think would buy into a horse,” Dryden laughed.

“But looking back it looks like the gamble paid off.”

Balonne is a big chance in the Paul Miller TAB Federal according to Keith Dryden.

“He has been going really well of late without much luck and I think he’ll be right in the finish on Friday,” Dryden said.

“I hope he can take out the Canberra Horse of the Year for Paul. He is a great friend and has been a valued contributor to the Canberra Racing Club over the past seven years.” 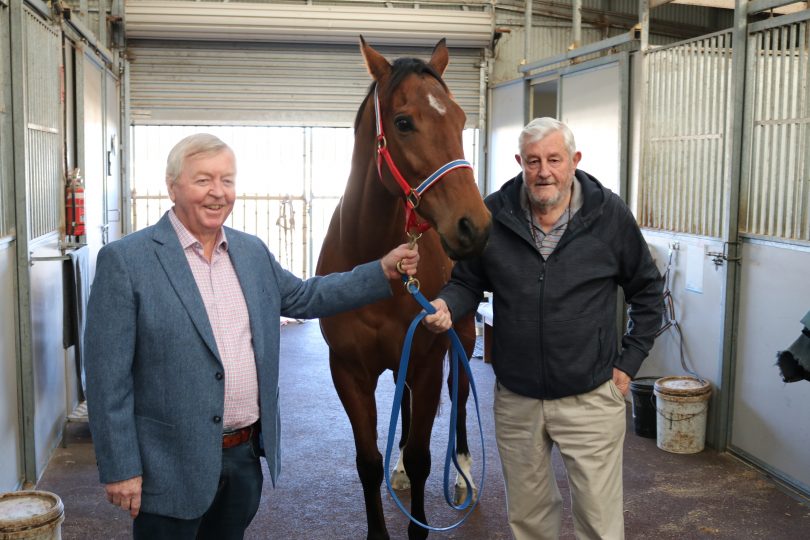 Russell Nankervis - 5 hours ago
Lori J Tas better vote Greens then. They value public institutions like this View
Monica Tiffen - 8 hours ago
It is a very interesting place. I hope things are worked out!... View
Teresa Layton - 8 hours ago
Mark Huppert agreed. What an obscene amount of money being thrown at something that requires no change. View
News 70

Anthony Briscoe - 7 hours ago
Barr BARR from opening his mouth and send the RAT to kingdom come for a start View
Jack Hearps - 9 hours ago
Yep ... ignore international perspectives and focus on our navel ... especially enriching our local religious zealots ... lib... View
Russell Nankervis - 9 hours ago
The Canberra Liberals will never change. Climate change affects us all and the UN set important benchmarks to meet. Pretty su... View
Food & Wine 14

Gerald Lynch - 10 hours ago
Not a “museum”; it’s a memorial. The Imperial War Museum doesn’t hide its purpose under any other name. If we want a... View
Gerald Lynch - 11 hours ago
The title is the “Australian War Memorial” nothing more, nothing less. Not an educational institution, not a fun park for... View
Motoring 37

chewy14 - 11 hours ago
Another great sentencing outcome by our courts that will really provide a great disincentive to individuals in the community... View
Food & Wine 1

Nick Swain - 11 hours ago
There was a lot happening in the Chinese restaurant scene in Canberra late 50s and early 60s. Before that - not much Chinese... View
show more show less
*Results are based on activity within last 7 days

A sure bet as Canberra activists make presence felt