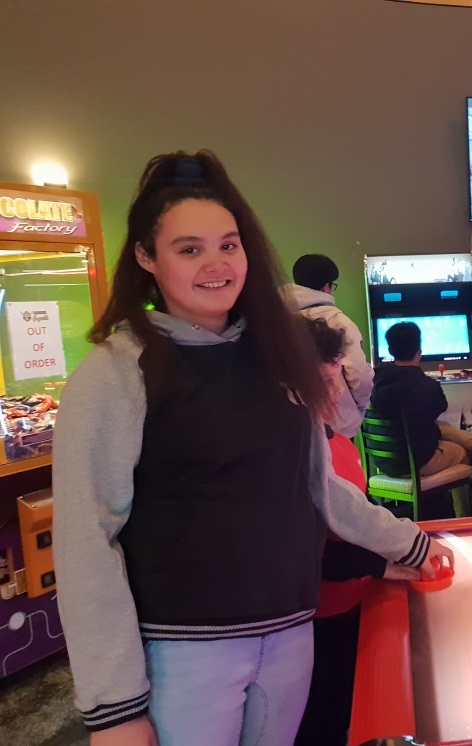 UPDATE: ACT Police have said Tanya has been found safe and well.

ACT Policing is asking for assistance in locating 15-year-old Tanya Thompson-Brown who has been missing since Monday morning (2 December).

Police and her family are concerned about her welfare.

An ACT Policing spokesperson said Tanya was last seen in Fisher and is described as having an olive complexion, about 170 cm (5’6”) tall, with a large build and long, dark hair.

The police are asking the public for any information that might help find Tanya, and are urging anyone with any knowledge of her whereabouts to contact ACT Policing operations on 131 444 and quote the reference number 6467740.

Andrea Kerr - 31 minutes ago
Kim KD Winks the developer has paid $400,000 in settlement to the government after many months of negotiations that’s a lit... View
Property 8

Graham Byrne - 10 hours ago
I was wondering what all those cameras were about. They are everywhere. But I’d rather see more red light cameras. View
Property 15

JS9 - 10 hours ago
Absolutely agree Brendan. Unlike some on here who seem to see apartments as almost the work of the devil, I don't mind densif... View
HiddenDragon - 11 hours ago
Hooray! - we're one of the richest (on paper) countries in the world with one of the dumbest economies - having dropped from... View
bj_ACT - 16 hours ago
ACT Government should be mandating apartment buildings with 3 bedrooms or large two bedroom units with multiple living areas.... View
News 7

Mike of Canberra - 10 hours ago
Over many years, the only consistency I've seen from the green-left is their apparent dislike of ordinary working people actu... View
News 6

steve2020 - 12 hours ago
The disrespect towards women had been encountered in many workplaces that I had worked in, in Canberra. The irony is that bec... View
jybrik - 19 hours ago
What a thoughtless, demeaning comment. "So, get over it" is a sentiment that we as a society should be fighting against, as i... View
Business 1

Nick Swain - 12 hours ago
Even in the hardest lock down time Green Square was the place to hang out - there was a strong sense of community. Many of us... View
Community 25

Bernard - 23 hours ago
Problem ACT Government have with promotions and perceptions (possibly the realities) of conflicts of interest are nothing new... View
News 12

Capital Retro - 23 hours ago
Given we were told last year's hot, summer weather was the new norm, does this mean this year's coolest summer in 10 years sh... View
Kay Makin - 24 hours ago
Amanda McLean this looks like one of your beautiful water paintings. View
Motoring 2

keek - 23 hours ago
Yeah, you basically have to ride like everybody else on the road is trying to kill you. People trying to change lanes on top... View
Lifestyle 29

Jackie White - 23 hours ago
There's always one or two hanging around my place each year, but without fail, they wander into the neighbour's yard and her... View
show more show less
*Results are based on activity within last 7 days

Roasted garlic ice cream, pistachio and cherry essence, spearmint and salted caramel - these were the ice cream flavours that...
Property 14

The ACT Government has promised a greener, safer and passenger-friendly Woden Interchange, with plans lodged for the $35 million project....
News 31

Have you seen 16-year-old Samantha?

@The_RiotACT @The_RiotACT
Canberra has been discovered. Let's hope we can relish the opportunities and overcome the challenges that brings, says Ian Bushnell https://t.co/0Nbtm98Tn1 (2 hours ago)

@The_RiotACT @The_RiotACT
What do you think of Allycorn? The giant pink unicorn will grace Canberra's skies as part of the Canberra Balloon Spectacular! Here's where you can catch this fantastic creation, and say hello to Skywhale and Skywhalepapa https://t.co/6Nw9532xSJ (12 hours ago)

@The_RiotACT @The_RiotACT
With a long weekend coming up in the ACT, there’s lots to see and do in Canberra as Enlighten gets into full swing https://t.co/FoK8puPWeE (13 hours ago)