Help save bears and orangutans 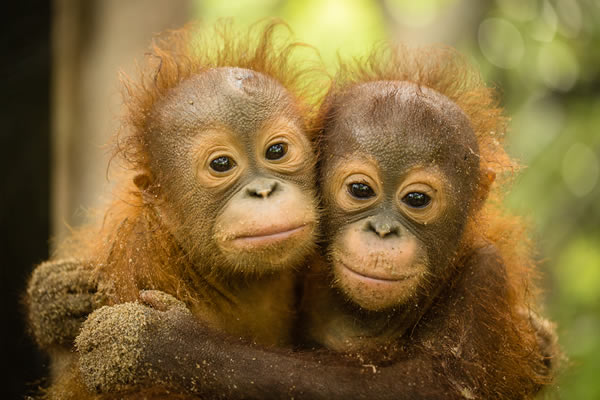 Canberra is hosting several exciting events to help celebrate World Environment Day on 5 June. A particular focus will be on raising much-needed funds and to become more informed about the dire situation bears and orangutans are facing. Saving bears and orangutans is reaching crisis point – orangutans could be extinct in the wild in the next ten years!

Orangutans won’t have a forest home left due to rapidly expanding palm oil plantations and habitat loss in Borneo and Sumatra.

In Asia, bears are increasingly threatened by the activities of humans; trapped in crude wire snares, butchered for their body parts or caged for the extraction of their bile, they are one of the most highly sought-after species in an illegal trade that is decimating the region’s wildlife.

Two international conservationists are leading the way. The President of Wildlife Asia and The Orangutan Project, Leif Cocks, and the CEO of Free the Bears, Matt Hunt, will be in Canberra conducting unique and exclusive events between 4 and 7 June. This includes:

Details and tickets from www.orangutan.org.au/upcoming-events

Brian Myerson - 11 hours ago
Your article does not mention that every person in Canberra should be extremely proud that almost every year they achieve one... View
Property 17

Shane Westmore - 11 hours ago
parking outside Woolies is all 2-hour paid, it's guaranteed this'll be the same... Coles will love turning that area into a m... View
show more show less
*Results are based on activity within last 7 days

It’s a rookie mistake, and one I instantly regret. As I join my friends at the dining table at Burns...
Breaking 0

A little under a year ago, the ACT Government announced that e-scooters can be legally driven on shared paths and...
News 39

The staff and customers at Jindabyne Bowling Club were surprised to see a brown snake slither up to the bar...
Property 32

@The_RiotACT @The_RiotACT
Hot in the City: Al Manoosh is serving up a Lebanese breakfast spread in Mawson https://t.co/NbUW7gTjh2 (40 minutes ago)