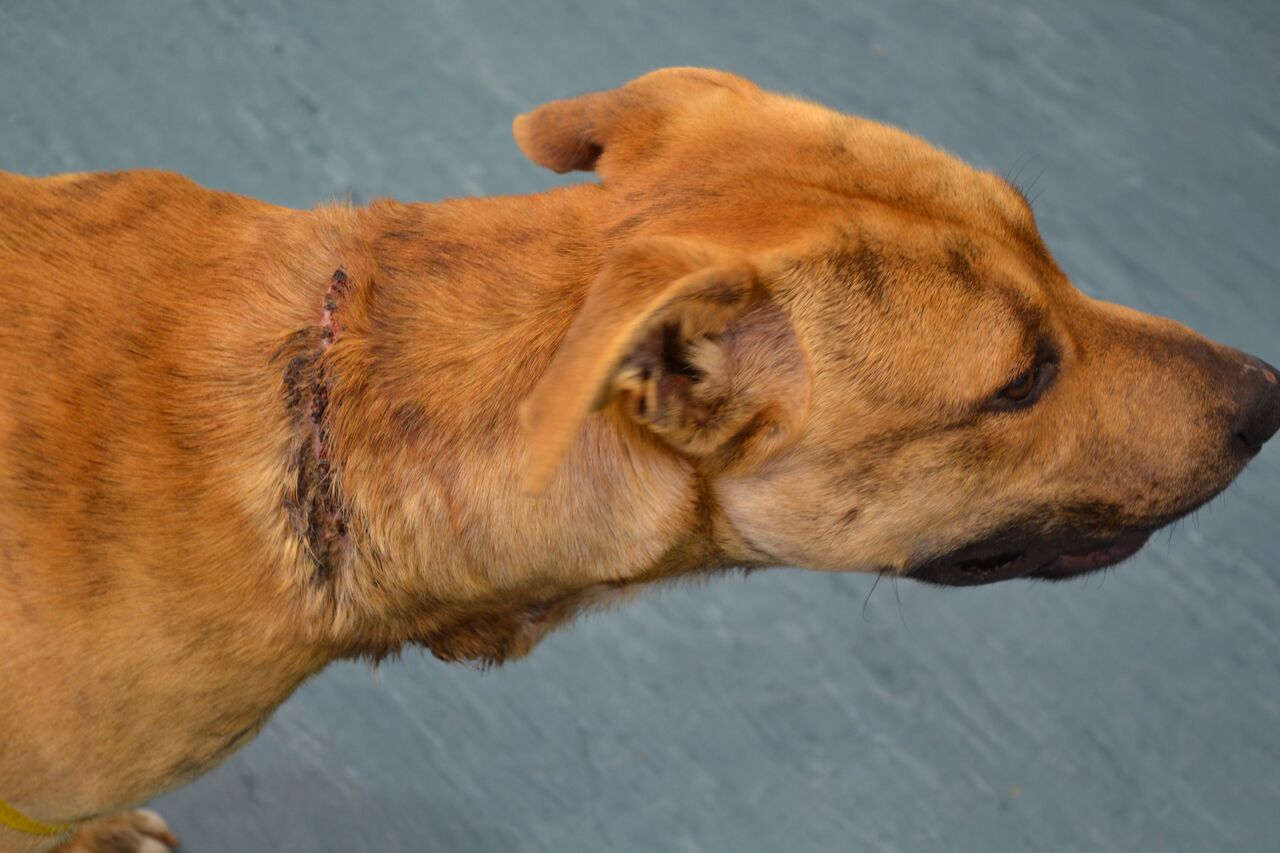 A Higgins woman has entered into a good behaviour order for 12 months and been given a five-year animal ban following an incident last year where the RSPCA seized a dog with a chain embedded in its throat.

(Warning some people may find the images in this article distressing).

The RSPCA ACT today reported that Hena Felila of Higgins was found guilty last week for failure to take reasonable steps to provide an animal with appropriate treatment for injury and the confinement of an animal in a way that caused injury to an animal.

“On the 28th June 2016, the Inspectors were called to Ms Felila’s house after concerns were raised for a large mixed breed dog that was tethered to a tree with no shelter or access to water. The dog was surrendered and was taken to the RSPCA ACT vet clinic for medical check-up,” the RSPCA ACT said in a statement.

“Upon examination, the veterinarian found the dog, now named Khan, to be underweight, fly bitten, grazes on his muzzle and scabs on his ears.

“His most significant injury was a deep wound around his neck, consistent with being tethered inappropriately for a prolonged amount of time,” the statement said.

“On his throat, a deep and crusty raw wound approximately 4cm deep was found. The chain that was restraining Khan was almost entirely embedded into the tissue. 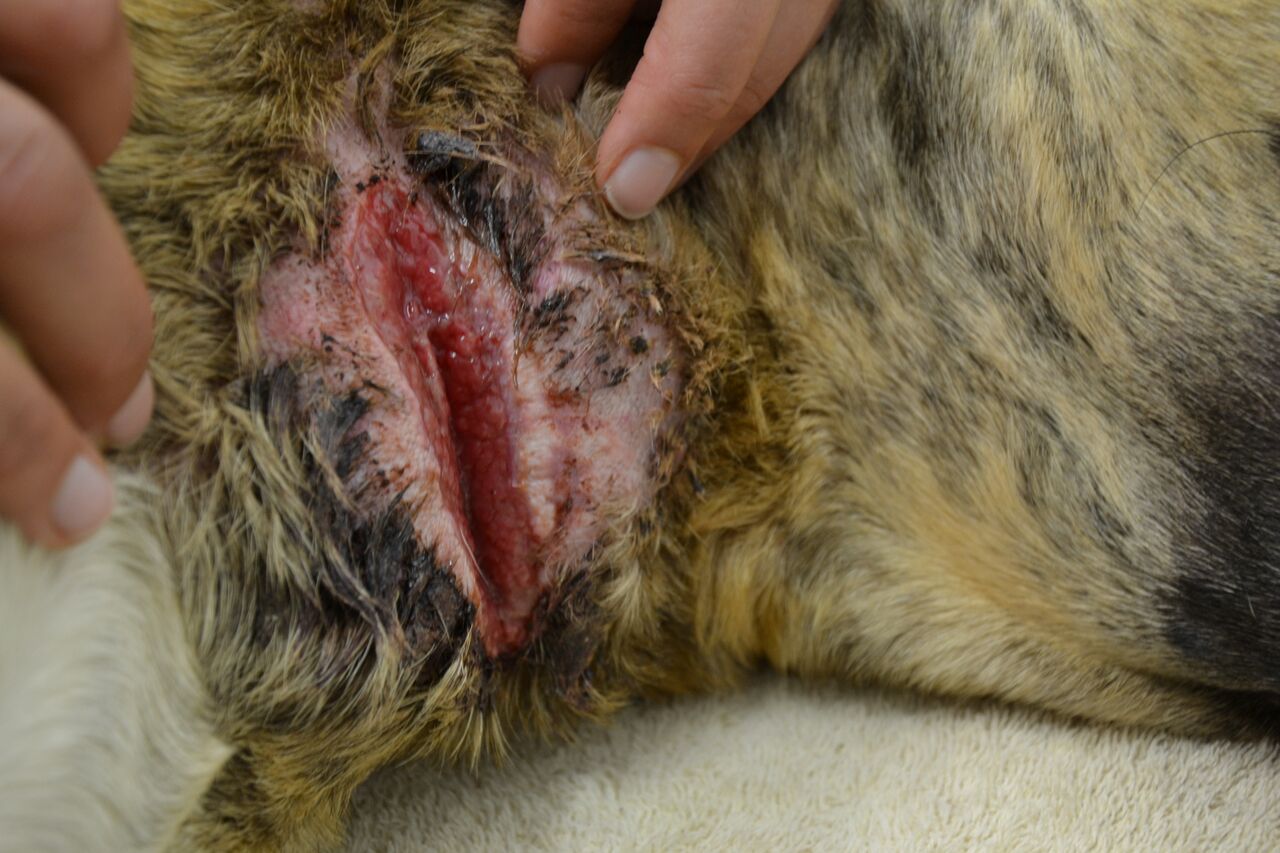 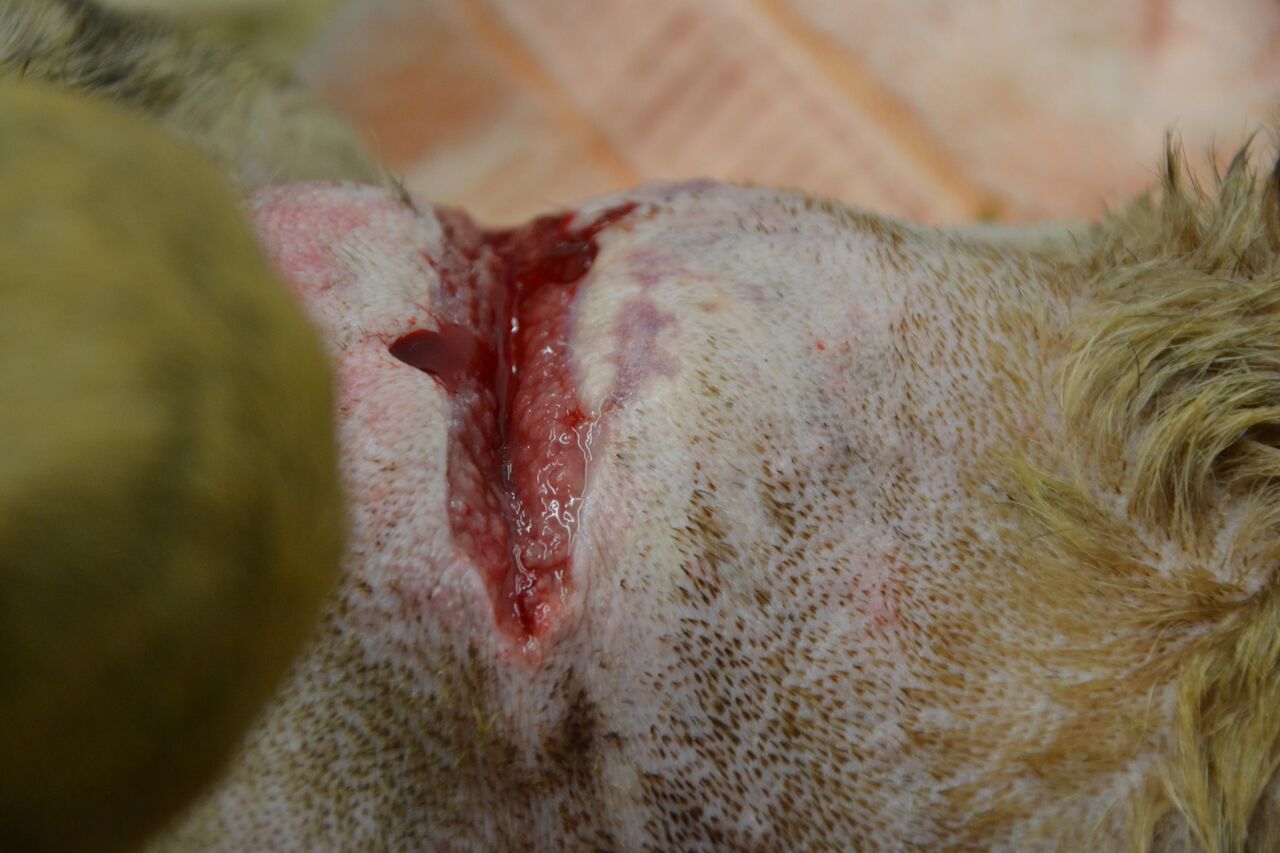 “The biopsy from the wound’s centre indicated extensive scarring, consistent with extensive damage over a period of months.

“The veterinarian in charge of the Khan’s care described the wound as “grossly contaminated with dirt and hair”. The wound had sawed into the muscle fibres of the neck.

“It was concluded that the large wound was immediately apparent to any reasonable person with even cursory contact with the animal,” the statement said.

“Ms Felila neglected to seek veterinary attention for the injury which resulted from an inappropriate restraint sawing into the tissue of the animal’s neck for an extended period.

“Ms Felila agreed with the statement of facts submitted to the court by RSPCA ACT and did not attempt to minimise or justify her behaviour.

“She was sentenced to one month’s imprisonment, released forthwith upon entering into a good behaviour order for a period of 12 months and a five-year animal ban.”

CEO Tammy Ven Dange said she was relieved by the sentence.

“This case shows the horrible side effects when a dog is inappropriately tethered and neglected,” Ms Ven Dange said.

“We hope that others will avoid pet ownership if this is the way they choose to care for their pets.” 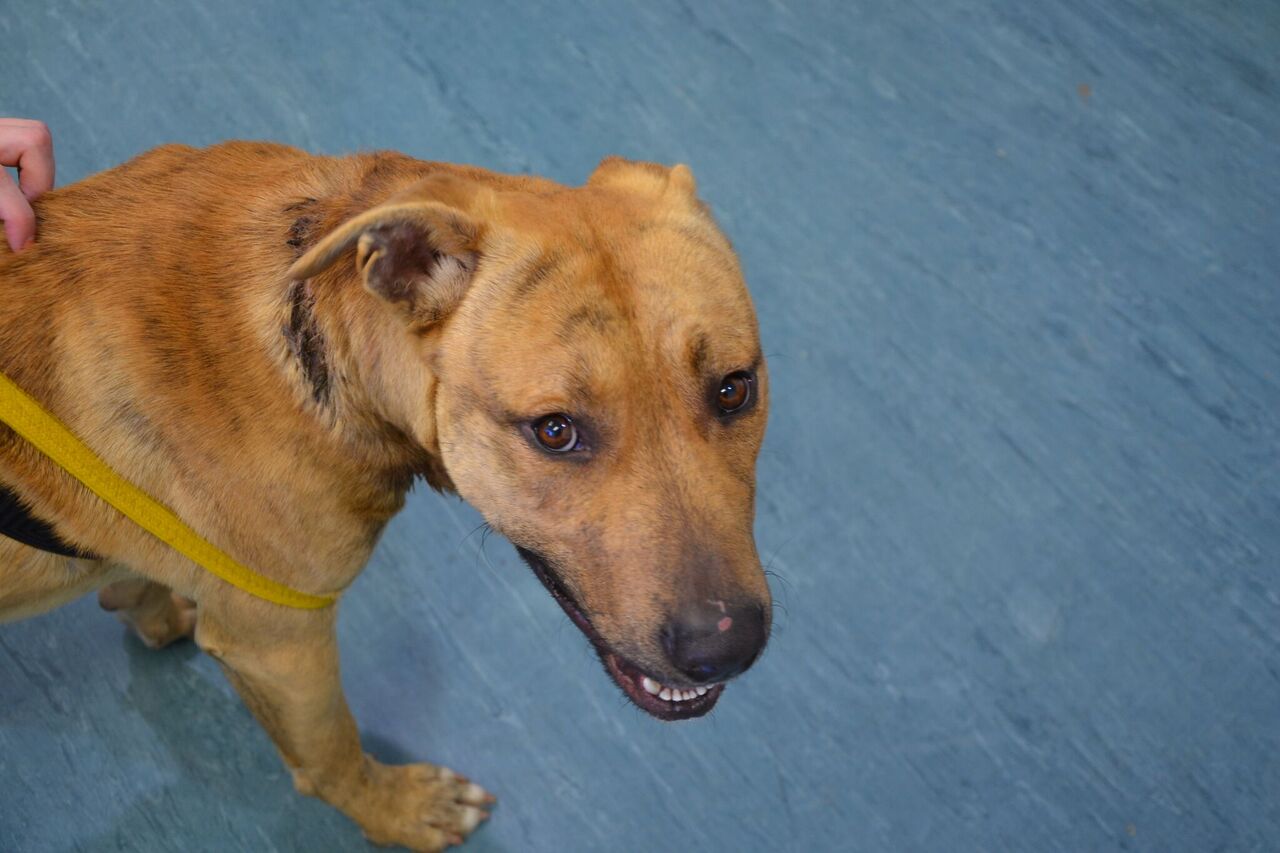 I am fed up reading about these animal abusers getting off with ‘good behaviour’ orders (whatever that means) and a few years’ ban from owing an animal. These penalties are nowhere near the maximum for such offences under the Animal Welfare Act.

Tom Adam - 37 minutes ago
Natalie the Woden area around the bus depot. (Where they had to due to land sale agreements). Not the Phillip business Centre... View
Natalie Roseworn - 56 minutes ago
Tom Adam they announced some major refurbishments for Woden/Phillip not long ago. View
Lucy Irene - 9 hours ago
Mmm, not sure why ‘rainbow’ roundabouts could be an issue, curious! View
Property 20

Tricia Lawrence - 3 hours ago
Sad beyond words. View
Elizabeth Croft - 12 hours ago
I live in hope they re-open View
Community 3

John Hutch - 4 hours ago
I thought that these protests were a disgraceful display of the left-wing mentality and agenda to maintain oppression and vic... View
Capital Retro - 5 hours ago
"marginalisation by choice" being the PC term for "victim industry"? View
Spiral - 8 hours ago
Does anyone have accurate recent stats on how bad the problem really is: This article: https://www.news.com.au/national/black... View
News 1

Capital Retro - 6 hours ago
"The study did not analyse pre-existing conditions" Nothing to see here folks, move on.... View
News 36

George Watling - 10 hours ago
Is there actually a need for more embassies? Has there been a sudden rush of new countries needing embassy accommodation in A... View
Lifestyle 3

Chris Liddiard - 11 hours ago
Kirsten Madsen thank you for this. I’m sure she will be interested. She is really missing band at the moment. View
News 49

Stephen Dixon-Jain - 11 hours ago
Thanks for the suggestion, Julie. I've just adourned our letter box with the colours of the Aboriginal flag. Stephen View
show more show less
*Results are based on activity within last 7 days

@The_RiotACT @The_RiotACT
Heat-related deaths are at least 50 times more common than recorded on death certificates, according to two ANU researchers who are pressing for 'climate change' to be acknowledged as a cause of death https://t.co/G1W35CdPg1 (2 hours ago)

@The_RiotACT @The_RiotACT
While most of us were working from home, our health professionals were on the front line of COVID-19. But like many (male) Canberrans, they let themselves grow and COVID became MOVID. Check out their efforts https://t.co/KVLsKnJCTk (3 hours ago)

@The_RiotACT @The_RiotACT
For Our Country, the Australian War Memorial’s Aboriginal and Torres Strait Islander memorial, has taken out the top gong at the ACT Architecture Awards on Friday night, winning the prestigious Canberra Medallion. See all the winners https://t.co/dKch27SZqs (5 hours ago)