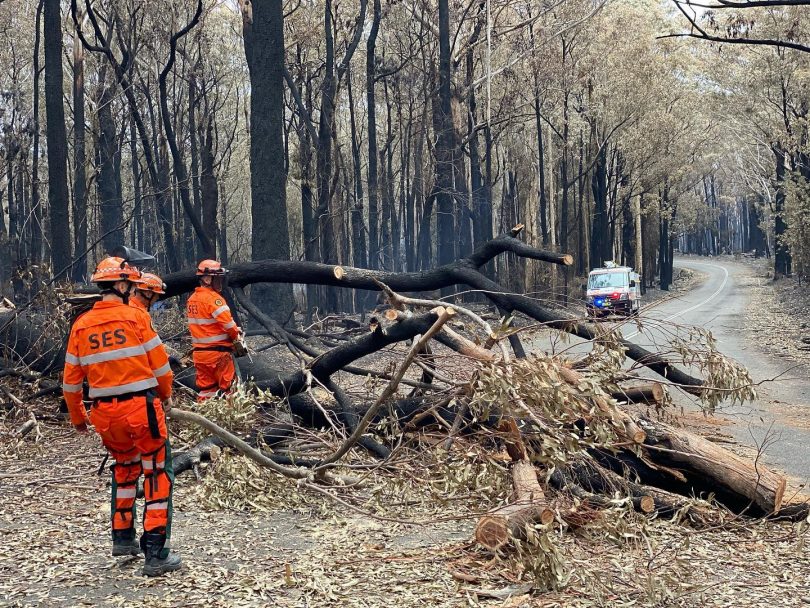 The Princes Highway between Batemans Bay and Ulladulla has reopened as residents in the area begin returning to their homes, despite the Currowan fire continuing to burn out of control in some areas.

The highway reopened shortly after 8:00 pm last night (9 December), having been closed in both directions last Friday (6 December).

A reduced speed limit of 80 km/h is also in place, with a further speed restriction of 40 km/h at Termeil due to fallen trees and damage to infrastructure in the area. Access to Termeil remains closed.

Roads into the coastal towns of Durras, Bawley Point and Kioloa have also reopened, with residents asked to take extra precautions when driving.

The NSW Rural Fire Service’s south coast public liaison officer, Phil Patterson, said residents of Bawley Point and Kioloa who choose to return may do so, but need to remain aware of conditions and be prepared to act decisively if circumstances change.

The Kings Highway remains closed between Braidwood and Nelligen, with no word on when it may reopen. There are reports of fallen trees on the road, with State Emergency Service teams working to clear the road as soon as possible.

The Araluen Road between Braidwood and Moruya also remains closed due to backburning operations which are impacting on the safety of the road.

Mr Patterson has confirmed that 11 properties were destroyed by the Currowan fire. Specific locations of these properties have not been released, other than that they are on both sides of the Princes Highway.

Six firefighters sustained injuries that required further treatment, while a further two were treated for minor injuries while fighting the blaze that has now burned more than 80,000 hectares.

“Conditions are expected to deteriorate on Tuesday. This may see the fire spread to the east and north following a southerly change,” Mr Patterson said.

“There is also still some active fire in the areas around Benandarah, Windywoppa, Currowan and other areas on the northern side of the Kings Highway.

“Patrols are doing limited tactical backburning as required and they will also do some direct attack water-bombing on the active firefront on the Yadboro Road and Woodburn Road.”

Mr Patterson said if you are in an area that has already been affected by fire, there may be small areas of active fire burning for some time. 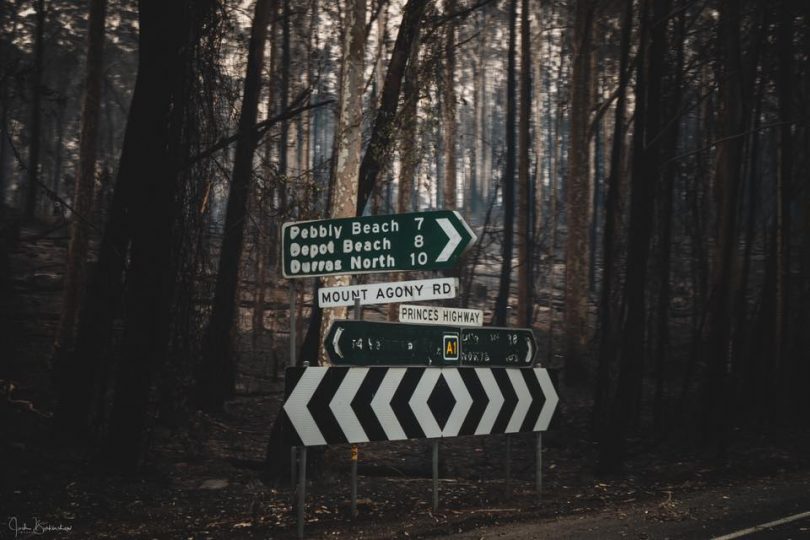 A number of national parks, including campgrounds in the Murramarang National Park, remain closed. Further information is available on the NSW Parks and Wildlife Service website.

The Bureau of Meteorology issued a strong wind warning this morning for waters between the Hunter and Eden coastlines as a southerly change moves into the area today.

Southerly winds will reach 15 to 25 knots, before increasing to 20 to 30 knots during the afternoon and evening. The change will continue into early Wednesday before stalling and weakening.

NSW RFS Commissioner Shane Fitzsimmons today said, so far this season, fires in NSW have now burnt out 2.7 million hectares with a perimeter of 19,235 kilometres. There are 85 fires burning, of which 42 are uncontained. Around 2700 firefighters are in the field.

May Agnew - 1 hour ago
I am being blocked from SHARING my above comment -not allowed to speak the truth these days --WHAT NEXT ?? View
May Agnew - 1 hour ago
Turning the beauty of Canberra into a concrete jungle now and to think that so many hard workers who built this beautiful cit... View
Jamie Peterson - 5 hours ago
This article is the same as a puff piece for Andrew Barr 😂😂😂😂😂😂😂😂😂😂😂😂😂😂😂😂😂... View
Lifestyle 65

HiddenDragon - 7 hours ago
The attractiveness, or at least acceptability, of online learning for international students will surely depend on whether th... View
Janet Mulgrue - 7 hours ago
I did my masters by correspondence before the days of online study. I found it great as I was also working full time. I was a... View
Anissa Jones - 8 hours ago
An article written by a non-teacher commenting on educational practices. What’s wrong with this? Hrmmm Could it be he has n... View
Community 2