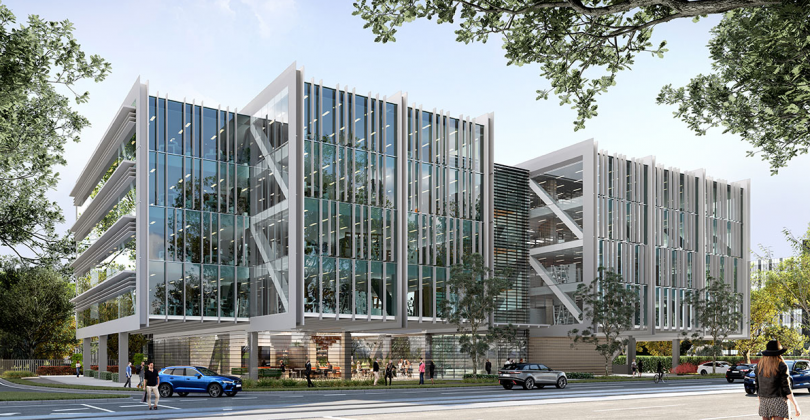 A render of the proposed office complex in Woden. Images: Canberra Town Planning.

Canberra developer Hindmarsh has unveiled its latest project in the Woden Town Centre, a five-storey office complex on the southern corner of Wilbow and Callam Streets.

The site is close to Hindmarsh’s twin towers proposal for the corner of Easty and Wilbow Streets, a three-building complex sitting on a four-level podium that includes 25 and 26-storey towers containing 437 apartments.

Calling it a boutique commercial building in the heart of the vibrant Woden Green precinct, Hindmarsh says on a website dedicated to the new project that the proposal has been informed by extensive work and a range of design options undertaken over several years, including consultation with the ACT Government and neighbours within Woden.

Designed by Scott Carver Architects, the proposed building will provide about 8,500 square metres of office space, on-site amenity for its occupants, ground-floor lobby and atrium, and basement car parking.

Hindmarsh says shadow studies done on neighbouring buildings to understand the existing and future solar impact once the development is complete are available for public viewing and feedback as part of the Pre-Development Application Consultation process and will also be available during Development Assessment.

“The project team recognises the significance of the site and the opportunity to deliver a considered conceptual design that is functional, and sympathetic to the surrounding development and existing community,” the developer says. 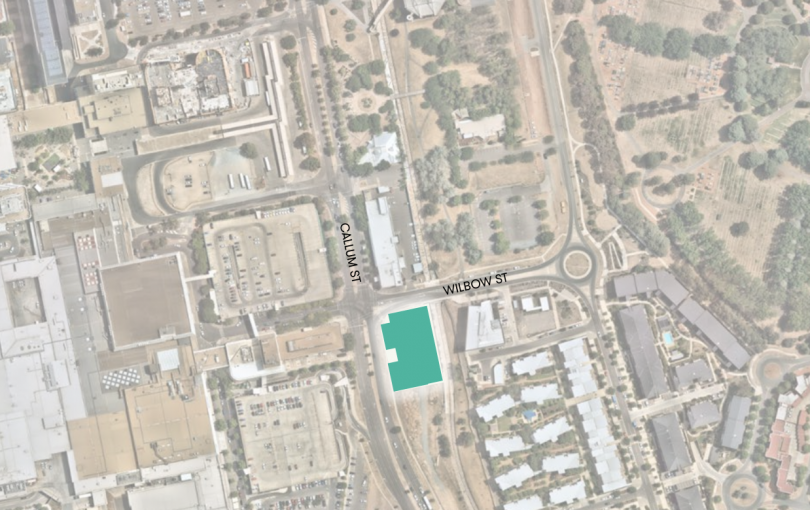 It says that the project will generate some additional noise and traffic during construction, and when complete there will be extra traffic and pedestrians.

A traffic report will be prepared as part of the Development Application and will be available for public viewing and comment.

The site, formally known as Block 10 Section 156 Phillip, is adjacent to Yarralumla Creek and the Woden Police Station, and is currently vacant.

It is well connected to recreation facilities and public transport, being close to the bus interchange and the future light rail terminus, as well as adjoining cycleways and walking paths.

Hindmarsh bought the land from the ACT Government as a designated development site.

The creation of fresh office space that will contribute to employment in the Town Centre will be welcome after the flurry of big high-rise residential developments currently under construction or proposed.

A Development Application prepared by Canberra Town Planning is expected to be lodged in April, with construction to commence if approved in the third quarter of 2020, for a 16-month build.

Couldn’t look any worse than the Health Point building 🤷‍♂️

It’s a vast improvement on most of the other buildings especially the Health Point. Hopefully it will block it out.