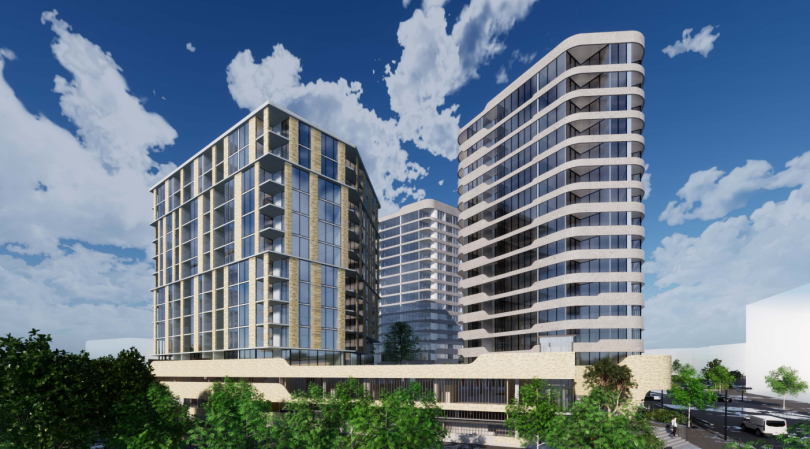 An artist’s impression of the redesigned development viewed from the south-west: Images: Cox Architecture.

Canberra developer Hindmarsh has again scaled down its massive mixed-use development in Woden, swapping 25-storey twin towers for three smaller structures up to 17 storeys, and scrapping the planned commercial tenancies on the ground floor.

The original proposal on the corner of Easty and Wilbow streets included four towers of between nine and 27 storeys in height, with 710 apartments, above and below-ground parking, internal landscaping, and ground-level commercial space.

But after community concern about its scale, overshadowing and changes to the planning laws, Hindmarsh lodged a development application last year for a three-building complex sitting on a four-level podium – 25 and 26-storey towers containing 437 apartments, including penthouses, and eight townhouses on the south-east of the podium.

Despite the changes, at the time the Woden Valley Community Council and nearby residents remained unconvinced by the proposal.

The residential towers would have been the tallest south of the lake, and Hindmarsh says the marker site allows for ”signature” buildings.

The new changes are in response to feedback from the National Capital Design Review Panel which also had concerns about height, overall bulk and scale, visual amenity, overshadowing, landscaping, interface to surrounding streets and open space, and a failure to respond to the Woden Town Centre Master Plan.

Hindmarsh has lodged an amended DA and now proposes 17, 16 and 13 storey buildings and fewer units, reducing the number of from 445 to 419 one to three-bedroom units.

It will now remove the four-storey terraces to the south-east of the site and rearrange the towers to allow more landscaped open space on site and provide more sunshine to dwellings in the southern tower. 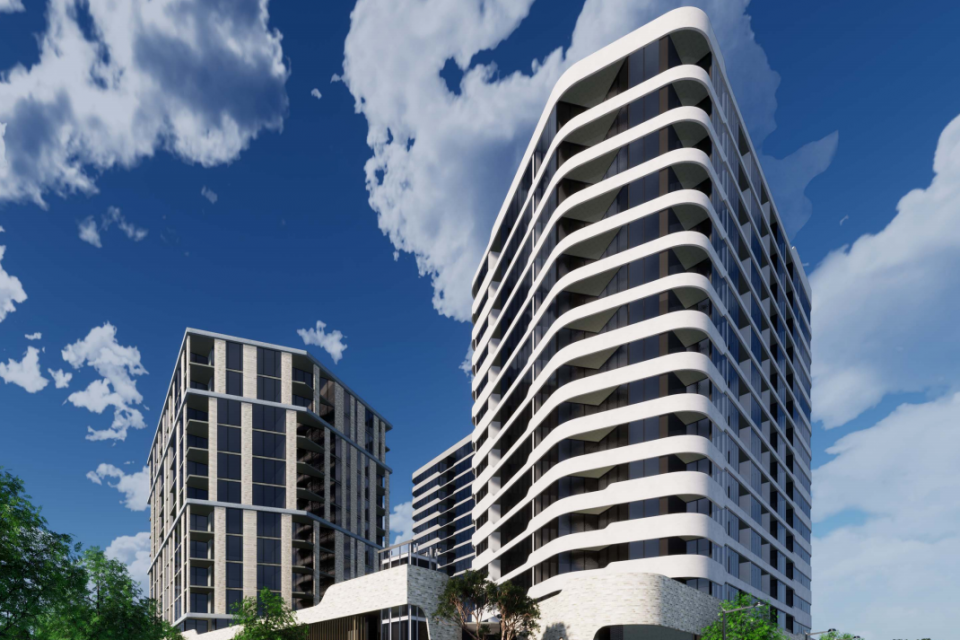 A marker site for ''signature'' buildings. 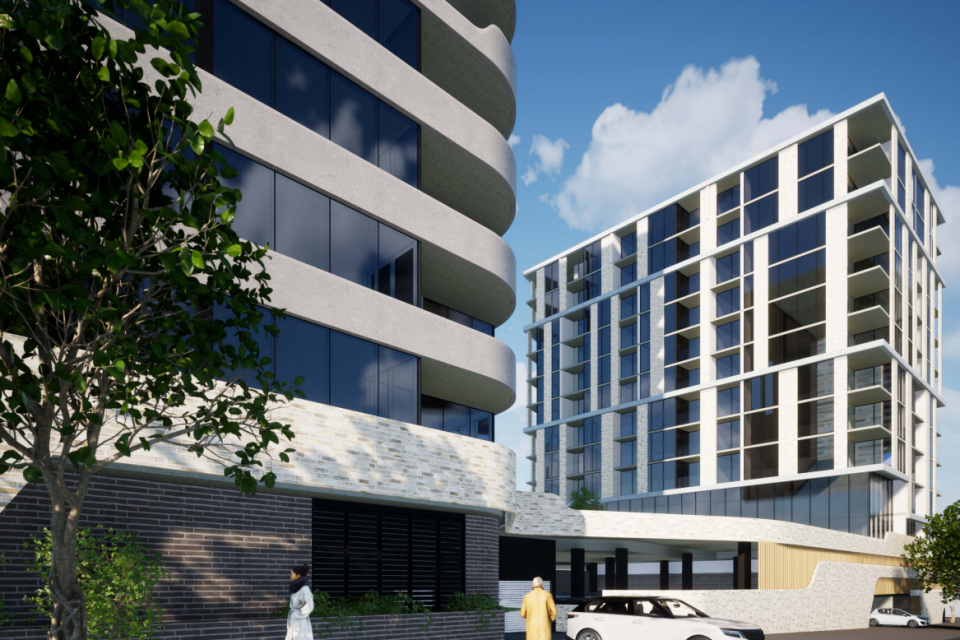 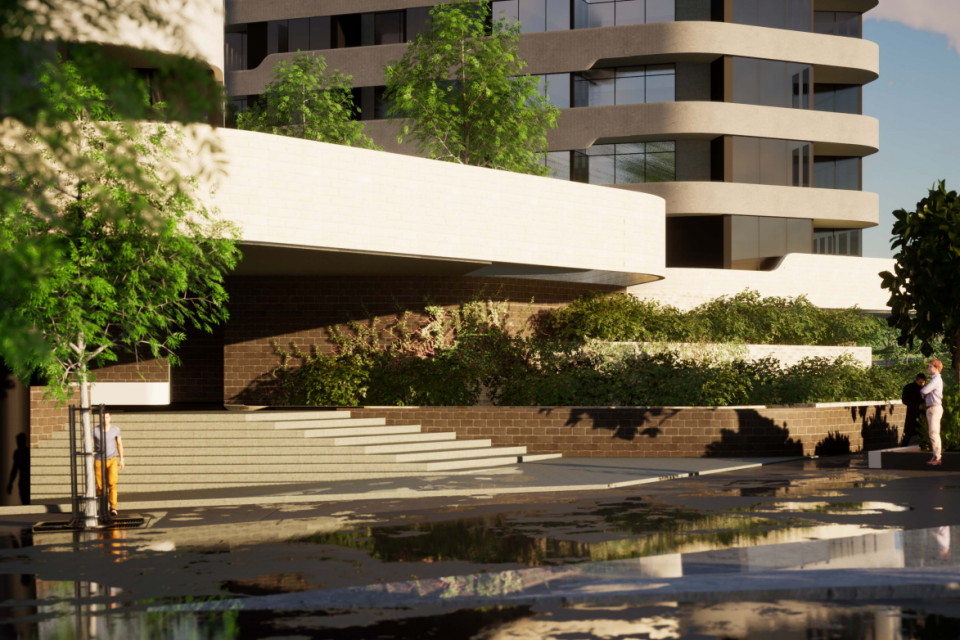 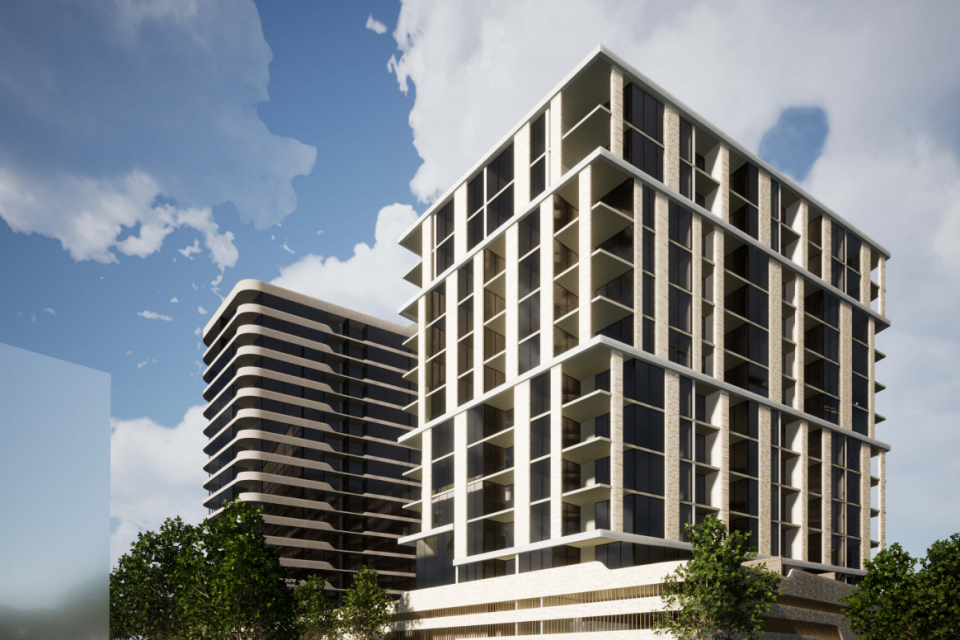 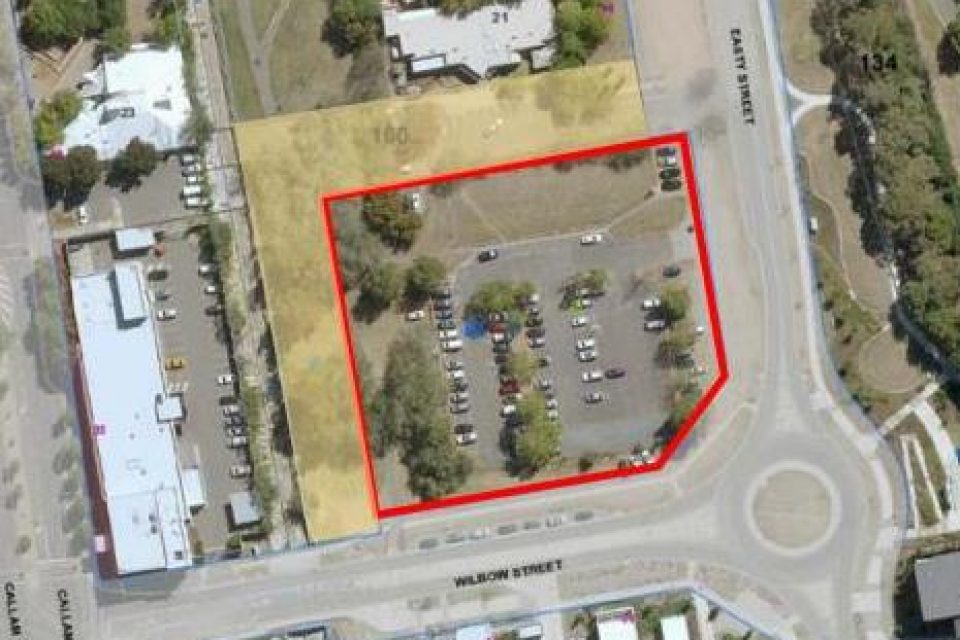 An aerial view of the site.

The four-levels of podium parking will be reduced to just one level by relocating parking underground on 2.5 basement levels and redesigning the parking arrangements. The Basement 1 level parking will also be open to the public as required under the Phillip Precinct Code.

The Panel had said the podium would result in a poor urban design outcome, with minimal visual interest, opportunity for surveillance of the street and ability for the buildings to ‘engage’ with the street.

The amended DA says ground-level parking on Easty and Wilbow Streets is now screened by various measures such as the inclusion of the two main residential lobbies, the residents’ gym, and the terraced landscape feature to the south-east of the site.

The podium landscaped area can now be directly accessed from both Wilbow and Easty streets by the introduction of terraced green stairs with breakout seating and cascading vegetation fronting Wilbow Street, and a set of stairs to Easty Street that is well-integrated with the terraced planting.

The amended DA says that the towers narrow above 12 storeys to minimise the overshadowing of surrounding dwellings’ principal private open space and main daytime living areas.

It says the solar diagrams prepared by Cox Architecture show that the proposed development does not begin to create shadow impacts over any part of the Wilara apartments until between 1:00 pm and 2:00 pm on the winter solstice, retaining reasonable solar access for the development between the daytime hours of 9:00 am and 1:00 pm.

As well as removing the terraces and rearranging the towers, the floorplate layouts have been redesigned so that a minimum of three hours of sunshine on the winter solstice is achieved for more than 70 per cent of the proposed dwellings.

As well as Wilara, the site’s neighbours include the low-rise Avoca Apartments, Woden Early Childhood Centre, Canberra HealthPoint and the Woden Police Station.

Hindmarsh also proposes temporary off-site parking and access for the childcare centre in the western Easty Street verge north of the development site.

Is there a site plan for the towers – trying to visualise where these various towers are in relation to each other. It is a small site for for them. 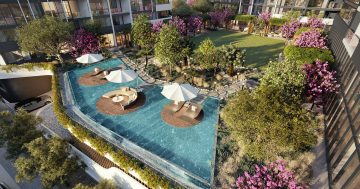