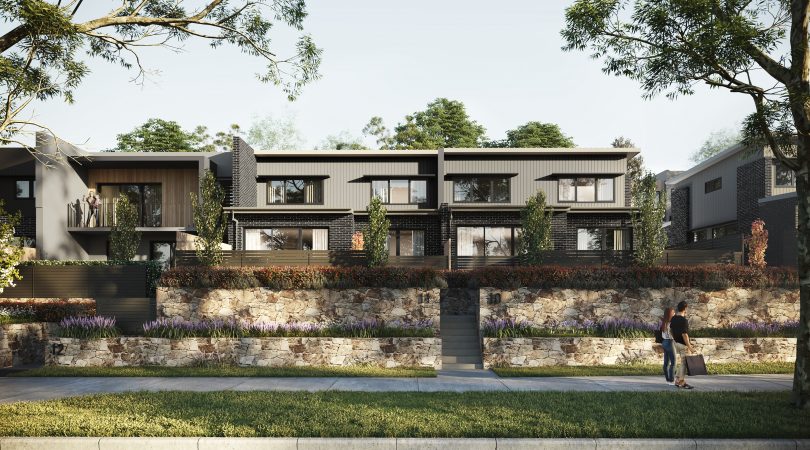 The Otto townhouse development in Denman Prospect qualifies for HomeBuilder and is selling at $507,000 to $509,000. Image: Independent.

A surge of demand for townhouses has pushed Canberra’s home values higher during September as a dearth of affordable stand-alone houses in the market sent buyers searching elsewhere.

The Federal Government’s $25,000 HomeBuilder grant, now being featured in marketing for new apartment and townhouse developments, is also attracting new entrants to the market.

The latest data for September from CoreLogic shows house values still rising – although barely at 0.2 per cent – but the year-to-date rise was 4.3 per cent and the median value $723,634.

There was more movement in the unit and townhouse market, with the rise in values more than double that of August at 1.1 per cent, for a median value of $458,498. The year to date rise was only 2.5 per cent, emphasising renewed interest in the market segment.

Independent Gungahlin principal Paul Corazza said the agency was seeing more inquiries about townhouses than ever before as buyers priced out of stand-alone houses opt for the next level down.

”The townhouses are filling the gap,” he said.

Mr Corazza said the price point between $500,000 and $600,000 was a real hot spot and the HomeBuilder grant was driving interest in townhouses and apartments right across Canberra.

It was also driving demand for new blocks to build on, with a dramatic surge in inquiries and sales in Taylor and Throsby.

”There have been more blocks sold by Independent group in the past four or five weeks than in five months prior,” he said.

The next challenge will be Canberra’s builders being able to keep up with the demand. 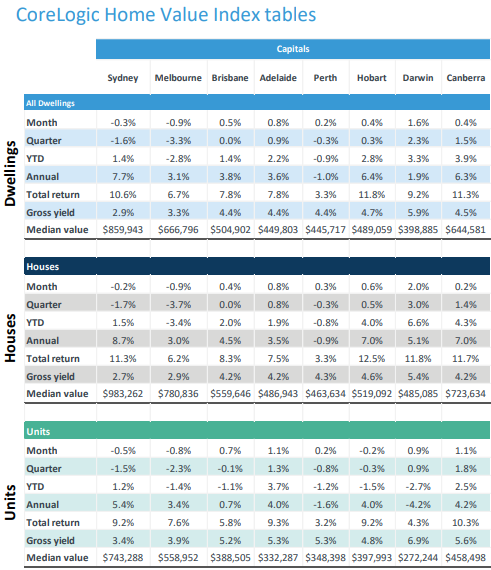 But there remains a shortage of presentable, moderately priced and accessible stock, which have no problem selling.

”I’ve never seen a shortage of stock as I’ve seen right now. Listings are selling in a much shorter period of time and that’s only because buyers don’t have as much selection or are aware if they don’t make a decision then somebody else will,” he said.

Mr Corazza said an increased number of properties were selling before auction and more offers had been made on apartments in the first four weeks of marketing than he had seen before.

He said older properties the suburbs of Ngunnawal, Palmerston and Amaroo had also experienced a dramatic uplift in pricing because they filled that gap between $500,000 and $600,000.

He can see a scramble to qualify for the HomeBuilder grant if the government does not extend it, and a corresponding surge in prices towards the December cut-off.

House auctions were down on previous weeks over the long weekend but the month’s high clearance rates continued, along with couple of million-dollar-plus sales.

Clearance rates for the past three weeks exceeded 80 per cent, showing that what properties are on the market are selling quickly.

Previous weeks’ medians were close to the million mark.

The top sale was 21 Sprent Street in Narrabundah, a five-bedroom house sold by Belle Property for $1,512,000.

Nationally, falling Sydney and Melbourne values maintained a fifth straight month of decline, but other capitals and the regions are picking up.

CoreLogic head of research Tim Lawless believes the resilience in regional values stems from not having as high a base as the capitals, as well as increasing interest from the capital cities.

”Remote-working arrangements are no doubt a factor in supporting demand in these markets, but lifestyle opportunities and a desire for lower-density housing options are also playing a part,” he said.

While the winding back of COVID-19 supports and the end of mortgage holidays loom, the counterbalance includes more incentives for the property industry in the Budget, tax cuts and a loosening of lending laws. 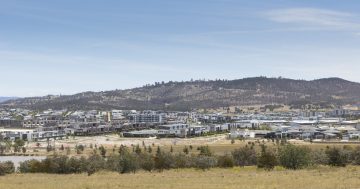