How the public sector fares in the Budget 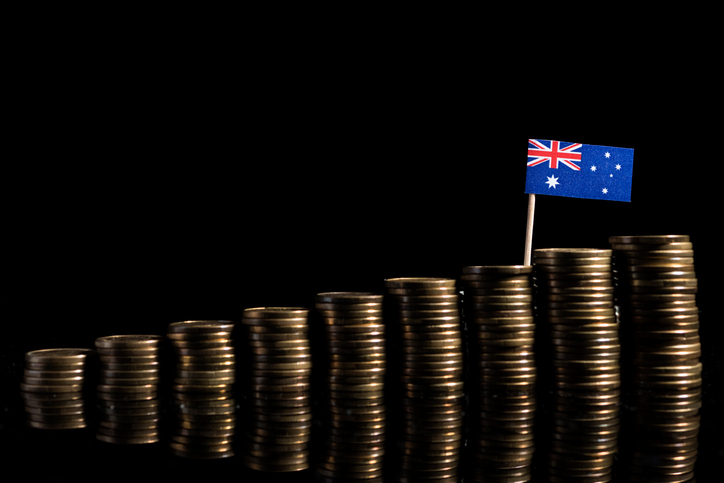 Hundreds of public servants will lose their jobs under cuts imposed in the 2017-18 Federal Budget announced last night, including 1188 (some 4 per cent of the workforce) from the Department of Human Services.

The Department of Health is set to lose 5.3 per cent of its staff, or 244 positions, with 408 staff will go from the Australian Bureau of Statistics, too.

The big winner is the Department of Defence, up 1,346 positions, though consultants face the axe as a result. The Government will save $304.1 million over four years from 2017-18 by cutting the numbers of consultants and contractors used in Defence, as well as limiting the costs of non-operational overseas and business travel.

Speaking of overseas travel, allowances for all Australian Government staff posted overseas will be standardised to find savings of $37 million over four years and ensure that payments better align with community expectations.

The Government plans to reduce its existing 2.5 per cent efficiency dividend to 2 per cent in 2018-19 and 1.5 per cent in 2019-20 in acknowledgement that the leaner the public service becomes, the less scope there is to seek efficiencies.

Of the cultural institutions, the National Archives of Australia has been hit hardest this year, losing 15 positions.

The Australian War Memorial will lose three staff under the efficiency dividend, but receives $5 million towards the development of a business case for additional exhibition space in which it can tell more stories of recent conflicts and display a comprehensive collection of wartime objects.

There are no cuts planned to High Court staffing levels.

The Government will push ahead with its Decentralisation Program, prioritising the shifting of non-policy Commonwealth entities to regional areas in a bid to promote job creation and economic diversification.

The Government says the program will broaden the diversity of public sector personnel to better reflect the distribution and make-up of Australia’s population.

It anticipates completing business cases for organisations being considered for relocation by December this year, and argues that moving some organisations away from Canberra will allow for greater connections with key stakeholders in the regions.

Decentralisation decisions will be based on criteria that will include:

The Government will also implement reforms that it says will use innovative technology and collaborative approaches to deliver services more cost-effectively. This will be paid for via a Modernisation Fund set up using savings from previous efficiency dividends.

The Government will invest $350 million over three years from 2017-18 in a bid to advance the collection and use of government data in the development of evidence-based policy, including people-centred policy design.

The Digital Transformation Agency’s development of whole-of-government platforms is designed to improve digital capability, and enable greater collaboration across the APS.

Funding will also be provided to accelerate the consolidation of shared corporate services arrangements and the modernisation of the administration of business and community grants. This will result in an additional 60 agencies consolidating their human resource systems into one of six corporate service hubs. In addition, around 74 per cent of existing grant programs will be delivered via the Community and Business Grants Hubs on behalf of nine agencies.

The Government will invest $129.6 million over three years from 2017-18 in a number of agencies to support their transition to more modern and sustainable operating models.

This funding will be used to upgrade systems and protect assets within organisations including the National Maritime Museum, the National Film and Sound Archive and the Museum of Australia Democracy.

The Government expects to deliver savings of nearly $300 million over the next decade by requiring agencies to fill unused office space under a program called Operation Tetris.

It says coordinated approach to surplus legacy leases has already led to more than 60,000 square metres of previously vacant leased office space in and around Canberra, and a further 7,000 square metres in other capital cities, has been filled.

Catchup on our LIVE coverage from Hotel Realm: Andrew Sykes from RSM Australia dissecting “The Rocky Horror Budget”. It was just a jump to the left for Malcolm Turnbull, but still a step to the right with continued attacks on public service pay growth and decentralisation. The impacts of the Budget for Canberra are in the detail – not the headlines.

Moving departments out of Canberra to promote regional jobs sounds good in theory but some of the jobs it will create elsewhere will be balanced by the unemployment created in Canberra due to people unwilling/unable to move to the country with their department.
What also of the new problems this relocation will cause? Cost of finding/building suitable premises? Commuting for inter departmental meetings will add quite some cost to the government and if the present status of the NBN roll-out is anything to gauge by, video conferencing is going to be a headache for most anywhere in regional N.S.W. Job creation in the towns chosen to participate will not necessarily be the boon the government hopes, as suitably qualified staff are not going to exist in the outback. Basic administration perhaps, but what of the vetting procedures if security clearances are required? The agencies who deal with that are in Canberra. Certainly wages for these public servants will not remain at A.C.T levels once they move to a rural area, the government would surely employ them under a new, suitably reduced wage, to reflect the realistic costs of living there, again a hurdle for enticing existing staff to relocate.

Now as for the DHS, what a horrible decision that is! Centerlink cannot handle the task as it is, with people having to wait for hours on hold to speak to a clueless call center member. How can they cope with the workload, especially with the new issues related to Robodebt and now drug testing the unemployed [A despicable act in my opinion]? Surely more staff are needed, not less. But then again just like worker’s compensation insurance companies, the government is tying to make the ordeal so difficult that people will get so sick of the swings and roundabouts, they will give up and go elsewhere for help. The worst off in the country are again targeted. Instead of spending money ostracizing them, why hasn’t Malcolm Turnbull put that money into job creation? Instead, he has simply created even more jobless with the budget cuts to the public service. So much for the “Jobs and growth” slogan.

John Vallance - 3 hours ago
Lucas Anasdow um.... because like all vaccines it goes through testing. once testing and trials and results are reviewed then... View
Property 15

John Mungoven - 6 hours ago
Build trailer parks - US of A style. Fit more people in View
Paul Murray - 11 hours ago
Charles Godworth it’s coming from the Canberra Racing Club. They see the light rail as a great opportunity for them to make... View
News 4

Chris Vlahos - 6 hours ago
Should be built alot further back from the monaro highway for future road lanes and traffic expansion if need be. Esp with th... View
Opinion 20

Robert Morris - 8 hours ago
When will people in the ACT understand that our local Government has no interest in maintaining the bare minimum what they ar... View
Roderick Saunders - 10 hours ago
Avril Pounds the ability for residents to get pedestrian crossings etc installed does seem to vary for no apparent reason View
Avril Pounds - 10 hours ago
Lots of new speed humps around but not where my local school p&c have been begging for one for at least a few years now. View
Community 4

Courtney Matthew - 9 hours ago
Jason Matthew! These are those ladies I always see that wear red and purple and I always wonder what group they belong to! Av... View
News 26

Fortress Epiphany - 9 hours ago
Trevor Wilkins vets affairs were in there till about 3 years ago. View
Robert Knight - 11 hours ago
Jenny Gordon Avery it’s a great view up there! View
Archie Mac - 12 hours ago
It will always be MLC Tower to me. My family had the cleaning contract. We kids had great fun going up and down in the elevat... View
Community 8

Katy Did - 9 hours ago
I remember View
Community 39

@The_RiotACT @The_RiotACT
Hot in the City: Love gaming? Enjoy it with your food & your friends by your side at Reload Bar & Games https://t.co/i24LIWpdje (7 hours ago)

@The_RiotACT @The_RiotACT
Been looking for a large, quality family home in one of Gungahlin's most exclusive areas? This stunning residence could be all you’ve ever wanted + so much more https://t.co/lh17g6PgsK (8 hours ago)