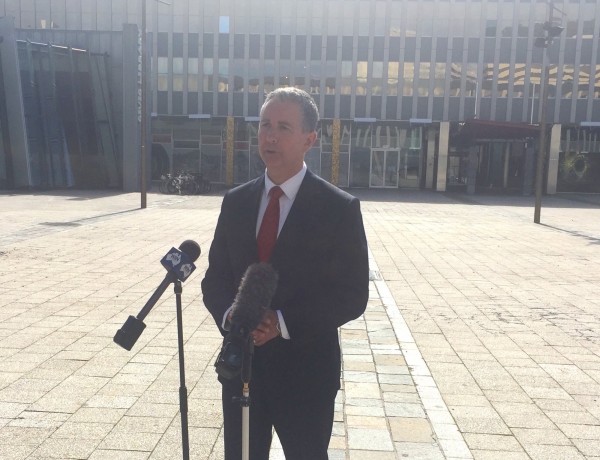 ACT Greens spokeswoman for democracy Indra Esguerra has used the release today of the NSW Independent Commission Against Corruption report on Operation Spicer, an investigation into Liberal Party political donation rorts in that state in 2011, as fuel to renew her calls for Labor and the Liberals to support her party’s ban on donations to ACT political parties by developers.

She has also called on the Canberra Liberals to return a donation from NSW developer Tony Merhi, saying that the Operation Spicer report showed how freely money flowed between Liberal Party branches.

“Disgraced NSW developer Tony Merhi has only recently made a major donation to the Canberra Liberals through his company Merc Shoppingtown – even though he does not live or trade in the ACT.

“In light of these findings, I’m calling on the Canberra Liberals to return this donation.

“In light of the Canberra Liberals’ backflip on an ACT ICAC – and their years of smears against their own political opponents – it would be hypocrisy for the Liberals to keep this donation. The Liberals must put the speculation to rest and return the money.”

The Liberals finally followed the Greens’ lead by announcing yesterday that they would set up an ACT Independent Commission Against Corruption if elected in October. The Greens announced their policy for an ICAC-style anti-corruption watchdog for the ACT on July 31.

Yesterday, 24 hours before the Operation Spicer report’s release and nearly a month after arguing such a body was not necessary despite Opposition Leader Jeremy Hanson’s regular refrain that “there is a bad smell around this Government”, the Canberra Liberals decided the territory needed an ICAC after all.

It leaves the ALP standing alone of the sitting parties in opposition to the move, which would bring the ACT in line with every other state or territory in the country.

Mr Hanson said yesterday that his party’s decision to establish an ICAC in the ACT would strengthen the Canberra Liberals existing Integrity Package at a time when there were “increasing concerns in the community about the integrity of the Government”.

The Opposition Leader had previously committed if elected to boosting the budget for the ACT Auditor-General by $3 million as well as spending $900,000 to make the Public Service Commissioner fully independent.

“Recently there have been a number of issues of concern, particularly around property deals, referred for investigation to the Auditor-General, and the ‘Brumbies’ property issues which are currently being investigated by the AFP,” Mr Hanson said.

“We’re hearing back from the community that they want very strong action in this area.”

He said an ICAC would stamp out corruption in the ACT, but also work as a deterrent, sending a strong message to the community that there would be zero tolerance for corruption, misappropriation and poor behavioural conduct within the ACT, either within the community or in the Government.

Asked whether the decision was a backflip, he responded: “We’ve been considering an ICAC for some time … it’s very clear from listening to the community that they’ve lost trust in this Government, the Labor Party and the Greens Party in coalition, on a range of planning issues.

Mr Hanson said that at this stage the Canberra Liberals had no plan to follow the Greens’ lead by banning political donations from property developers.

“After the election we will sit down and make sure that any of our laws are open, that they’re accountable, and that there is no undue influence,” he said.

“At this stage I’m confident and comfortable with the existing laws.”

ACT Greens Leader Shane Rattenbury said yesterday that he was “delighted” that the Canberra Liberals had changed their minds on the ICAC issue.

“After years of smears and innuendo against their political opponents, the Liberals have finally bowed to community pressure and agreed to an ACT Integrity Commission,” the Greens Leader said.

“Other parts of the country – like NSW – waited until it was too late to take this kind of action. We have an opportunity to learn from their mistakes and shine a light into the dark corners.

“We now call on the Labor Party to back an ACT Integrity Commission and for both parties to follow the Greens’ lead and commit to cleaning up political donations, including from developers.”

Chief Minister Andrew Barr argued earlier this month that existing integrity enforcement measures were sufficient, with the ACT Government having over the past two decades “developed and maintained a number of checks and balances that ensure the integrity and transparency of government decision making”.

He listed amongst those checks and balances the ACT Ombudsman, the ACT Auditor-General and the recently legislated Public Sector Standards Commissioner.

“Any evidence of corruption or fraud is provided to ACT Police for further investigation of criminal behaviour,” Mr Barr told the RiotACT at the time.

“In the extremely rare occasions where there have been cases of corruption involving ACT officials, these offences were detected and prosecuted.”

George Watling - 6 hours ago
No body is saying no community housing. What people are saying is don't build it in our parks and open spaces. Once they are... View
Marc Edwards - 12 hours ago
Brian Ashcroft well Brian it’s an issue that causes the nimbyism, the belief that the upkeep or lack of is the issue. View
Brian Ashcroft - 12 hours ago
you were making sense until the gardener part View
Food & Wine 15

azel - 8 hours ago
We're complaining about how this is costed. But were not asking about the rail and the hospital plus the massive debt View
News 81

azel - 9 hours ago
We're is the government getting all this money from ? All this rail services are just going to raise rates again . The curren... View
Jason Butterfield - 10 hours ago
Really it needs to be built to woden and tuggers they have been lacking a decent bus service for years, in saying that they s... View
JC - 10 hours ago
Care to point us all to a link where these known requirements are located? You mentioned some that I will agree are very well... View
Opinion 2

HiddenDragon - 10 hours ago
"The Greens’ vision for an ad-free city will ban roadside electoral advertising, introduce offences for roadside ads on ill... View
Beau Locks - 11 hours ago
Libs' housing plan works out at to $83k a house. Even assuming housing providers borrowed on top of that, the income stream f... View
Community 2

Steve Wood - 11 hours ago
$909m in the red... who's paying for their promises.. us!! I don't want a tennis court or ice skating complex I want lower ra... View
show more show less
*Results are based on activity within last 7 days