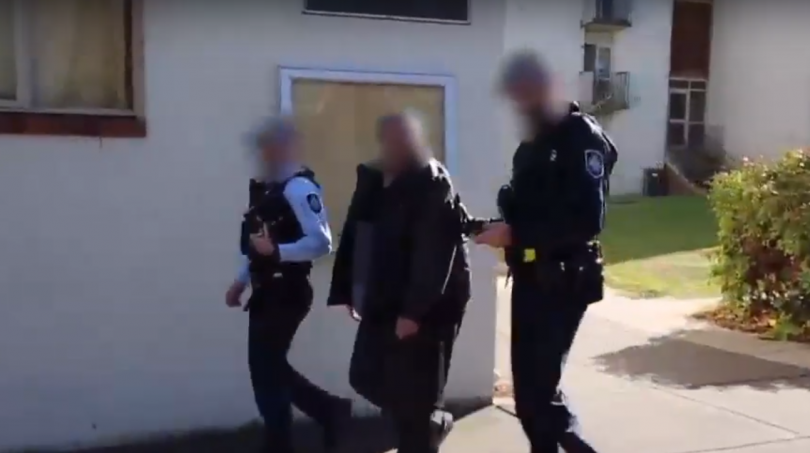 Police have seized a variety of illicit drugs and an array of weapons including a crossbow after they raided a number of units at the Jerilderie and Kanangra Courts in Reid.

Police seized cash, substances suspected of being a variety of illicit and prescription drugs, suspected stolen property, weapons including tasers, a crossbow, batons, a knuckle duster and ammunition.

ACT Policing urges anyone who may have any information about these incidents, or any other incidents involving this crime type, to contact Crime Stoppers on 1800 333 000, or via the Crime Stoppers ACT website.

For this incident, please quote reference 6390952. Information can be provided anonymously.

Tina Newsome - 7 minutes ago
Did not even get a sniff in with this scheme and neither did anyone that I know. I'm rather dubious about that '30,000' figur... View
Alex Nicolson - 4 hours ago
Albert Blair It did show the gubmint was trying to do something but I agree it seemed pretty ineffective. View
Community 7

Ashley Keaveney - 13 minutes ago
How about fix and maintain them. Dry land oval is a complete cop-out...... View
Elspeth Shannon Rollason - 1 hour ago
The Florey oval which is in this picture needs to be an oval for the primary school. It needs to be fixed up so the kids can... View
Krishna Rao - 1 hour ago
Samuel Gordon-Stewart they aren't green though. Just a bit of grass in some seasons. If you want green spaces you need microf... View
Motoring 4

assiduous - 28 minutes ago
The ACT government is culpable for this situation. If the developers couldn't get $200k more for these properties they would... View
Codi Barry - 32 minutes ago
Yep we are building a brick garage and the price has gone up alot timber and steel have all had huge price increases View
Property 26

Tim Evans - 4 hours ago
They were useless. View
Community 1

Play Station’s little piggies make it all the way home

@the_riotact @The_RiotACT
After a momentary reprieve for locals and the publican, 'Choppy' Connor, the #Gundaroo pub has closed again. But for how long? https://t.co/bv6Vm9Bb1a (17 minutes ago)