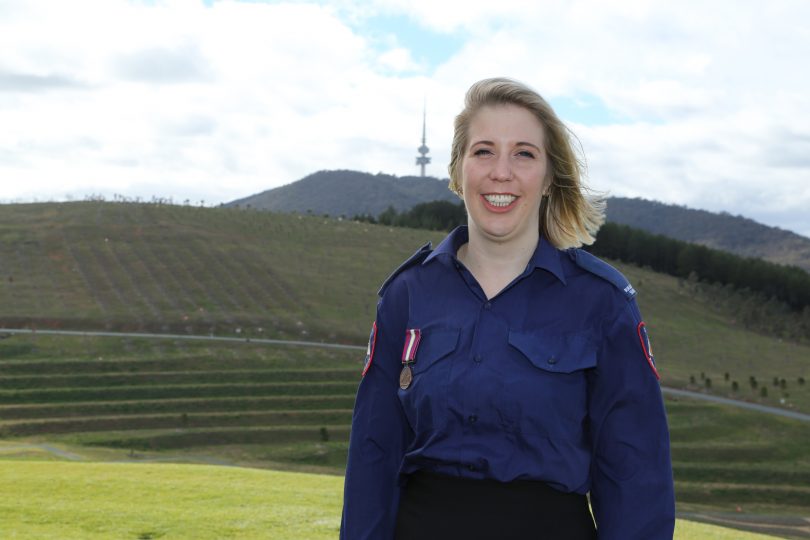 Sitting in the car opening her mail, volunteer firefighter Brooke Turner’s heart sank when she saw an envelope with ACT Government stamp in the pile.

“I thought it was going to be a fine, to be honest,” she said with a laugh.

Her consternation soon turned to unbridled joy when the letter stated that she would receive the 2019 ACT Community Protection Medal, one of five Canberrans from ACT Policing and ACT Emergency Services Agency who were recognised for their outstanding contribution to protecting the ACT.

While balancing a full-time job in the public service, Ms Turner first volunteered to be a firefighter in the ACT Rural Fire Service in 2014 and credits sibling rivalry and the passing of her step-father as her motivation to become a volunteer. 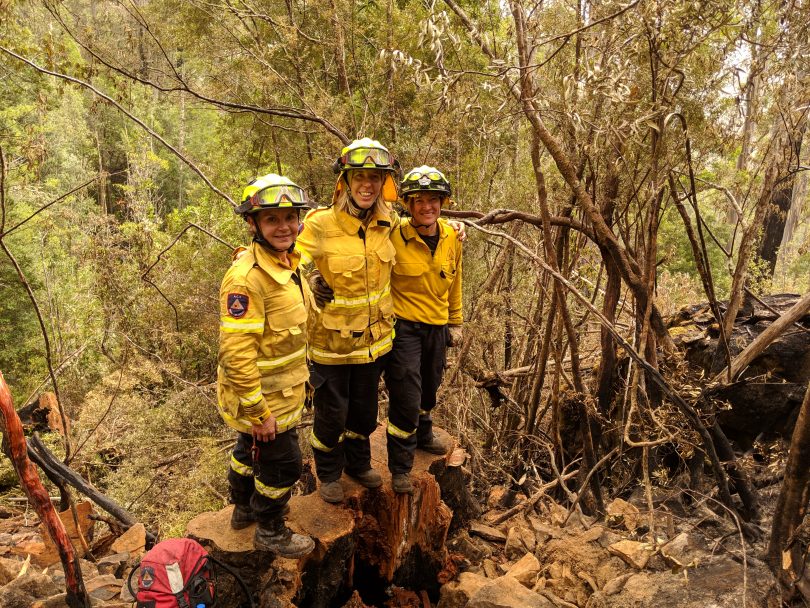 “I had been considering joining the ACT Fire and Rescue firefighters for years,” she told Region Media. “I spent a couple of years looking after my step-dad. When he passed away, it kind of woke me up and made me want to do something to help other people. My mum had been talking about firefighting and encouraging my brother to join, so my sibling rivalry kicked in and decided to join.”

Since then, Ms Turner has battled several fires throughout her five years in the service, including last year’s Pierce’s Creek bushfire. While her role was to lead a crew in mopping up and suppressing any hotspots in the rural bushland, it is educating the community and inspiring the next generation that brings her the most joy. 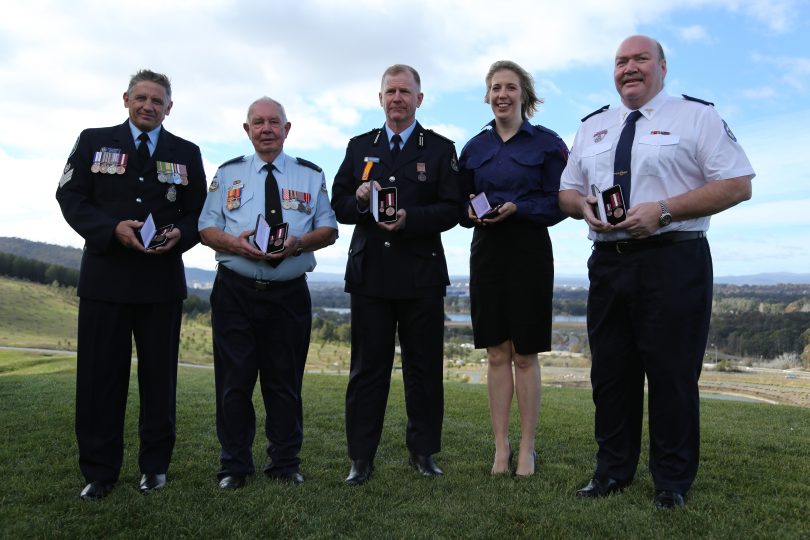 “I used to be a promoter so I enjoy that type of interaction with people so I decided that I could be community education officer,” she said. “During Pierce’s Creek fire, I was down at the Hyperdome handing out brochures and talking to people about what they should start to prepare in the event they would have to be evacuated.

“I also love meeting kids and inspiring the next generation to see that they can become volunteers or they can pursue a career in firefighting. Seeing a little girl’s face that comes up and gets really excited when they see a female firefighter is amazing.”

“It is very humbling to be picked above all the rural firefighters in the service for this year,” she said. “I don’t know who nominated me but it was very sweet of them.”

I always new you would be an outstanding citizen. Great to see it recognised publicly.

Pat Coelho pass on my congrats

Matt N Amy - 15 minutes ago
That flying fox is really slow. I see older kids pushing each other really hard to swing the seat high up when it reaches the... View
Deb Maguire - 22 minutes ago
Julian Hayes so bloody true!!!!... View
Naomi Hume - 2 hours ago
when i was 7 or 8 i had a accident on the small flying fox and had to be taken to hospital to have 15 stiches put in my chin... View
Property 10

Probing the polls: a quiet Christmas, but a fierce debate on ADF firefighting proposal

@the_riotact @The_RiotACT
Serina Bird had a dream to sell #secondhand clothing, and thanks to a grant from the @CBR_IN, it's about to become a reality with her new #online community marketplace launching this week https://t.co/w8N5lmRq27 (48 minutes ago)