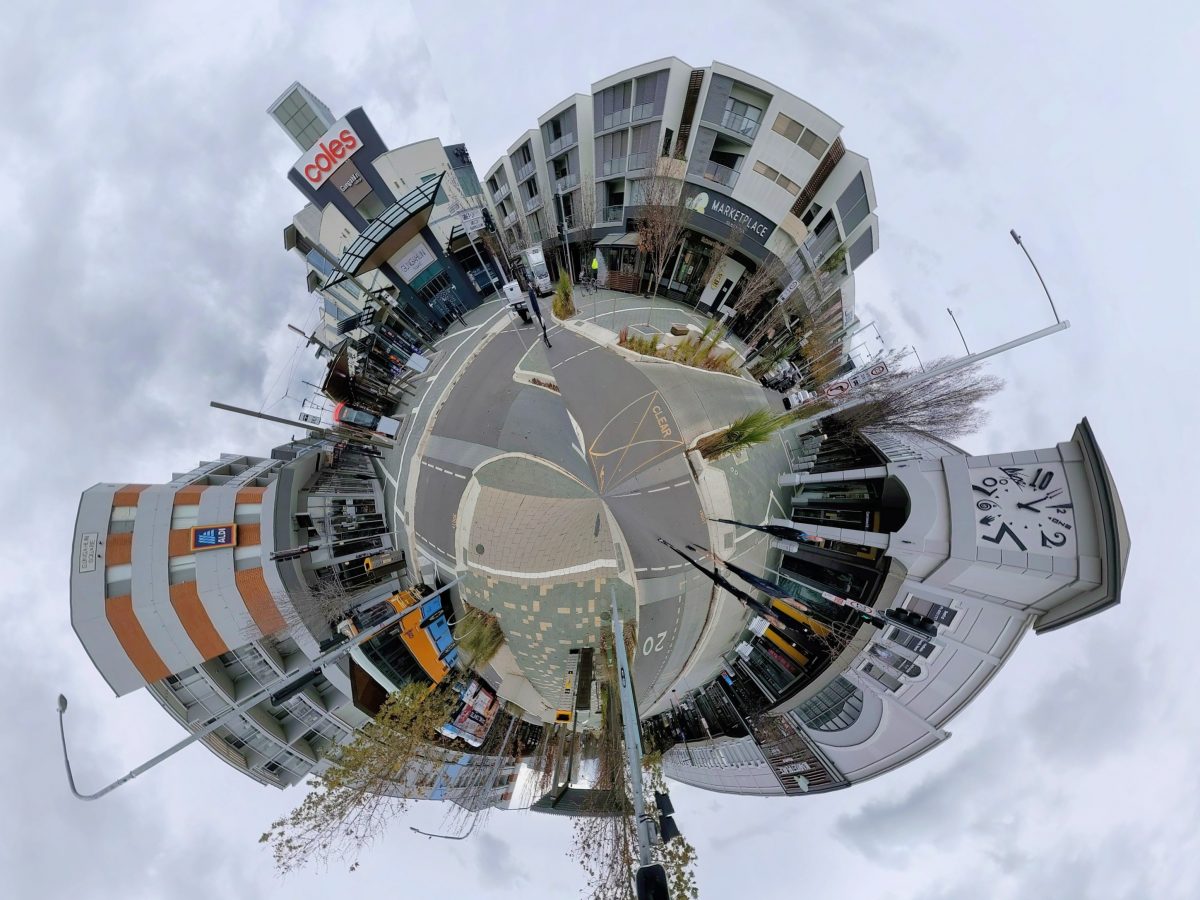 Gungahlin may still be growing but it’s already one of Canberra’s biggest areas. Photo: Damien Larkins.

Peter Elford knows Gungahlin like the back of his hand.

He has always been a “north-sider”, growing up in the suburb of Aranda. Even as childhood turned into adulthood, marriage and then fatherhood, he remained in Belconnen. It was when the mini-Elfords entered their teenage years that blocks of land became available in a new region to the north-east.

It’s now the fastest growing region in the ACT – Gungahlin.

“We ended up buying a property we initially gave up on and built a house on it,” Peter says.

“There’s a really strong community feel out here. It’s also terrific for the sorts of activities my wife and I love to do, walking and cycling.”

READ ALSO Is one of Canberra’s oldest homes in the middle of one of our newest regions?

That was 26 years ago, and Peter is now president of the Gungahlin Community Council (GCC). But before you bang out an email about overflowing bins and that abandoned car on Flemington Road, councils in the ACT work a little differently.

“Our mission is to try to capture the sentiment of the community and advocate to government and industry on their behalf,” Peter says.

This could be finding out what’s happening with the Home of Football or the Gungahlin Cinema, improving regulations around the use of the Wing delivery drones, or supporting residents with their own advocacy projects (such as building a gazebo and entertainment area next to the Yerrabi Ponds). 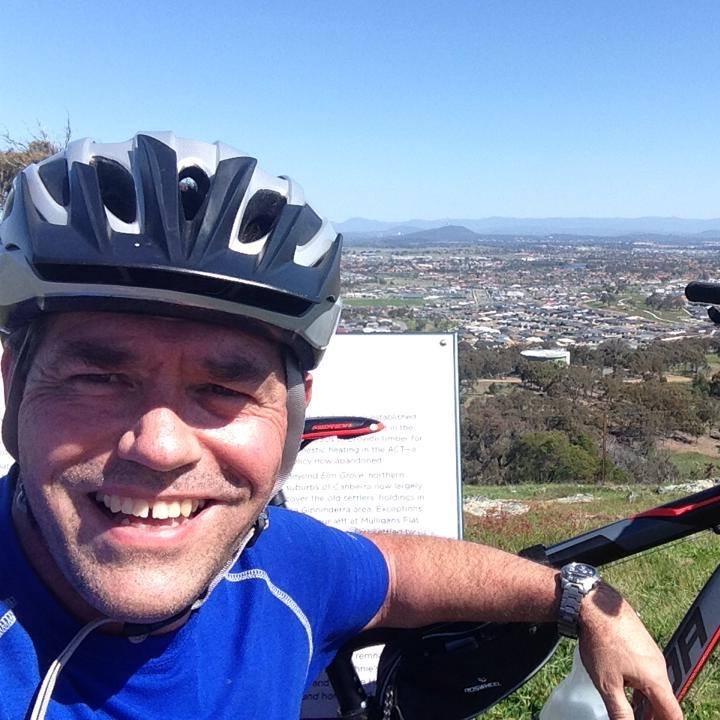 “But a lot of it comes down to issues around development and planning,” he says.

When the Elfords moved into Ngunnawal, there was a community council of sorts. But Peter only accidentally stumbled into one of its annual general meetings about 12 years ago.

“My background is in Information and Communications Technology (ICT), working with and within the government, education and industry sectors,” he says.

“I was interested in what was happening with the roll-out of the National Broadband Network (NBN) here in Gungahlin, and came across this community council. And I’ve been involved ever since, still advocating for NBN, particularly in Casey which never got fibre to the home.”

Consolidating many views into one was a fairly simple initial task. Peter describes the early Gungahlin as a “dust bowl with very few houses, bugger all shops, the odd service station and with the worst heat-island effect because of the sheer amount of grassland”.

“But when asked by the media what the people of Gungahlin think about a particular topic, there’s now 90,000 residents, so that’s a tricky question to answer.”

He says this is one of the biggest challenges facing the region’s community councils, but especially for a region as explosive as Gungahlin. Residents do make one thing clear, however.

“We still haven’t ended up with a fully formed town centre,” Peter says.

By the time Gungahlin came along, Peter says most of the agencies had set up shop in the city, robbing their town centre of the “right mix of retail, commercial offices, entertainment and community facilities”. 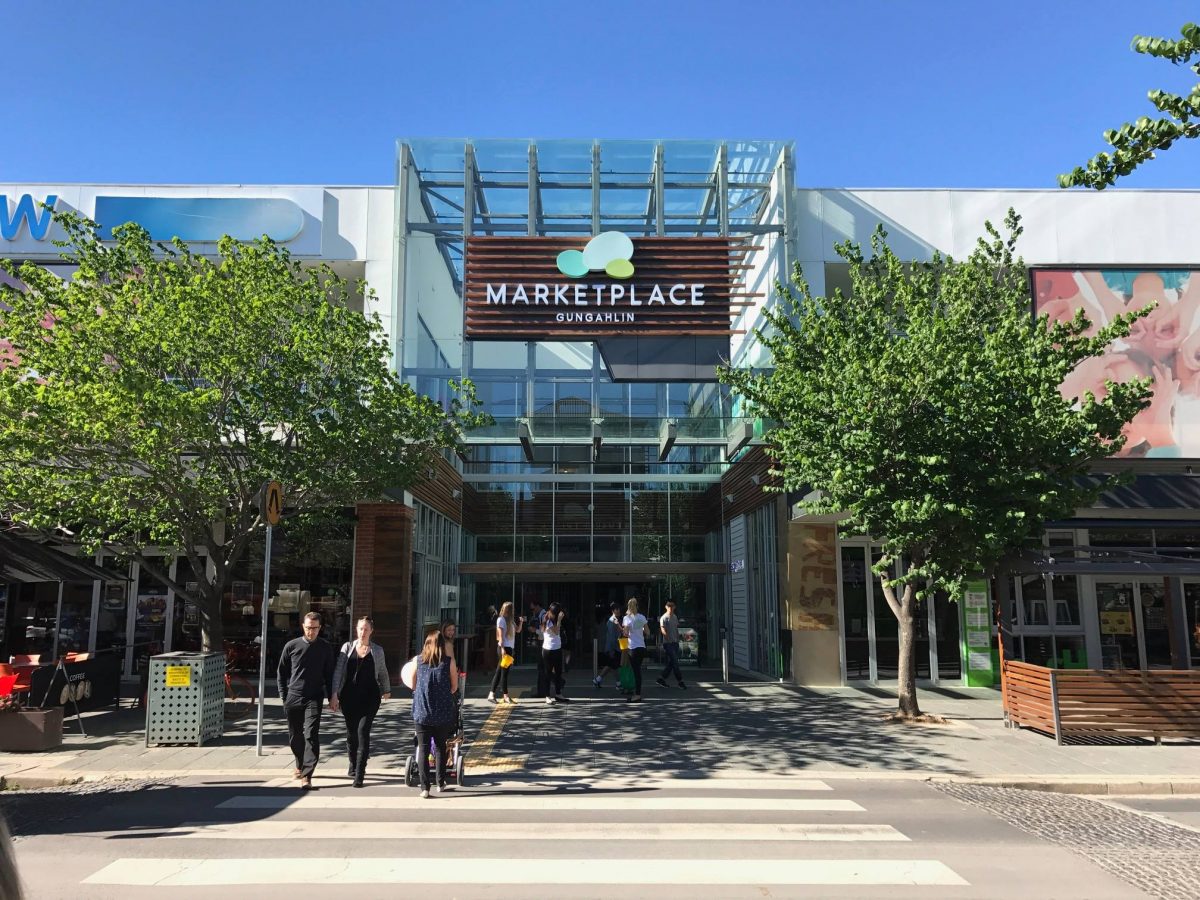 He describes advocacy for Gungahlin within the ACT Planning Directorate as “pretty minor at best” and expects this will only get worse as the Territory grows.

“I’m not sure the government always realises the impact their planning regulations, road design and building of schools and shops really have on a place.”

He says it’s time for a bigger conversation on how we manage regions of 70,000 to 100,000 people, citing the City Renewal Authority as an example. It looks after development in Dickson, Civic, along Northbourne Avenue, Haig Park and the West Basin.

Like the ACT’s other councils, the GCC receives about $13,000 a year from the local government.

While not suggesting beefing up local councils, Peter says a more “place-based approach to planning” can take the form of a district advocacy group within the ACT Government which serves as a single port of call for each district.

They probably still wouldn’t cover your bins though.

What isn’t talked about when sighting the lack of a Federal Government agency in Gungahlin is the ACTs sixth town centre , the Canberra airport. Yes they consider themselves as a town centre , with retail and office accommodation.
Canberra Airport Corporate parks are home to Australian Fisheries Management Authority, Aus. Gov. Australian Research Council, Aus. Gov. Professional services review, Aus. Federal Police ,Australian Government Department of Defence and many private companies. The Australian Government Department of Health and Aged Care Therapeutic Goods and Administration will move from Symonston to the Canberra Airport as well. So this area has taken many agency’s away from Gungahlin you could say although Defence has to be with a certain radius of Russell .
Plus the ability of the airport group to build a new office on spec. without the need of delays of development approvals through the ACT planning system.