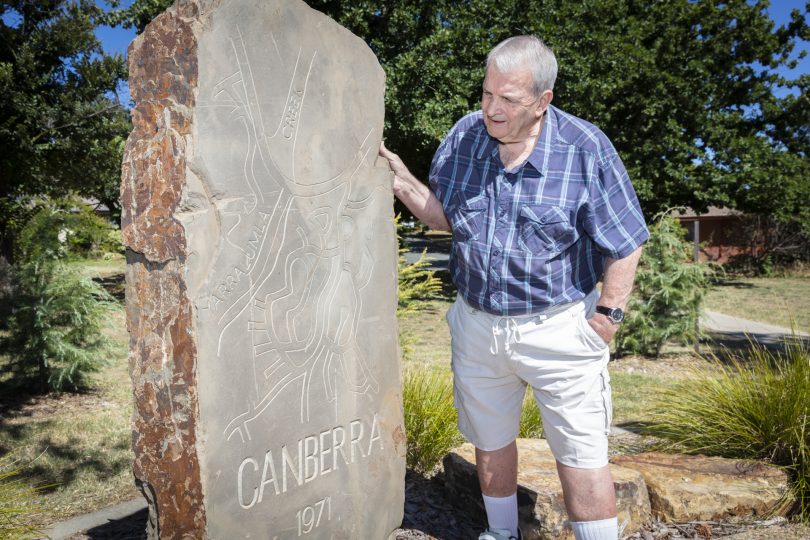 Retired police officer Blen McInnes at the Woden Floods Memorial this week, a place he regards as a sacred site. Photo: Thomas Lucraft.

Fifty years on from a one-in-100-year flood at Woden in which seven people drowned, former police officer Blen McInnes still gets goosebumps remembering the night he describes as “bedlam”.

Mr McInnes, now 75, recalls the torrent of water that stretched from Hughes to Curtin as almost 100 mm of rain fell in less than an hour. Blocked drains turned roadways into rivers.

Some of the bodies were recovered the day after the flood, while others were found in the days after the tragedy near Scrivener Dam. 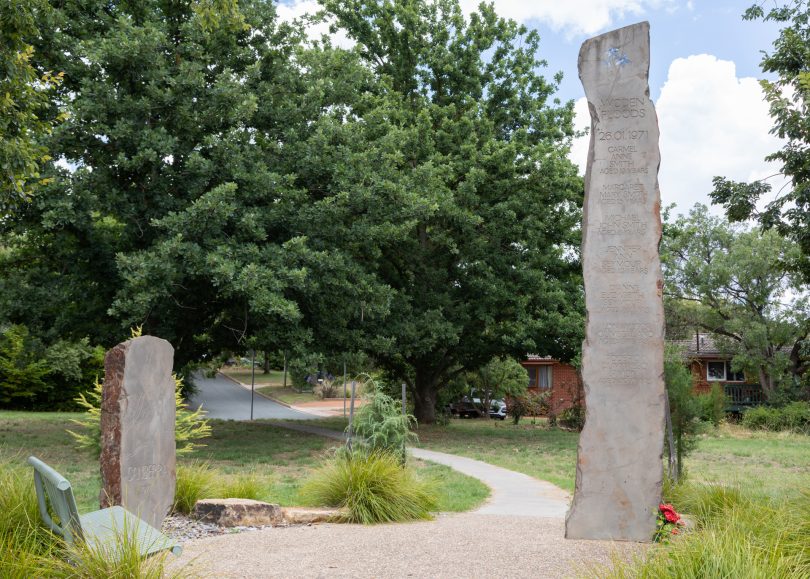 At about 7:00 pm on 26 January 1971, the area around Melrose Drive, Yamba Drive and the Yarra Glenn intersection was inundated with flooding water that the infrastructure at the time couldn’t handle.

Beyond the devastation were stories of pure good fortune and survival as a small group of locals and Woden Police struggled to rescue people trapped and swept away.

Mr McInnes recalls hearing a knock on the door from a man asking if he had a rope.

“It was dark and stormy and the rain was torrential,” he tells Region Media. “The man said there were some people trapped at the intersection at Yarra Glen and several people had been swept away.”

As a police officer, duty called and Mr McInnes said he could help but was unprepared for the scene he was confronted with.

“It was bedlam. There were two guys in the middle of the intersection hanging on to each other for dear life. There was a human chain that formed and people were screaming.”

He knew there was a rope attached to a flagpole at the nearby Slovenian Club, but he said it was only an act of God that led to the rescue mission even occurring.

“It gives me goosebumps still talking about it now,” Mr McInnes says.

“I went to the flagpole and flicked the rope, and miraculously it just fell into my hand.” 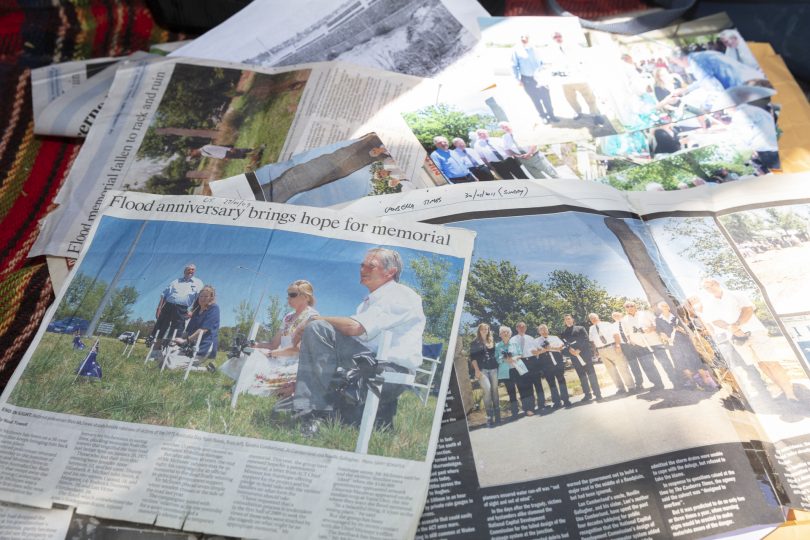 The next piece of good fortune came when Mr McInnes tied the rope around his waist and flung it to the two stranded men as the human chain had become ineffective due to the torrent of water and panicked helpers.

“The water was over 200 metres wide from Hughes to Curtin. The first time I tried, I was swept away, so I tried again and was able to get nearer to the two men. Just as they were about to let go, the rope lassoed over them perfectly.

“Somehow, we were pulled back to shore – all three of us – with this thin bit of rope. We literally had that moment to do the rescue.”

One of the men he rescued, Ben Smith, will travel from his home in Victoria to meet Mr McInnes this Tuesday to remember and commemorate the events of 50 years ago. The other man has since died.

Mr McInnes was also an officer of the ACT coroner at the time, so he had the heartbreaking duty of assisting with the identification of the seven people who died.

He has also been instrumental in ensuring their lives are remembered and handmade seven crosses that he put on the roadside nearby.

“Nothing had been done to honour their lives and doing what I did helped draw attention to what happened,” he said. “I’ve gone down there every year and regard the area as a sacred site. People should go there and just have a look to remember what happened.”

President of the Woden Valley Community Council Fiona Carrick also said it was very important for people to know what happened 50 years ago.

“Whether you were there when the flood happened or not, it is really important that we get together as a community to remember the tragedy,” Ms Carrick said.

“There won’t be a formal service, but there will be a chance for the older members of our community to remember and pay their respects, as well as people who simply want to know what happened, as a lot of people don’t know this was a part of Canberra’s history.”

People are invited to the flood memorial site at Dry Street in Curtin at 7:00 pm on 26 January to remember the tragic loss of seven young lives.

A neighbour of ours in Pearce was on his way home that night and was behind the cars that were washed away. He was passed the Curtin overpass and realised there was a serious issue, quickly executed a U turn and headed back and was lucky enough to get onto the on ramp to the overpass. Saved his life.

Margaret Smith was in my class at St Clare’s a gentle soul RIP.

So tragic. I don’t know the circumstances of this, but I remember as a small child we lived in O’Connor, being told to never ever play in the storm drains, no matter how safe they looked . That would have been about 5 years before this awful event. Kudos to the people organising the memorial .

Hi Julie-Anne. Where in O’Connor did you live? Hakea Cres by any chance?

Blen was in my class at Lyneham High. Well done, Blen for persisting and getting a memorial to the people who suffered from that terrible event.

We were living in Pearce at that time. I remember the water rushing so fast down the hill it was nearly as high as the street sign. It was an awful storm.

Suzanne Huntley Doug has posted a comment further down. The neighbour he refers to was Frank Machutta who lived across the road from us both.