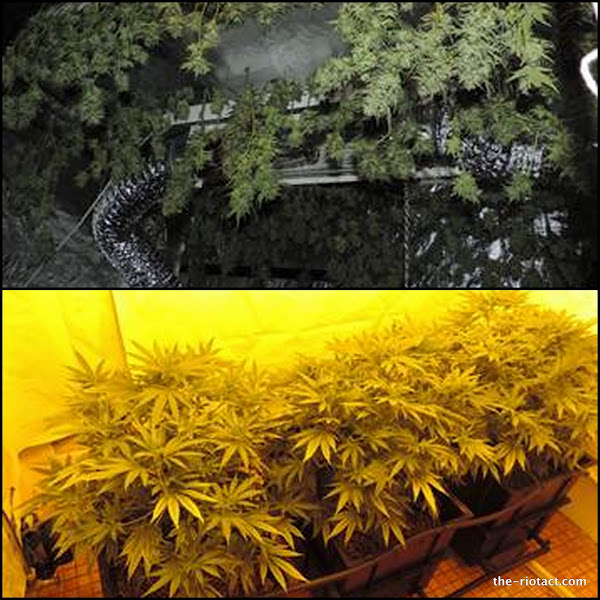 ACT Policing has arrested a 41-year-old man after executing a search warrant at a Kambah residence yesterday (Thursday, August 22).

Criminal Investigations detectives from the Drug and Organised Crime Team executed the warrant after receiving information that the resident was cultivating cannabis.

During the search police located two rooms on the ground floor being utilised for the hydroponic cultivation of plants suspected to be cannabis, and located a sophisticated hydroponic set up.

Police seized 11 plants along with 2.2 kilograms of drying plant material suspected to be cannabis.

The man was arrested and taken to the ACT Watch House where he received watch house bail.

He will appear in the ACT Magistrates Court at a later date.

Chris Ellis - 53 minutes ago
Andrew Barr has a developer liberal light problem. View
Kathleen Hayes - 58 minutes ago
Rooster James I don’t agree. Andrew and Shane are past their use by date. I won’t be voting them back. View
Vic Hughes - 1 hour ago
*Labor. And we once had a Liberal government, but they proved little better than the awful Labor government of Follett. Prese... View
News 3

Elaine Staples - 9 hours ago
A wonderful place....that will be even better.....and continue to bring people and money to Canberra...that can then be used... View
News 8

Travis Harvey - 16 hours ago
Worth every penny. The stress on parents to try to educate their children at home whilst also trying to hold down their regul... View
Bianca Rossetti - 17 hours ago
To me schools opened too soon.. I would prefer to put health before wealth View
News 16

Sally Tregellas Wodzinska - 18 hours ago
I understand that Qantas believes its air filtration in-flight is fine enough to filter out all germs. I do hope so. View
Gabriel Spacca - 18 hours ago
Simon Wheaton How does it work?... View
show more show less
*Results are based on activity within last 7 days

@The_RiotACT @The_RiotACT
A new sports program from @rowingact is helping veterans in the ACT get back on their feet and back into the community, putting their social and mental wellbeing at the forefront of the recovery process. Find out why it works, and how you can get involved https://t.co/vStfh31S3Q (18 minutes ago)

@The_RiotACT @The_RiotACT
The new suburb of Whitlam in the Molonglo Valley continues to take shape with a flurry of government tenders for its development. Tenders are out for the first release of multi-unit sites and stand alone affordable housing blocks across Stages 1 and 2 https://t.co/0qT3BR2nKV (2 hours ago)