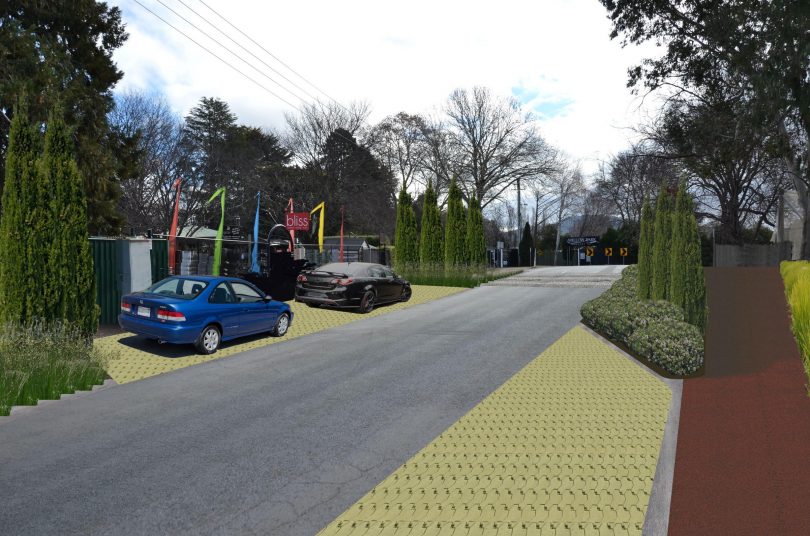 Business and residents have welcomed a Labor pledge to build new footpaths and parking areas in Pialligo, and investigate traffic-calming measures in the rural enclave if the Barr Government is returned on 17 October.

The government says it will upgrade infrastructure in the popular garden and nursery precinct near the airport as part of its economic recovery plan for the ACT, and has been working with the community to design infrastructure that will meet the needs of local businesses and visitors.

The plan includes new footpaths along Beltana Road, landscaping to align with the rural nature of the area as well as acknowledging the nature of local businesses, including garden centres, and formalised parking.

Also planned is a new left in/left out intersection with Pialligo Avenue at the corner of Beltana and Kallaroo Roads, and an investigation into traffic-calming measures on Beltana Road.

Bliss Garden and Giftware owner Iain Eaton was pleased that Pialligo would be getting some attention as it was a destination not just for locals but visitors from NSW as well.

”I know we’ve got our national institutions which are tourist attractions, but I know that people come to Pialligo from Sydney and country NSW,” he said.

”It’s such a unique type of street with all the orchards and cafes and nurseries, people will literally do a day here and they’ll come from far and wide.” 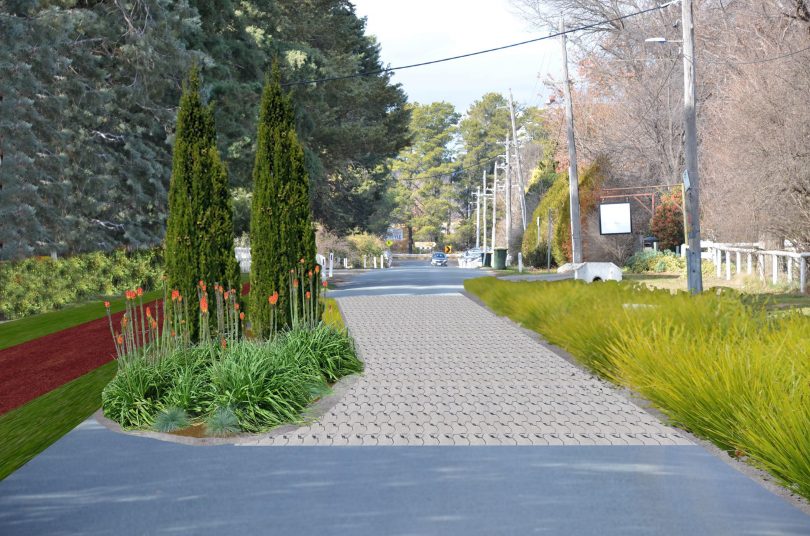 Road narrowing to slow traffic is also on the cards.

He said visitors usually walk along Beltana Road from business to business so new footpaths would be a good thing.

Parking could be a bit ramshackle so formalising the situation was also welcome, although he would prefer 90-degree parking rather than parallel parking so more customers could fit in, “but if they do up the road nicely and it becomes easier to park that’s definitely a positive”, Mr Eaton said.

He is also pleased that traffic-calming measures such as narrowing the road were on the agenda, mainly because of the danger caused by trucks travelling too fast.

Mr Eaton has already lobbied successfully for a speed bump on Beltana Road near his business.

Pialligo Residents Association president Bob Ross said that as Pialligo had grown the increase in traffic and trucks was making life difficult for pedestrians and creating safety issues.

He said it was a really good concept to change the way the road looks and functions while retaining the rural character of the suburb, as required by the Pialligo Master Plan.

”If we don’t have the road functioning so it’s supportive for pedestrians and traffic then we’ve got a problem.”

Chief Minister and Tourism Minister Andrew Barr said the planned work would support an area of the ACT that was becoming increasingly popular with visitors.

“We all know that Pialligo is a popular destination for locals and residents in the Canberra region, but it’s also somewhere Canberrans bring friends and family from around the country,” Mr Barr said.

“Our local tourism industry has been hit hard by the COVID-19 pandemic, and a re-elected Labor Government will continue to support the sector as part of our Jobs and Economic Recovery Plan.”

The Pialligo Master Plan was released in 2013.

@Amanda Evans – assuming it turns out as shown in the pictures, it really does not look like a suburban street

I hope they leave it alone. Pialligo has character without kerbs and paths. Why turn it into a suburban street. People can cope.

Appears you must never have cycled there. Rough road and edges need fixing.

No please don't ruin it.

I live in Pialligo and completely agree it needs to remain a country feel. The road has however been an issue for years and does need an upgrade to ensure safety whilst maintaining the country feel. We’ll se me what transpired as they’ve been discussing it for probably 20 years!

Huge rate rises in Pialigo have financially impacted local businesses and residents. Yet Barr misuses ever rising rates on self indulgent extravagances like rainbow roundabouts .

.....And there goes the charm. Neat = boring suburban.

As long as they dont install paid parking or timed zones that they patrol and book people.

I was thinking this last time I visited Pialligo. Pialligo could be like a Canberra version of Mogo or Milton if done nicely.

Nope. I actually like that pialligo feels like a small English country village. Why does everything have to be squares of cement?

Yes parking is not good there

Diana Napier - 11 minutes ago
It's not a museum. That's the point what they are building is a ballroom for men who never had one.... View
Motoring 25

AJ Jay - 23 minutes ago
Paul Leins but but you may have to go over a gutter in the carpark...or park on a green verge...totes justified then.🤣 View
TimboinOz - 4 hours ago
A Forester is even better. More ground clearance makes it's reach / range into bushland a good bit better. And it's just as g... View
Peter McDonald - 5 hours ago
Michael Bradshaw and it’s EV. View
News 66

Alicia Conley - 51 minutes ago
Liberals on a local level people. Get them in... View
News 5

chewy14 - 1 hour ago
JWinston, Most people probably didn't respond because the "documentary" you reference was full of outdated, inaccurate inform... View
jwinston - 2 hours ago
Good luck with that. I recommended “Planet of the Humans” on a thread months ago and the silence has been deafening. I gu... View
Futureproof - 3 hours ago
There's no such thing as zero emissions. Every item you buy has had emissions to create it. The Chinese made windmills, the C... View
Opinion 37

Timothy Bailey - 3 hours ago
The AWM and "ANZAC" are very powerful icons. Difficult to argue with or question. The whole 'Beersheba - last great cavalry c... View
BlowMeDown - 8 hours ago
I think you've just summarised the Labor/Greens strategy re promoting light rail by derailing, as they did, the bus system in... View
Community 23

When did the word 'consultation' become the beginning and end of a genuine voice from the community on major policy...
Motoring 25

@The_RiotACT @The_RiotACT
The 2021 Kite Festival is an opportunity for everyone to participate in an ancient Indian tradition, and hopefully feel some sun during a winter hibernation https://t.co/hR5Nmvb6Bz (1 hour ago)