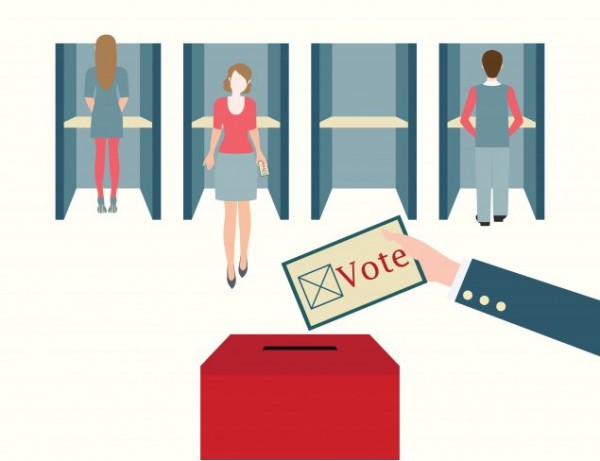 One third of voters will pre-poll for the July 2 Federal election, we are told. Not all of this high number will be out of town on the day. Many are doing so for convenience. They have better things to do with their time on the Saturday: shopping, sport, children’s sport or whatever.

Leaving aside the argument of whether you have the right to vote, you also should have the right not to do so, our election methods are human resource wasteful and antiquated.

As our population rises in a city like Canberra we have increased the number of polling booths both for the pre-poll and the big day itself, thus adding to the number of Party workers to form a gauntlet of waving how-to-votes as you enter a booth. The area around the booth itself – generally a school – is festooned with Party signs encouraging support. No wonder people vote in advance.

There is no legal requirement for any of this and, save for enforcing the legislated distance a party worker can stand from a polling booth entrance, the Australian Electoral Commission ignores the scrum outside.

In less literate times voters might have needed help to identify the Party or candidate they wanted to support. This is no longer the case (even if the accidental informal voter will continue to do so out of ignorance), yet we insist upon giving how-to-vote guides.

How unnecessary this is can be seen in the ACT Legislative Assembly elections where handing out how-to-votes is banned within 100 metres of a polling booth. This enables people to enter now fenced school grounds, usually by vehicle and bereft of pamphlets, well within the 100 metre limit. Yet somehow formal votes are cast!

Ideally and simply if the 100 metre rule was extended to Federal (and State) elections the tiresome run between the rows would be avoided, the increasing difficulty of manning more booths by the Party faithful would be removed and the insult to voters’ intelligence would be excused.

An alternative would be to display each Party or independent’s how-to-vote in the polling booth itself, protecting the privacy of a voter to a greater extent than grabbing your candidate of choice brochure outside, although there could be a problem displaying the tablecloth ballot papers frequently seen in Senate and Upper House contests.

The ultimate is electronic voting and from home, however there are problems to be ironed out and the cost would be considerable so this is some way off.

Currently the cheapest and tidiest way to improve our voting system is to introduce the 100 metre rule for Federal and State elections and, if a trial run is required, what better place to test it than the ACT, familiar as we are through our Assembly election?

However don’t hold your breath. Remember how long it took to close the polling booths at 6pm instead of 8pm?

While I would be all for extending the exlcusion zone around polling booths, I wonder if you have a different agenda in mind?

“you also should have the right not to do so” – it seems you are arguing we should not have compulsory voting either, which is a different argument altogether than exclusion zones. You include this 1 throw away line though without expanding on it or justifying it. Makes me wonder what your agenda actually is….

Pre-polling surge among ACT voters is at record levels