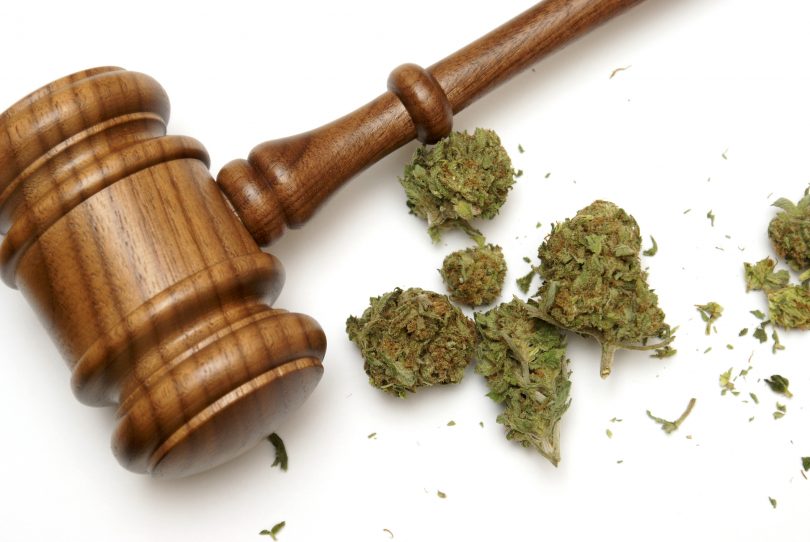 What factors need to be considered if the ACT was to legalise Cannabis for personal use?

Drug policy has always been a vexed issue – in Canberra, across Australia and around the world. While prohibition has been the dominant approach for most drugs, the ACT has a strong history of considering progressive drug law reform.

The latest issue under active discussion is a proposal to legalise Cannabis for personal use. This was prompted by a Bill being tabled in the Legislative Assembly last year and has been the subject of an Assembly Inquiry. The Inquiry Committee has been undertaking research and seeking submissions from health groups, community advocates and the public. Recently, the Committee tabled its report with recommendations about how to proceed on this issue. This provides a good opportunity to reflect on the proposal, and what it might mean for the ACT.

While the ACT decriminalised the personal use of Cannabis in the early 1990s, people who use Cannabis still come to the attention of law enforcement and end up in the legal system.

Cannabis use is by no means harmless. Growing evidence suggests that early uptake by younger people, heavy and prolonged use and pre-existing risk factors for serious illnesses are more likely to result in serious health issues for Cannabis users. There are also growing concerns about regular Cannabis users displaying health symptoms similar to tobacco users.

It is due to this second category of harms which result from criminalisation, that we are contemplating legalising the personal use of this drug. A review of the Inquiry Report and the submissions provided to the Inquiry provide further insight into some of the impacts this has.

A strong body of evidence suggests that the criminalisation of drugs has undermined the community’s ability to deal with drug use as a health issue – and this is the case for Cannabis. Submissions to the inquiry pointed out the difficulty of having an open dialogue with young people and family members who use Cannabis given the stigma associated with the criminalisation of Cannabis.

Evidence was also given that the ACT’s approach to decriminalisation, while helpful to some, has not significantly reduced the level of interaction Cannabis users have with the legal system – with around 65 per cent of people detected by law enforcement still going through courts or other diversionary programs rather than accessing the on-the-spot fines. Submissions document that people who are caught more than once, or who are known to police are often channelled through the courts as opposed to given fines as the police have discretionary power.

Submissions presented evidence that in practice the current system may work the first time someone is caught with Cannabis, but may not work a second time, with health organisations stating that it was the ‘frequent flyers’ who were most likely to have health concerns and be in the most need of help away from the justice system but end up in the system due to a subsequent offence.

The Inquiry has also considered many of the practical issues, such as how much Cannabis should be considered as acceptable to have for personal use. It asked what appropriate cultivation methods there are. It contemplated how people would access seeds to cultivate plants for personal use given this would still be illegal. It asked how this legislation would deal with road safety laws around being impaired while driving and how it may interact with Commonwealth laws. It also considered issues such as how to deal with public spaces and how to protect children and young people.

While the Inquiry provided recommendations to deal with some of the issues, some answers are still unclear. The evidence presented to the Inquiry demonstrates that once these questions have been resolved, changes to laws could make a real difference for people. Importantly, we could see a system that better facilitates help for people who need services and support. This, however, will need to be complemented with more rehabilitation programs and services – current services are already struggling with demand and community need. While we wait to see how this proposal progress, initiatives such as the Drug and Alcohol Court will potentially be one way that we see more focus on the health aspects of drug use.

I think it is important to support evidence-based drug reform. What do you think?

Rebecca is a member of the Board of the Canberra Alliance of Harm Minimisation and Advocacy, one of the community organisations who contributed to the Inquiry.

We don’t use evidence or data when formulating policy on a whole range of topics (firearms regulation, solar rebates, aged care, what ever) so why should we take a different approach to drug use?

Good article thanks Rebecca. Would love to see Cannabis legalised properly. The biggest benefits I see are the reduction in funding to organised crime, increase in tax revenue, and less police time taken up enforcing the currents laws. My main concern is how the harms (such as impaired driving and mental health issues) are managed. I guess the same model as current alcohol and tobacco laws could be the go? Cheers.

chewy14 - 2 hours ago
BJ, I agree its not good for anyone to have a significant amount of apartments empty. Governments, both local and Federal sho... View
bj_ACT - 6 hours ago
I think we must both be misunderstanding each other. I wasn’t saying you were wrong, just surprised by your views. Personal... View
Kate Tricks - 17 hours ago
Bad news for those of us looking to buy... View
News 33

Carole Ford - 5 hours ago
How dare the feds control how the voting public in the Territories vote. It's the worst kind of BS that I've heard in my 62 y... View
Nell Feneck - 7 hours ago
No thanks View
Jessamine Bernadette Elena Perlibachas - 8 hours ago
Unnecessary suicides occur every day because of this system failure. Forcing suicide as the closest thing to a choice prevent... View
Sport 27

HiddenDragon - 17 hours ago
"The ACT needs home-grown solutions that fit with its culture and the aspirations of its people and origins, not imported min... View
Gabriel Spacca - 20 hours ago
Well I feel sorry for those who are coming here to escape the anthills of Sydney and Melbourne. The current government is try... View
Marc Edwards - 21 hours ago
Ian Bushbell is about 50+ years to late View
show more show less
*Results are based on activity within last 7 days