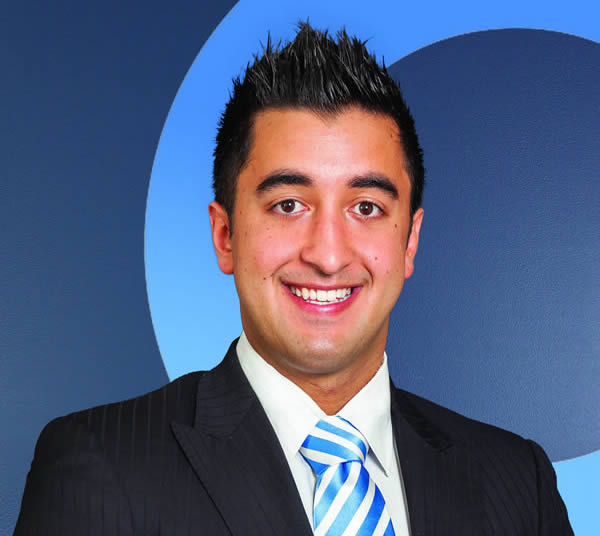 When you’re under 30 and run one of Canberra’s newest real estate offices, a bit of confidence and market knowledge goes a long way. This is something Luton Properties Gungahlin director Jason Roses knows only too well.

“If I meet a client and I look young, act young or don’t know what I’m saying, then that’s going to come across fairly quickly,” the 26-year-old says.

“I make sure that I look and act the part and that I’m aware of recent sales and listed properties. I’ve armed myself with all the tools I need to compete with guys who have been around for a lot longer than I have.”

Since opening Luton’s Gungahlin office just over 18 months ago, Roses has grown his team from just one employee to 14, and his office has been ranked as the top Luton office for five consecutive months.

“We’ve got an amazing, dynamic team and everyone works really well together,” he says, though he acknowledges there is no one-size-fits-all approach for managing a high-performing team.

“I try to give everyone an excellent working environment, and to be as uplifting and positive as possible. My job is to encourage my team to list properties, make sales and continually better themselves every year.”

While Roses obviously has a talent for selling property – and for inspiring others to do the same – he didn’t always plan on a career in real estate. After finishing high school, he studied a Bachelor of Management at the University of Canberra, but it wasn’t long before he decided to follow in his mum’s footsteps (his mother, Mehri Roses, is an agent at LJ Hooker Tuggeranong).

Balancing full-time study and full-time work, Roses’ first taste of real estate was in administration in property management. He eventually worked his way up into sales, and success was swift to follow. In 2006, he took out first place at the International Auction Idol, and since then has won awards including REIACT Auctioneer of the Year in 2010 and 2012, and the People’s Choice Award in 2012.

He says that Canberra’s real estate market is unique compared to other Australian cities.

“We’re in a bit of a bubble with the public sector; we’ve enjoyed fairly steady sales for a long time. We’ve never seen property prices go through huge spikes or lows. Unlike other cities, we don’t have a lot of holiday real estate, so it’s a stable market. That’s what makes it such a popular market to buy in.”

His advice to Canberra home buyers is to look for properties that are in established areas with bigger blocks, but that don’t yet have premium tags attached.

“Inner Woden suburbs like Lyons, Curtin, Mawson, Torrens and Farrer are becoming quite popular. Closer to the city, you’ve got Lyneham and Hackett which are doing well too,” he says.

“Then there are a lot of people who want easy care, brand new homes. For that, they’re coming to Gungahlin, and of course, we enjoy servicing them.”

RE agents only usually get paid commissions for what they sell – so it’s good that they are obviously listing properties but the agents may not be being paid all that much until they sell something. If they are on a retainer they will be paying it back once they are earning.

I have watched this guy at a recent auction very good operator.

Feedback - 47 minutes ago
The article mentions that 'The path out will resemble last year’s easing but will include working from home for some time t... View
whatwik - 2 hours ago
With the school holidays upon us, spare a thought for children and parents (and grandparents!) in Cowra, which was among area... View
Opinion 49

Tom Worthington - 48 minutes ago
Not "Man the torpedoes", it will be: "Activate the AI in the Uninhabited Underwater Vehicles". ;-) More seriously, Australia... View
chewy14 - 48 minutes ago
JC, I've repeatedly said this isn't mainly about the hardware although it helps. And why can't we strengthen our non military... View
chewy14 - 53 minutes ago
Won't be fooled, I said it helps to protect Australia. But only partly through the hardware, the bigger benefits come from th... View
News 2

Tom Worthington - 59 minutes ago
Fond memories of the old Gowrie Hostel, where I was put up as a new public servant in the early 1980s. We all congregated to... View
Property 22

@The_RiotACT @The_RiotACT
Cold weather is sweeping in again across NSW and ACT, potentially bringing #snow, #hail, and damaging #winds with it. Here's what you need to know https://t.co/SiTWclpxRK (23 minutes ago)