Look Back In Anger comes to the Courtyard Studio 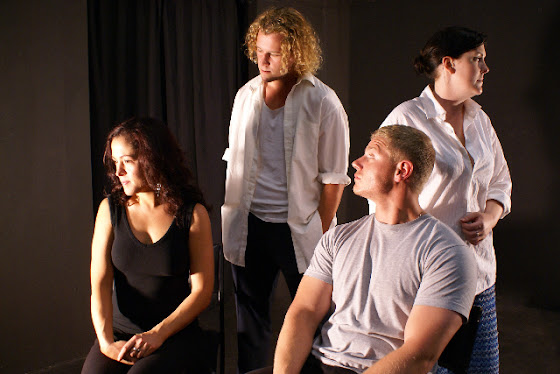 The very talented Naomi Milthorpe sent the below media release in, it’s fair to say if she’s involved it’s likely to be pretty good.

RECOLLECTED IN FIRE AND BLOOD:

It’s one of the twentieth century’s most magnificent plays – a work that opened the doors of theatres for a new generation of writers. The landmark work of the Angry Young Men, John Osborne’s Look Back In Anger set off a landmine in British theatre in 1956. Now, in the 21st century, Paris Hat Productions launches its 2011 season bringing Osborne’s visceral masterpiece to the Courtyard Studio, Canberra Theatre Centre from February 17 to 26.

“I suppose people of our generation aren’t able to die for good causes any longer. We had all that done for us, in the thirties and the forties, when we were still kids. …There aren’t any good, brave causes left.”

Directed by Cara Irvine (One Flew Over The Cuckoo’s Nest) and featuring a cast of talented Canberra performers, Look Back In Anger explores the lives of disillusioned youth in post-war Britain. Fed up with both sides of politics and inherently distrustful of the Establishment, Jimmy Porter (Ben Williams, Who’s Afraid of Virginia Woolf?) has no target on which to unleash his anger but his middle-class wife, Alison (Fiona Atkin, The Laramie Project). Jimmy is born out of his time, alternating between the cries of a lost child and white-hot, speechless rage.

“Like the old bear, following his own breath in the dark forest. There’s no warm pack, no herd to comfort him. That voice that cries out in the dark doesn’t have to be a weakling’s, does it?”

Angry, over-educated, and over-informed, Jimmy sits in his flat yelling at the newspaper and yelling at his wife. He’s “a clanging bell”, says Paris Hat co-founder, producer, and actor Fiona Atkin. Canberra actor Ben Williams says of playing Jimmy: “whether the time is Osborne’s or ours, or sometime yet to come, the feeling of being cast adrift by your contemporaries, lost in a landscape of your own reality is both a recognizable and uncomfortable position to confront.”

Giving voice to a generation burdened with the understanding of class inequalities but without any capacity for instigating change, Look Back In Anger is both historically significant and sharply contemporary. It is a powerful love story and an expression of the desperate, impotent cry of every generation of disenfranchised youth.

“The central and most immediately influential expression of the mood of its time, the mood of the ‘angry young man’,” John Russell Taylor

Paris Hat was formed in 2007 by Fiona Atkin and Eliza Bateman. The company debuted with a critically acclaimed double bill of contemporary plays – David Mamet’s Sexual Perversity in Chicago and Patrick Marber’s Closer. After taking time off for Fiona to complete a PhD in Drama and perform as Artistic Director for Moonlight Productions, the company has now reformed in 2011 with a season of contemporary classics including Look Back in Anger and Equus. With a focus on modern drama, Paris Hat is dedicated to presenting quality productions of seminal works of Australian and international theatre. For more information visit www.parishat.com

LOOK BACK IN ANGER by john osborne 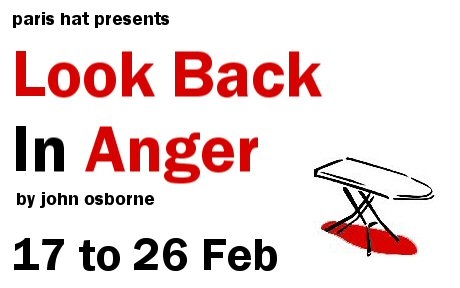 Daniela Wilsener - 7 hours ago
Jake Wilsener Ash Garrity could be an option? View
Scott Abela - 8 hours ago
Robyne Mitchell Exactly, complaints from fire and ambulance drivers that these narrow roads are putting lives at risk.. View
Helen Prior - 20 hours ago
About the roads.Enough traffic. already. View
Community 1