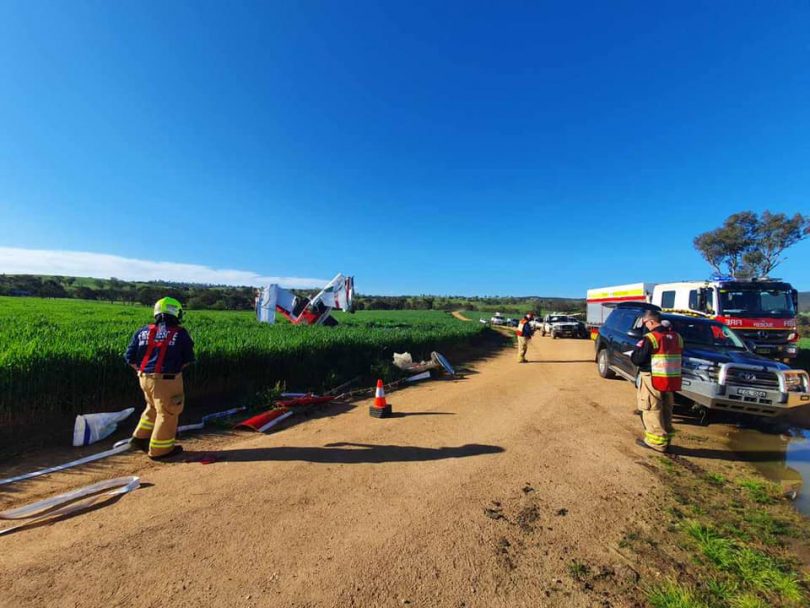 Emergency services crew at the scene of a light plane crash in Cootamundra on Monday, 28 September. Photo: Fire and Rescue NSW.

A pilot in a light plane who collided with power lines in a Cootamundra paddock on Monday, 28 September, has had a lucky escape, walking away without major injury.

Officers from Riverina Police District, paramedics from NSW Ambulance, and members of the NSW Rural Fire Service and Fire and Rescue NSW were called to the paddock on Lismore Road following reports of a plane crash at around 2:50 pm. 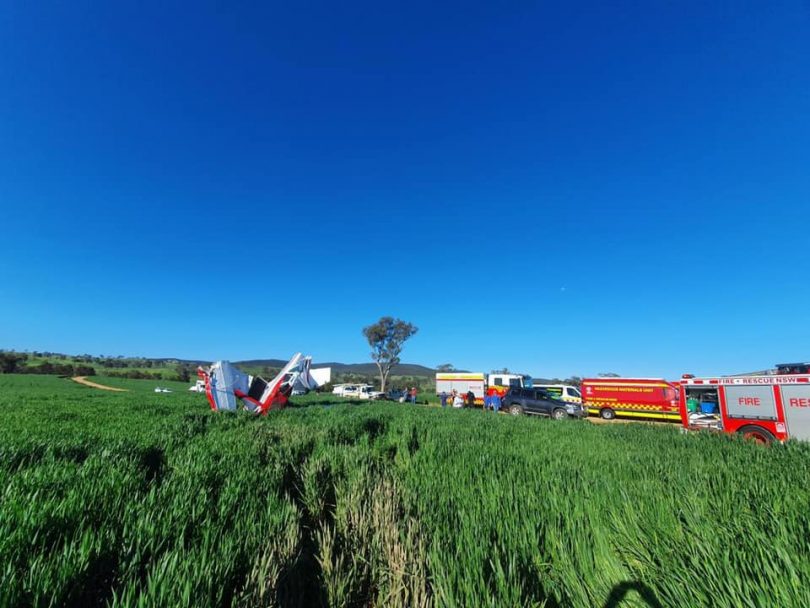 The wreckage of the light plane that crashed into a paddock in Cootamundra. Photo: Fire and Rescue NSW.

The 27-year-old pilot from Cootamundra was conducting a crop dusting operation in a Cessna Husky aircraft when the right-wing struck power lines, police were told.

The light plane crashed into the ground, bringing down the power lines.

The pilot sustained only minor scratches and bruises, but was later taken to Cootamundra Hospital for observation.

A crime scene was established and local police are working with Australian Transport Safety Bureau investigators as inquiries into the crash continue.

Simon Wheaton - 10 minutes ago
Reading reports from back then, he was even dodgier than our current politicians! View
Lifestyle 16

Jennifer Brodie - 13 minutes ago
Are they selling tulip bulbs this year ???? View
Suzanne Mansfield - 6 hours ago
Karina Curwain rats and damn! View
Dawn Glover-Schwalm - 6 hours ago
Til Bijou me too!! View
News 32