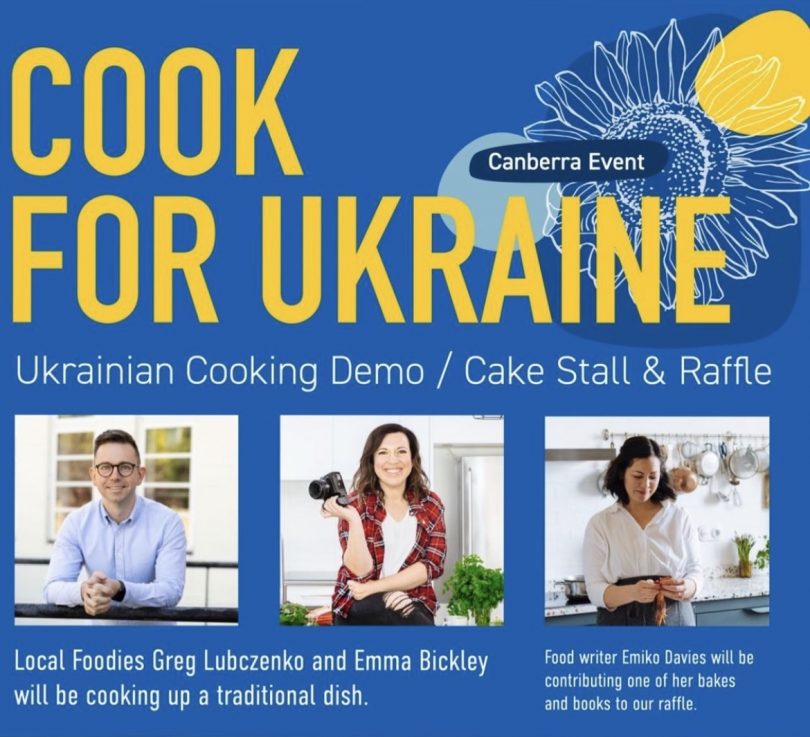 Two Canberra foodies have teamed up to host a Cook For Ukraine event at Canberra Deakin Football Club.

Together they’ve organised a cooking demonstration, cake stall and raffle on Tuesday, 19 April as part of the Cook for Ukraine movement.

A volunteer-led initiative, Cook for Ukraine was started by several Ukrainian cooks and cookbook authors living in London, including writer Olia Hercules and chef Alissa Timoshka.

They aim to use food as a unifying force to raise awareness and funds for the humanitarian crisis in the Ukraine with a particular focus on families and children. Anyone is encouraged to sign up and hold a supper club, bake sale or food event as part of the movement. 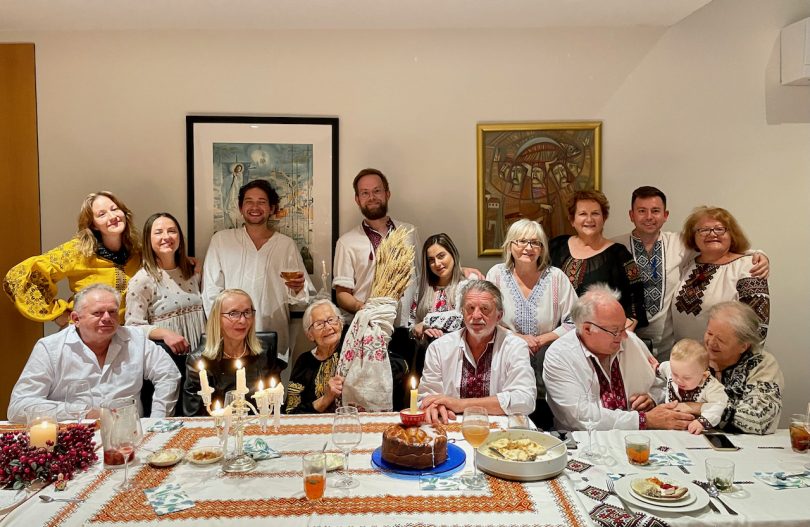 For Greg and Emma, family heritage and connection have played a big role in why they’ve stepped forward to organise the event.

“My background is Ukrainian, all four of my grandparents were born in Ukraine and immigrated to Australia in the 50s and 60s,” Greg said. “So I grew up speaking Ukrainian, we had a very strong Ukrainian community life.

READ ALSO: Going back to the good old CWA days – Cooking With Attitude

“And of course central to that is food. Both my grandmothers were pretty amazing cooks back in the day.

“They all had very big veggie gardens out the back so a lot of the food we ate was whatever came out of the garden that day.

“It was an amazing way to grow up, eating all that delicious food.” 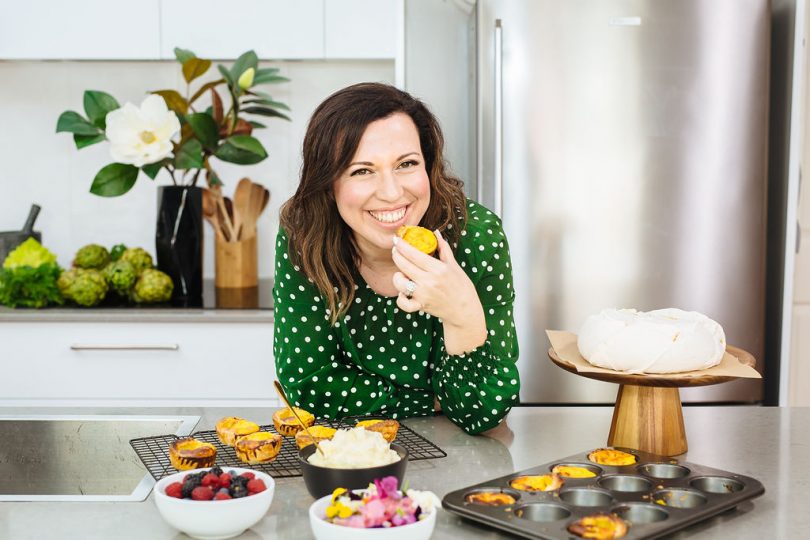 Although Emma’s family background is Croatian, the Cook for Ukraine movement reminded her of a similar situation 30 years ago.

“In the 90s when Croatia was at war, my family and all the other families would hold fundraisers so I just really wanted to help the Ukrainian community in any small way I could,” she said.

“I thought if I could use my food connections, and food friends and food skills to help this movement then I’m going to do it.” 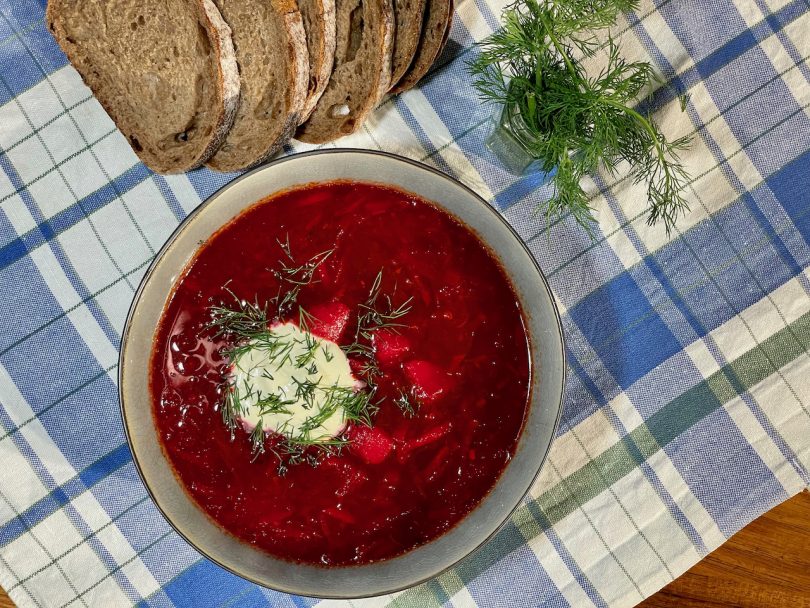 Greg will share his grandmother’s borscht recipe on the night. Photo: Supplied.

The co-hosts will lead a cooking demonstration at the fundraiser as Greg shares his grandmother’s recipe for borscht: a Ukrainian beetroot soup.

Greg said the style of Ukrainian food he grew up eating was mostly ‘hearty, simple, peasant food’ but the size of the country meant there was much more diversity than commonly thought.

READ ALSO: Mandi is stepping out to help people living with dementia

“Ukrainian food is probably not very well known globally… it’s actually a lot more regional and there’s a lot more variety out there in terms of the dishes and the types of ingredients people use.

“For example, in the south of Ukraine where it’s a warmer climate closer to Turkey, they eat a lot of eggplant.

“But most of the food we grew up eating was probably more western Ukrainian food because that’s where my grandparents are from. Most of the immigrants to Australia were from those regions.” 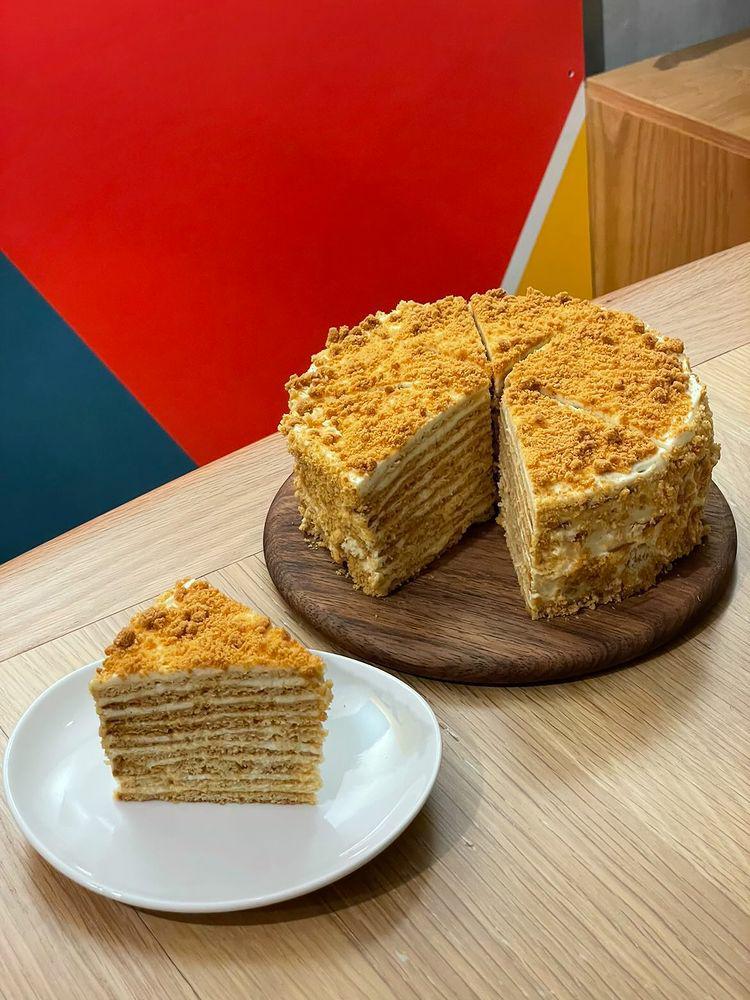 ‘Medovyk’ layered honey cake and other Ukrainian and Croatian treats will be available at the cake stall. Photo: Supplied.

For the sweet tooths, Greg’s baked Ukrainian tortes will line up on a stall next to cakes and sweets created by the Croatian community. Canberra food businesses Krofne and Wita Makes will also run stalls amid a raffle on the night.

Food writer Emiko Davies is donating one of her signed cookbooks plus a home-cooked Ukrainian meal she’ll bring to the event.

Entry is by donation to Cook for Ukraine. Attendees must register for a ticket via Eventbrite so organisers can anticipate numbers.

Additional funds raised through the raffle and cake stall will be donated to the Australian Red Cross Ukraine Crisis Appeal, as recommended by local Ukrainian community members. Cash is required for the cake stall and raffle.