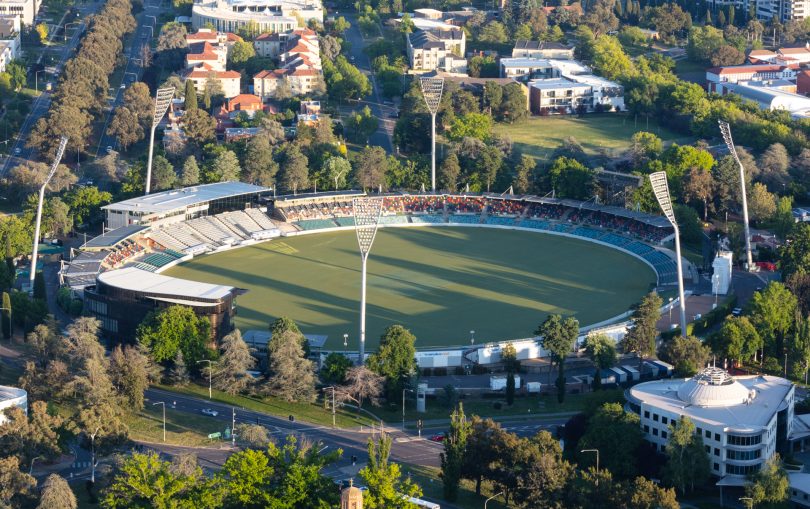 The Twenty20 International at Manuka Oval against New Zealand on 8 February has been replaced by a match against Sri Lanka on 15 February. Photo: Thomas Lucraft.

Fears Canberra would miss out on international men’s cricket this summer when the New Zealand tour was cancelled have been quickly forgotten. Cricket Australia has secured Sri Lanka as a replacement opponent.

The changes mean the 8 February, Twenty20 at Manuka Oval has been rescheduled to Tuesday, 15 February. Cricket Australia selected Manuka over more traditional international cricket venues, including the Adelaide Oval and the Gabba.

Cricket Australia CEO Nick Hockley said the health and safety of all stakeholders remained a key priority, and holding the series across Melbourne, Sydney and Canberra minimised biosecurity risks.

“We remain committed to bringing international cricket to all states and territories across the country as safely as possible,” said Mr Hockley.

“We thank Sri Lanka Cricket for working closely with us to make the series possible and look forward to five entertaining matches.”

After their T20 World Cup win in November, and on the back of a dominant Ashes performance, the Aussies will head into the Sri Lanka series confident of coming away with the spoils.

Sri Lanka is currently finishing a tour of Zimbabwe, where the series is tied at one apiece after Sri Lanka suffered an unexpected loss at the hands of Zimbabwe in game two.

The New Zealand tour, originally scheduled from 24 January to 9 February, was postponed due to concerns from New Zealand Cricket over their ability to return to New Zealand upon completion of the tour.

“As we now know, the advent of Omicron prompted a change of strategy from the Government, resulting in a hard 10-day mandatory isolation period being imposed on all incoming travellers,” said New Zealand Cricket Chief Executive David White.

Cricket ACT has announced that tickets already purchased for the 8 February fixture at Manuka will be fully refunded, and ticketholders should wait to be contacted directly by the relevant ticket agent. Tickets for the 15 February match against Sri Lanka will be available online soon.

Manuka Oval will also host the Women’s Ashes next week, a four-day Test match starting 27 January. Tickets for all four days can be found on the Ticketek website. 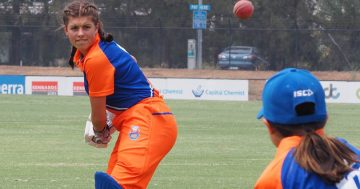