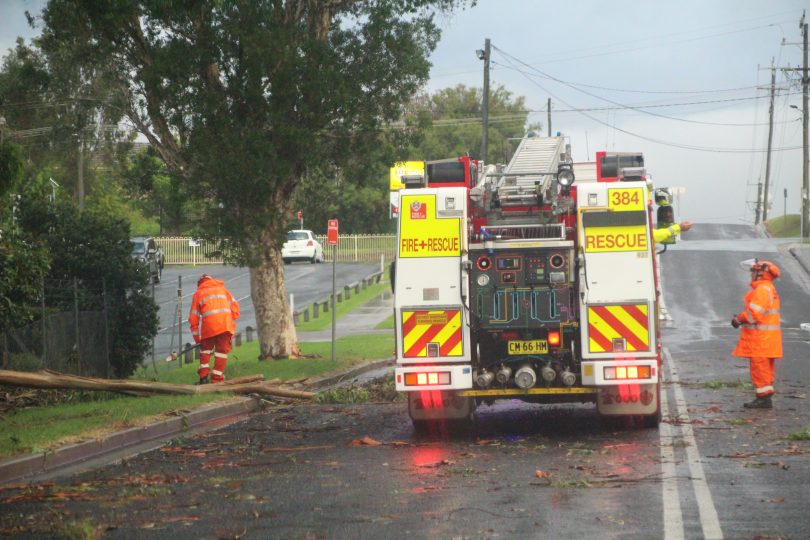 2020, the year that never stops giving, has had a last hurrah in the Eurobodalla, where a storm described by locals as “a supercell” belted the community late on Boxing Day.

Eurobodalla Shire Council has asked motorists to avoid the area and if that’s not possible, to drive at under 40km/h.

There are reports of multiple fallen trees including large elms in Moruya and other areas, creating hazards near roads. Drains bubbled up in Church Street and power lines were down in Vulcan Street in the storm’s immediate aftermath. The SES attended a number of incidents in town. 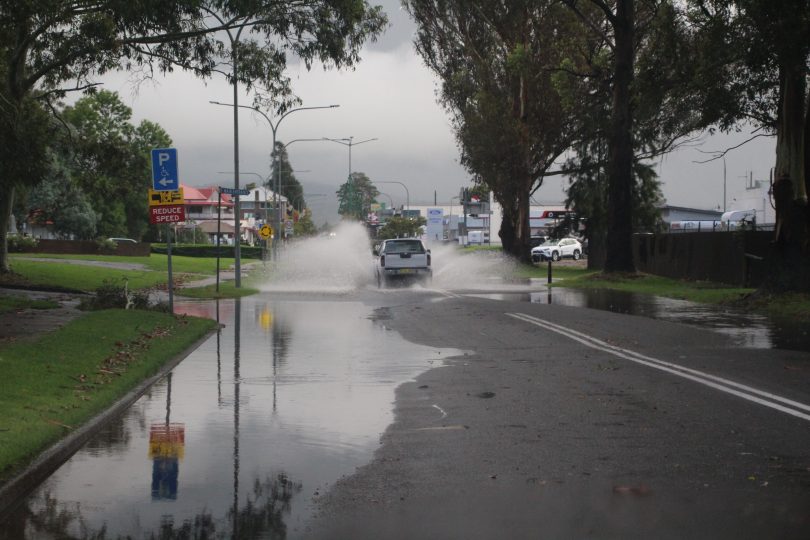 Elsewhere there were reports of hail at golf ball size near Tuross, where there was also flooding through the caravan park. 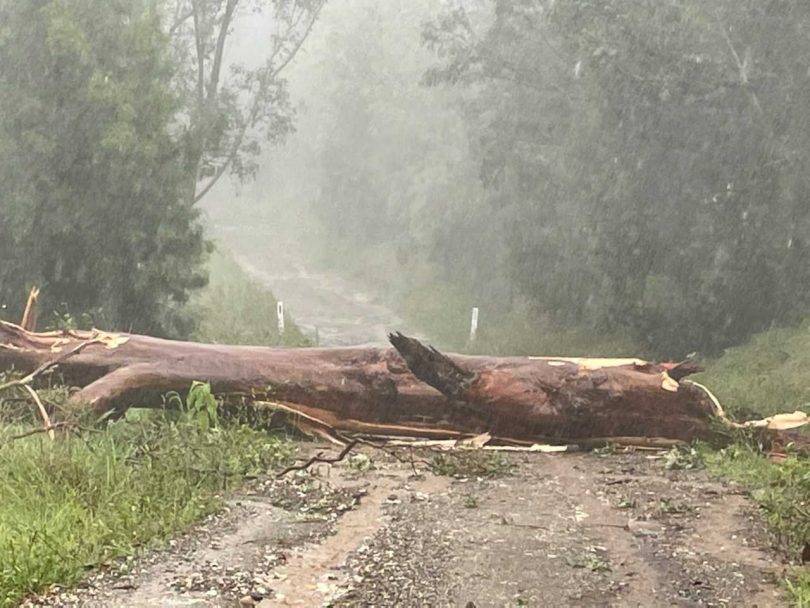 The Bureau of Meteorology warned late yesterday that severe thunderstorms were likely to produce damaging winds, large hailstones and heavy rainfall that may lead to flash flooding for a widespread area from Bowral to Eden and Bega and into the Central West.

“Be rest assured that we will get to you. We thank you for your co-operation and understanding”, they said. 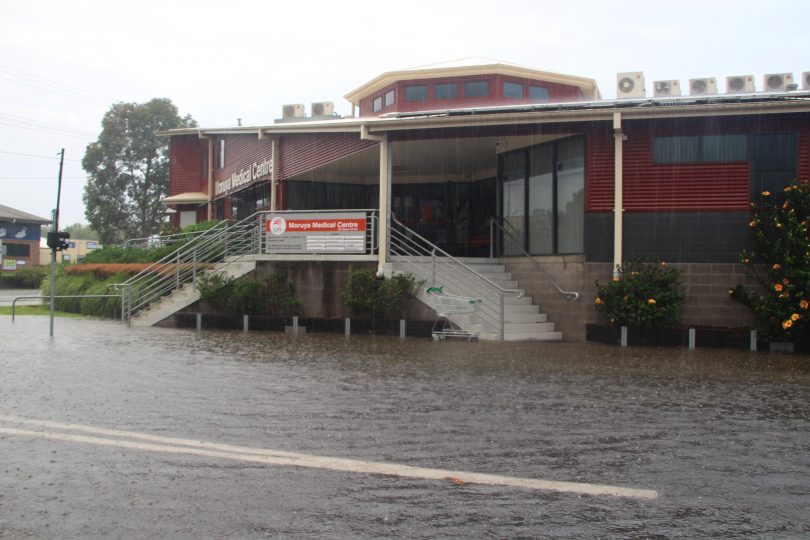 The Bureau of Meteorology says that following the Boxing Day storms, further wild weather is forecast to continue but on a more limited basis that’s unlikely to heavily impact the South East. The focus is likely to be further north and west, extending into the Southern Highlands, the Bureau’s duty forecaster says.

“Severe storms will be limited to smaller areas, with damaging winds, large hail and rain forecast for Monday”, the Bureau says. The Capital Region as a whole, including Canberra and the Tablelands, will feel the impact of a South Easterly change that should arrive early in the day.

Damage can be reported to Eurobodalla Council’s after hours number 1800 755 760.

Dale Harding Yes all good., we had hail for about 10 minutes (normal round type not like that stuff that we got in Canberra last January). Received 38mm in my gauge here at Malua Bay.

Kim Vella hope all is well there. 2020 wants to leave us with something to remember right till the end.

Mary Vella I agree with you, it’s not going without a fight!

2020 isn’t over yet! How I wish a fat lady would sing already

Diane Bilow a bit wet, plants shredded from hail and trees snapped in half at the back but all good 👍

Anna Ji - 19 minutes ago
He deserves a pedestal for his sport. His views should not impact that, especially when it's just his perceived views by one... View
Vasa Krculj - 22 minutes ago
Novak, a great sportsman and a generous human being who donated $1 mil. to the NSW bushfire victims. He must be the first spo... View
Evan James - 8 hours ago
Well said, Tim!✔ View
Community 107

Steve Aust - 48 minutes ago
Colin Parton tell 1 story here View
Louise Flint - 1 hour ago
James Daniels I was sent there for advice before I took a redundancy package. They ignored my superannuation and taxation que... View
Patrick Barrett - 5 hours ago
Dylan your fault View
News 22

@the_riotact @The_RiotACT
You're #vaccinated and #boosted, you wear a mask, socially distance, wash your hands and sanitise, but as Zoya Patel discovered, you can do all the right things and still get #COVID https://t.co/LTSsyklfol (19 minutes ago)