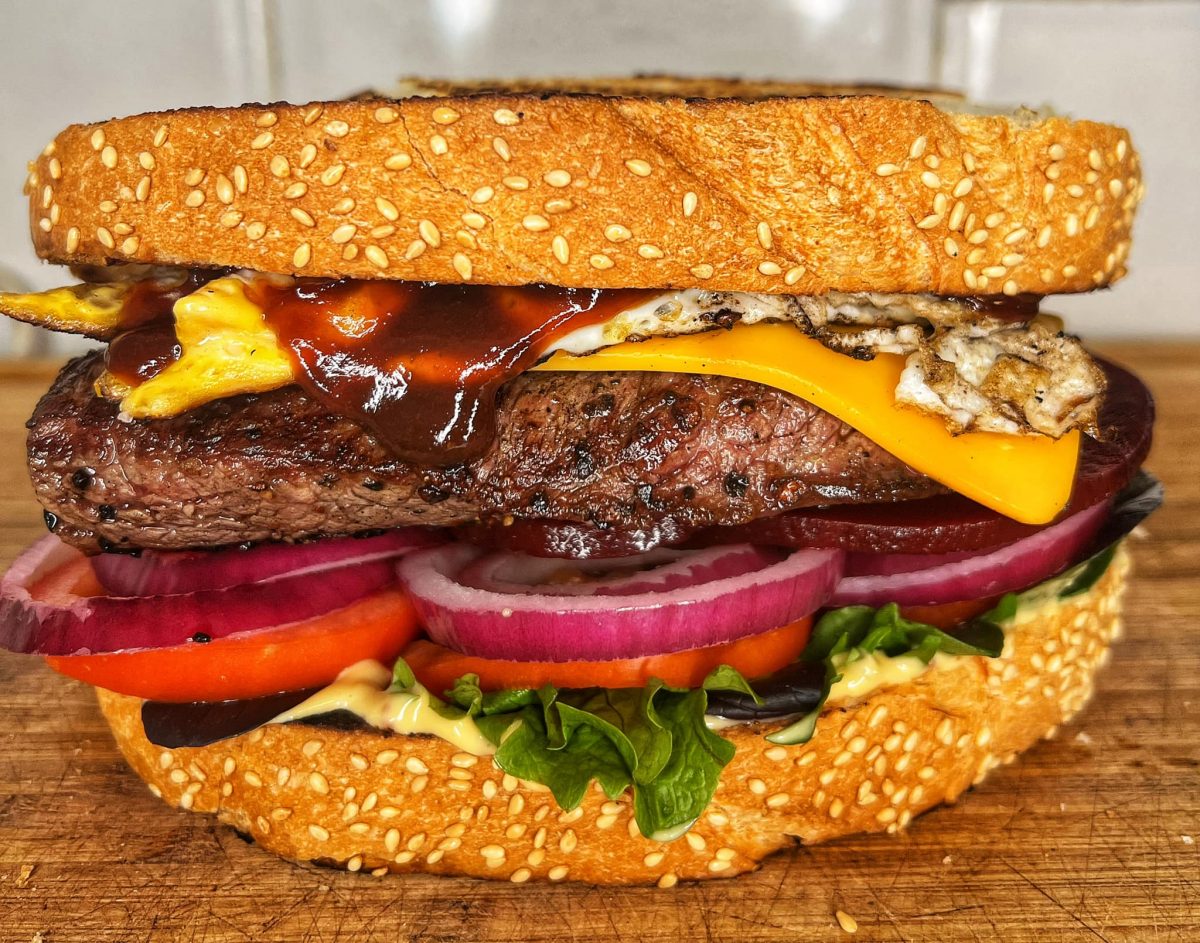 Smokin’ hot – this meaty mountain is the creation of Chad Griffin, a masterclass barbecuer who will be at the Bungendore BBQ and Beer Festival on September 11. Photo: Chad Griffin.

The days of whacking a snag, steak or chook on the barbie, setting it on fire and scoffing it down burnt on the outside and raw in the middle, are long gone.

Barbecues have come of age, just like the beef the enthusiasts prefer to cook with, according to Scott Masters of Smoke Masters BBQ who, with the Canberra BBQ Alliance, is organising the first Bungendore BBQ and Beer Festival next month.

With more than 800 members in the alliance, despite it only being set up late last year, Scott said the interest was certainly there to stage such an event in the capital region. Within four days of announcing the Bungendore festival set for September 11, more than 700 of the 800 tickets had already gone.

“There are a lot of bbq comps around, but this is the first time anything has been done here,” he said.

Scott, a former Canberra radio announcer – and the son and grandson of butchers, said his interest in the skill was sparked by an American TV show called BBQ Pitmasters – quite a different take on the Aussie method of outdoor cooking.

“It’s all about low and slow,” he said. “For most people when they start to bbq it can end up like eating your shoe. But with something like brisket, you cook it slow over a low heat – it can be a 12- to 14-hour process. Most of us have grown up with the Aussie way to bbq – hot and fast where you cook your steak in a minute or so. Not any more.” 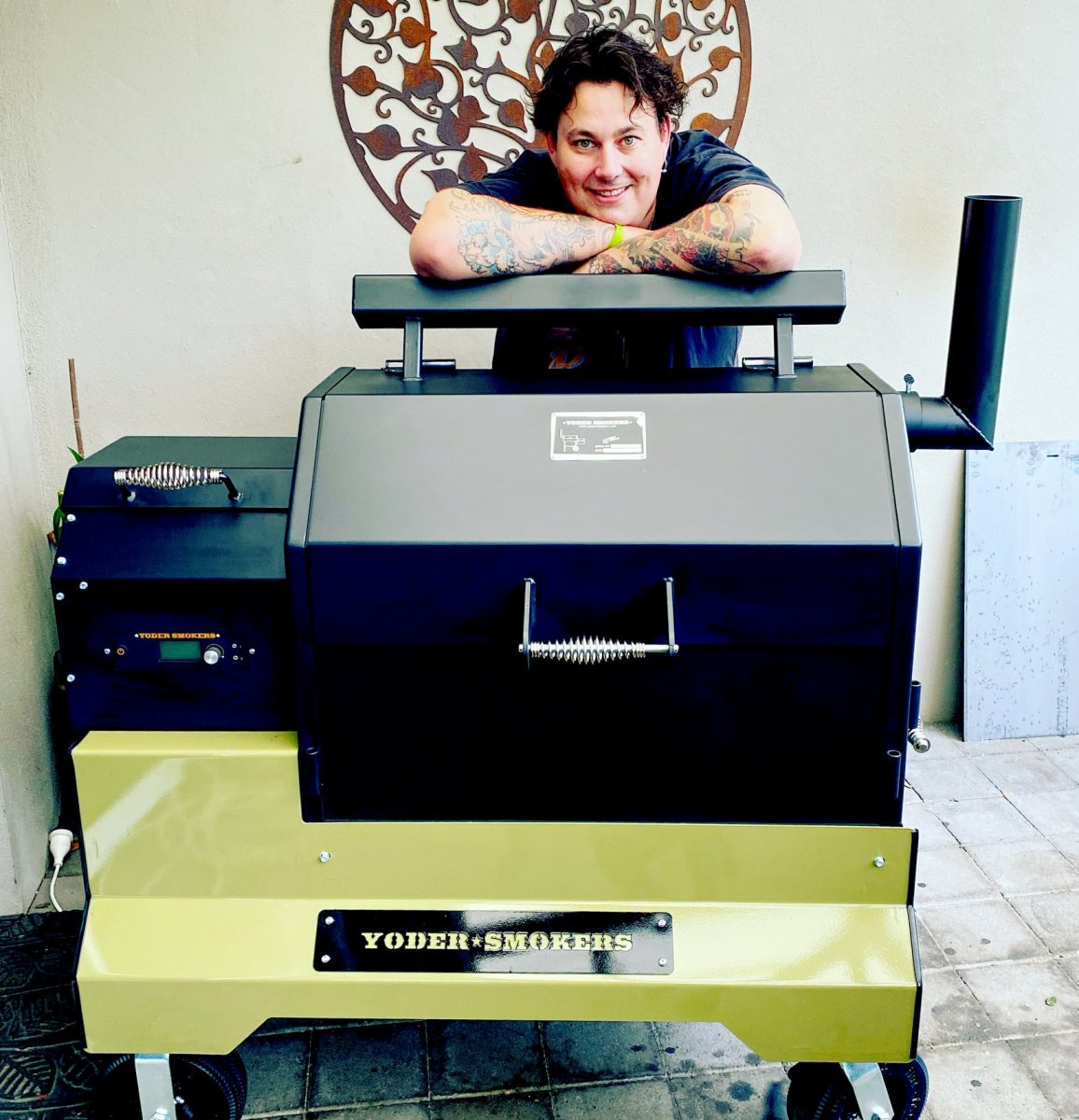 The son and grandson of butchers, it’s no surprise that Scott Masters is at the top of his game when it comes to smoking meat. Photo: Supplied.

Today it’s all about patience, flavoured wood and, he said, the best bit at the end of the day when “you have something awesome to eat”.

Scott’s favourite is brisket which he cooks at just over 100 degrees Celsius via a pellet grill. “It’s like a home oven,” he said. “It’s a smoker with a computer inside – I can turn mine on by phone and know it will sit on the right temperature all night.”

Pellet grills have grown increasingly popular for their ability to maintain a low, steady cooking temperature for hours, without any need to adjust them which is what fanciers of brisket, pulled pork and spare ribs are looking for.

“If I’ve got a huge chunk of cow, I want to make sure I cook it right. Say it’s a piece of brisket weighing 7 to 8 kilos. We’ll cook that for around 14 hours and it will end up doing us for half a dozen meals. The brisket could cost anything from $100 to $300 if it’s Wagyu beef. 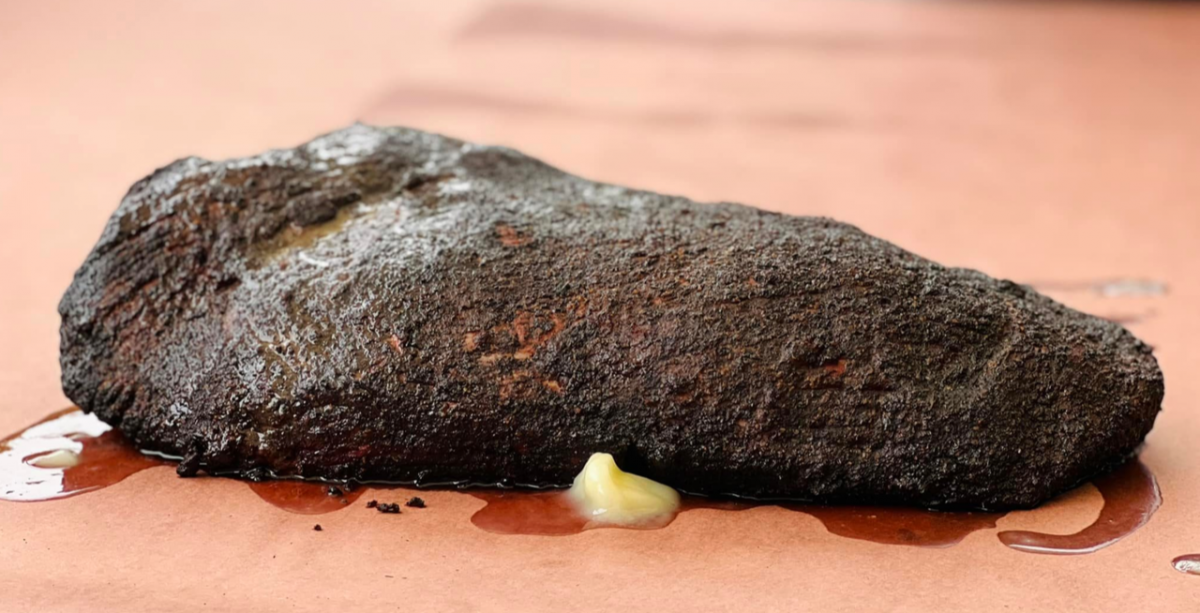 It might take a day or so to cook, low and slow, but barbecue brisket is well worth it, according to Scott Masters. Photo: Scott Masters.

“When it’s done, we’ll have brisket that night then maybe we’ll have it on pizza the next night or lasagne after that.”

Is red meat on his family’s menu every night? No, sometimes they have chicken or fish.

One of the highlights of the festival will be a demonstration of historic Weber barbecues. Scott said one alliance member had collected about 30 of the classic American kettle grills which date back to the 1950s. “He’s just got one with The Simpsons on it, apparently it’s one of only six in the world,” he said.

“It would be worth a fair bit of coin.”

The skills of grill masters like Scott will go on show on Sunday, 11 September when Bungendore’s Carrington Inn hosts the inaugural BBQ and Beer Festival from midday to 4pm.

Although it’s a free event, visitors are encouraged to book tickets so organisers have an idea of numbers for catering purposes.

Unfortunately it looks like it’s already sold out, according to the Eventbrite link. 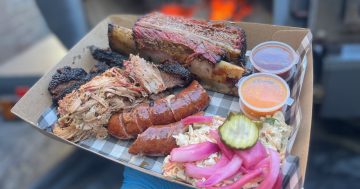