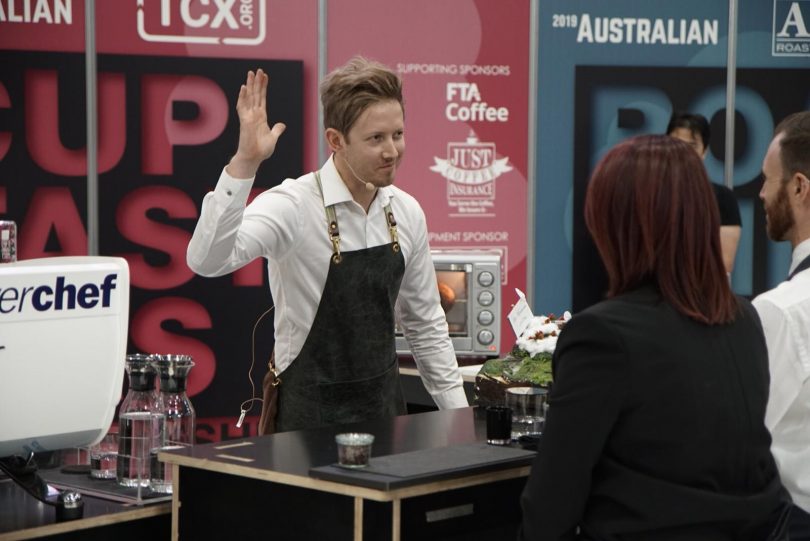 Canberra is home to the best coffee and the best baristas in Australia.

If anyone disagrees with that statement, Matthew Lewin will prove them wrong.

Local baristas have taken home first, second, fourth and sixth place in the 2019 Australian Barista Championships, the fourth time in the past five years a Canberran has been named the best barista in the country.

Barista Matthew Lewin beat his colleague and two-time national champion Hugh Kelly at the championships last week in Melbourne and will now represent Australia at the World Coffee Championships in Boston.

Lewin wasn’t always a coffee connoisseur, and he remembers a time when he would drink lattes with two sugars just like the rest of us.

“I grew up in Melbourne and I remember drinking lattes with two sugars and thinking I was pretty cool,” he told Region Media. “I remember the speciality coffee scene starting a few years later and I was blown away. I thought the industry was incredibly cool, fun and very appealing.

“I decided to get more and more involved, from learning to make coffees, roasting coffee beans, buying coffees overseas, running cafes and finally taking part in barista competitions. I didn’t realise back when I was sipping lattes that my world and my career would end up like this because I didn’t know it existed.”

The 2019 Australian Barista Championships was his sixth attempt to take home the title, after walking away empty-handed the past five years. Winning a competition in China was what renewed his confidence to prove that he could be among the world’s best.

To claim the title of the best barista in Australia requires baristas to make four espressos, four milk drinks and four signature drinks, judged by four professionals out of a score of 100.

Lewin’s presentation focused on coffees from the Santa Barbara region of Honduras and explored ways in which speciality coffee can be shared with the general consumer, to bring them into the “speciality bubble”.

“So I didn’t serve high-end coffees at the championships at all. I served coffee that was everyday drinking coffee but I just made it in a fashion that it was the best everyday coffee that you have ever had.

“It ended up being good enough to beat everyone I was competing against, so it proves you don’t have to buy expensive coffee to make it good.” 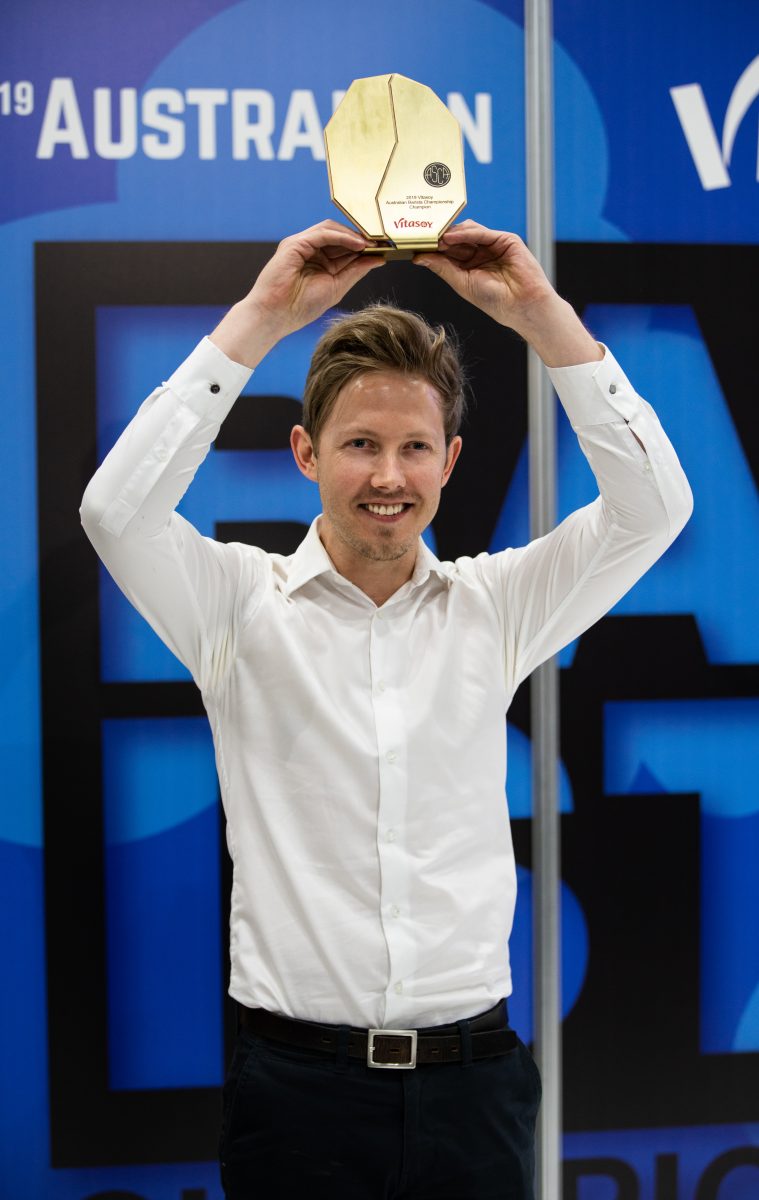 Lewin shares what makes a good coffee a great one.

Canberra is cementing its place in the national barista and coffee scene, and according to Lewin, its all thanks to Ona. With four cafes across Canberra, one in Sydney and suppling locally-roasted coffee to over 100 more, Ona has been raising Canberra’s standards for cafes, baristas and businesses since it opened its doors in 2008.

Sourcing green beans from communities around the world, including Ethiopia, Colombia, Honduras, El Salvador, Panama, Nicaragua and India, Lewin believes Canberra has the best coffee in the nation thanks to Ona’s owner Sasa Sestic.

“Sasa started the trend here and you look at what he has achieved in the last ten years,” Lewin said. “He has owned coffee farms, he is a World Barista Champion and he has raised a stable of humble, world-class professionals and built his own business that has no rival.

“He doesn’t do it to be the best, he does it because he loves coffees so much.”

So what makes a coffee a good one?

“The most important thing to make a good coffee is the fact that you like it,” he said with a laugh. “Coffee professionals get scored out of a hundred just like wine, and we look for clarity, sweetness, balance, bitterness, aroma and we would hope to have perfect tens in each category.

“But what really makes a good coffee is in the eyes of the beholder.”

Wayne Williams - 40 minutes ago
Lilly Walter tell that to the recently fatherless young fella in Brisbane, women commit family violence also View
Abbey Snell - 40 minutes ago
Samantha there is a non-gender specific sleepbus. I think this is a situation for equity. A large cause of homelessness for w... View
Monica Tiffen - 1 hour ago
Great idea! View
News 2

paservank - 52 minutes ago
...or get rid of all the cars? (an equally stupid and self-centred idea) View
chewy14 - 5 hours ago
It's ridiculous that the government is deliberately creating situations that expose these vulnerable road users to harm yet t... View
News 15

@The_RiotACT @The_RiotACT
The ACT will receive up to 3000 more doses a week of the Pfizer COVID-19 vaccine and has begun accepting appointments for a second vaccination hub to be located in the airport precinct. The new centre will open Tuesday week https://t.co/X2SJ2ittyD (19 minutes ago)