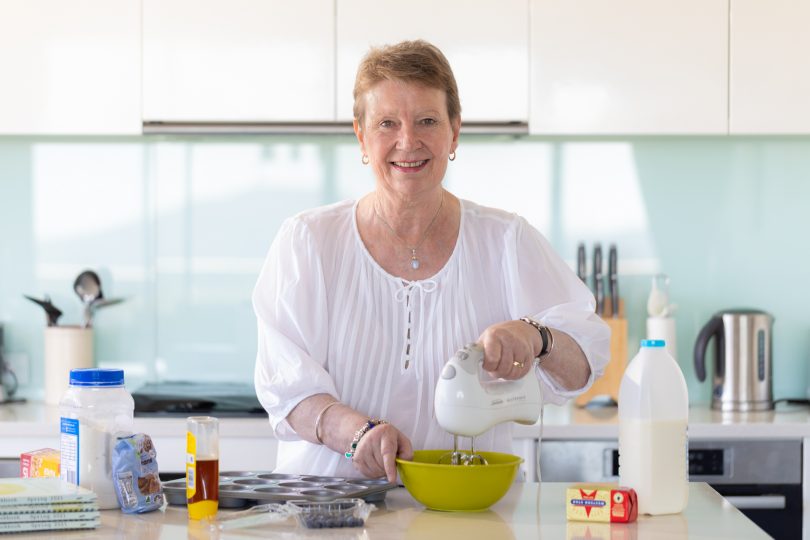 In the future, when the virus is a distant dream, the people who live at Sky Plaza in Woden will have an excellent answer when asked what they did during lockdown.

Led by resident Margaret Mossop, they got together and wrote a cookbook.

Neither a fundraiser nor a charity exercise, the Sky Plaza COVID Cookbook is more a gesture of community from a group of neighbours who have bonded over food to become firm friends.

The bonding began with spaghetti bolognaise. Raising five boys, Margaret always had an interest in cooking, and when she and her husband Mike moved into Sky Plaza, she struck up conversations with her neighbours about their favourite meals.

“Every second person said ‘I make a mean spag bol’, so this claim to fame inspired our first Italian day,” Margaret says.

“We got all these cooks who were so proud of their recipes to prepare them, we put up balloons, put the music on and had taste tests. When we’d scored each dish, the winners got a bottle of chianti.”

READ ALSO: Local cookbooks are a recipe for family, food and friendship

The apartment complex has always had a strong community spirit. Every year, residents hold an Anzac service, complete with a kilted resident playing the bagpipes. When COVID-19 first hit, they left out provisions for each other, including a box of toilet paper that everyone replenished for months.

Margaret and Mike say that’s typical of the Sky Plaza community – the residents are characters who love life and live it to the fullest.

“But when COVID happened, I realised many people missed their families and were just about dying of loneliness,” Margaret says. 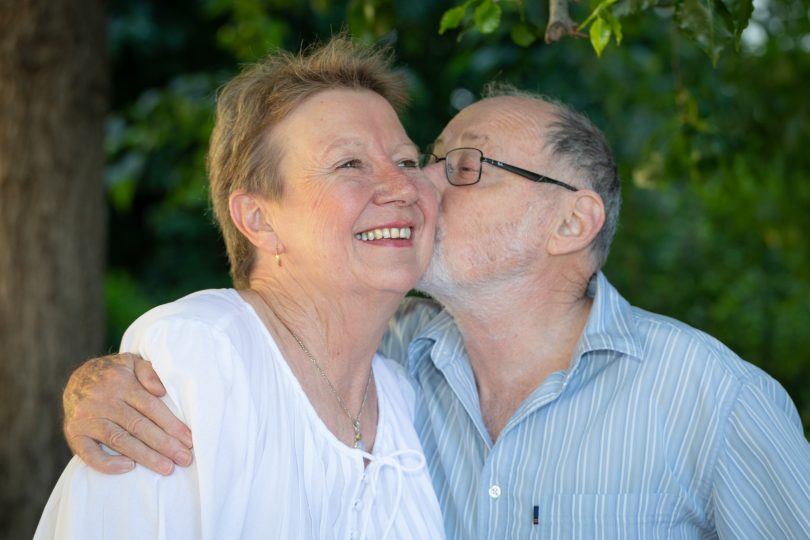 Seeking a way to bring everyone together as restrictions eased a little, she started a socially distanced Tuesday soup day, which proved so popular that it’s still going.

“There were a lot of conversations about food and people were offering their favourite recipes to each other. So we jumped on the bandwagon and decided to create a cookbook,” she says.

“The idea was that if you contribute a recipe, we’ll reply with everyone else’s and keep people cooking through COVID.

“When you buy a professional cookbook, you often use only two or three of the recipes. But I wanted everybody’s crowd-pleaser meals, the home cooking that their families love.”

And so the project began, including family favourites from nostalgic mock chicken and lemonade scones to Margaret’s own chilli con carne and the bacon toasties that her tribe devour when they come around.

Nurturing the community with food is nothing new for Margaret. The family grew up in Weston Creek where she worried about whether the neighbouring households of young blokes were eating well.

“As a Mum, I thought I needed to get some nutrition into them, so I started making them wraps,” she says. Her boys say that she fed everyone in Weston Creek when they were growing up and was also a legend in the primary school canteen for her catering.

Given its warm reception, Margaret says that Volume Two may not be out of the question.

Using a muffin tin, press the bread to fit the cases, butter side down. In a pan, cook the first four ingredients, adding garlic last. In a bowl, beat the eggs, then add the cooked ingredients from the pan and stir in the cheese. While constantly stirring the mixture to avoid eggs draining to the bottom of the bowl, fill the bread cases to just over the top and bake for 25 minutes.

If you’d like a copy of the cookbook for $10, send an email to mmcgoogan@region.com.au

We have a number of spare cookbooks for sale for $10, which is a steal for heaps of tested recipes.

Marg McGoogan how can I get a hands on one of these? Mum collects cookbooks and I KNOW she doesn’t have this.

Congratulations on your cookbook and your community spirit. I'd like a book if you have more available

Courtney Matthew, I’ll get someone to contact you regarding the cookbook. 😊

Morny Fraser, thanks very much for your kind words, I’ll get someone from Riotact to contact you and arrange the cookbook. 😊

What a great idea! Beautiful community spirit wish there was more people like this around..

Is the book available to the general public?

Hi Frank, sure is! The cookbook is $10. Simply send an email to mmcgoogan@region.com.au to organise a copy.

Thanks Morgan will do!

Sounds great, where can I buy a copy?

Hi Daniel, copies are $10 and are available by emailing mmcgoogan@region.com.au.

Recipes for success: what’s tried, tested and true on your kitchen bookshelf?