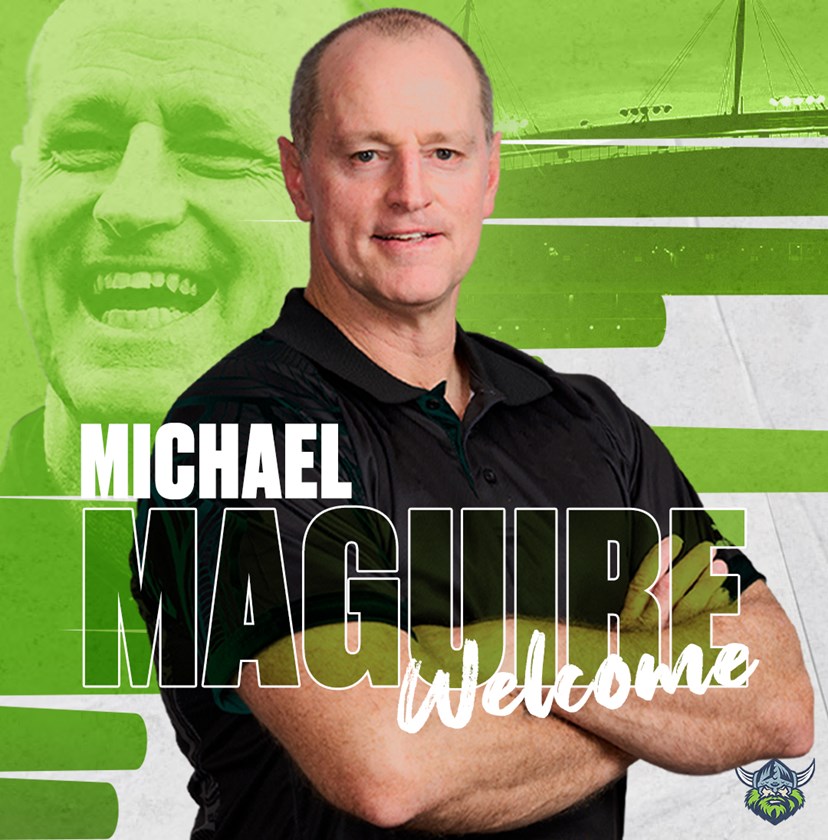 After building an impressive coaching CV away from Canberra, Michael Maguire is returning to the Raiders.

As the job title of Senior NRL Consultant suggests, the role is more expansive than that of an assistant coach, and no doubt there will be speculation suggesting that Maguire will one day take over from Ricky Stuart.

The similarities between the two are many.

Stuart and Maguire grew up playing rugby union in Canberra before switching codes; both went to St Edmund’s College; both coached teams outside the ACT and coached teams to premierships, Stuart with the Roosters in 2002 and Maguire with South Sydney in 2014.

It’s worth noting that both Stuart and Maguire were hammered by the Sydney media at times, leaving them a little bruised by the experience.

As a player, Maguire only played 18 first-grade games for the Raiders and the Adelaide Rams. He was forced to retire after breaking his neck.

But it was as a coach that he excelled, initially as an assistant coach to Matt Elliott at the Raiders, then Craig Bellamy at the Storm, before heading to Wigan and South Sydney.

He took Wigan to the Super League and Challenge Cup titles before he took on an ill-fated stint with the Wests Tigers.

To say he has been through the highs and lows of coaching is an understatement.

What he brings is a fresh set of eyes to the Raiders, as well as an existing relationship with a number of Canberra players as coach of the New Zealand national team.

His appointment on a two-year deal fills the coaching positions at the Raiders, with Justin Giteau overseeing the NSW Cup and assisting first grade alongside Mick Crawley.

Joel Carbone takes on the recruitment portfolio after coaching the NSW Cup side last season.

Leigh Woodbridge returns in a rehab role, and Darrin Borthwick is the Raiders’ inaugural NRLW coach.

Maguire’s appointment is a bonus and adds enormous experience to the coaching ranks.