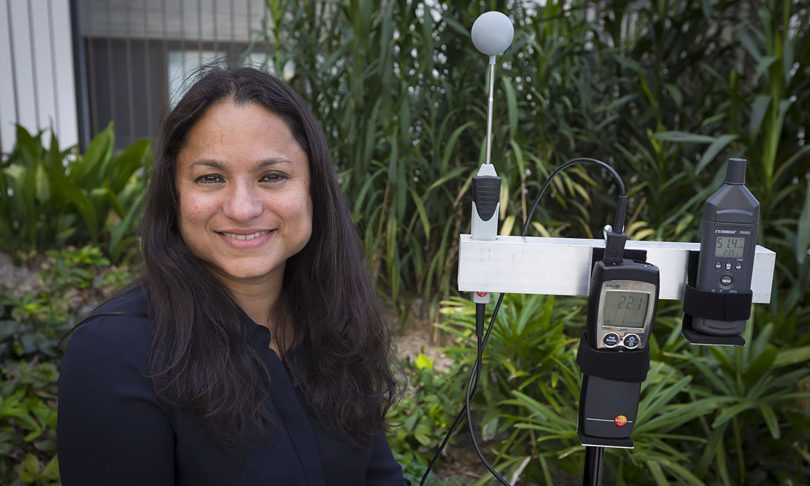 January 2019. Canberra endures five days above 40 degrees Celsius. Suddenly, as if we didn’t know it was coming, climate change has arrived and the panic is palpable.

Those without air conditioning head to the malls and cinemas, and we wonder: is this what summer is now? A dash to the air-conditioned car, a dash from the car to wherever we can find relief, while along the way the heat is radiating off walls and footpaths as you walk a thin trail under whatever shade there may be, or if in a carpark, swelter until the sliding-doors-moment that leaves you gasping with relief.

On those searing days it became blindingly clear that without something green, the concrete, glass and steel of our growing urban centres become ovens.

Welcome to the heat island effect.

It’s one reason why many are concerned about the declining urban forest that has defined the national capital since its inception, with the Greens calling for 7000 trees a year to be planted over the next decade just to allow it to recover, and launching an Assembly petition.

It’s why many community advocates are thumping the table about densification and the need to green-proof the new high-density precincts along transport corridors and in the town centres.

But for RMIT University’s Associate Professor Priya Rajagoplan, who is conducting a nationwide, two-year microclimate study, it’s not just about trees, but planning, design and cooling technologies.

She was in Canberra over the weekend supervising 150 citizen scientists in Gungahlin, Woden and Tuggeranong town centres who were being trained to collect climate data for the project.

“The data collected will help citizens to understand, mitigate and adapt to extreme heat. It will also enable policymakers to predict future health and energy needs and plan the urban built environment and open spaces,” Associate Professor Rajagopalan said.

She said that policymakers needed the information so they could make precise and effective decisions about where and how to use mitigation tools, such as reflective paint.

“The temperature could be affected by little things like the type of paint we are using, a light surface or a dark surface,” she said. “In some of the measurements we have done on a hot day in Melbourne, among the surfaces they were measuring, there was a 30-degree surface difference between a light colour and a dark colour.”

She said there were various mitigation technologies that could be applied and the climate data was important in order to understand temperature differences, and how much those technologies were going to reduce temperatures.

“We need the minor details to have a comprehensive understanding,” she said. “For example, technologies like ‘cold paint’ can have an impact, especially for low-income populations who can’t really afford air conditioning. Just by painting a roof with a cold paint can a have huge impact.”

It was the first stage of the Canberra leg of the project, which involves another 21 local government authorities.

The weekend’s data will only provide a one-hour snapshot, but they will be back in April and working through to the next summer when the really important information will be collected.

For the next stage, volunteers will have new user-friendly wireless sensors connected to a new mobile phone app.

Associate Professor Rajagoplan said the project had received a mixed reception across the project partners but the ACT Government, which is driving the densification that contributes to the heat island effect, was very enthusiastic and supportive.

Minister for Climate Change and Sustainability Shane Rattenbury said surveys indicated that the region had a high awareness and willingness to act on climate change but that was not necessarily translating into high preparedness for what people could do.

“Projects like the microclimate project and the community survey results can help us better understand what we need to do and will help influence future strategies and actions,” he said.

“We know from work done by the CSIRO that town centres in Canberra have different surface temperatures depending on factors such as tree canopy cover, area of irrigated grass, and the quantity of buildings, roads and pavements.”

He said the research would provide baseline data on Canberra’s climate in various places around the city, that would influence urban design and what areas were going to be cooler.

“What impact trees have, different types of paving surfaces have,” he said. “The information will be very important going forward in understanding climate change. But also how we should respond and keep the city cool.

“This sort of data is going to be really invaluable and the contribution from the citizen scientists will give us an excellent base of data with studies as we go forward.”

It will feed into the climate adaptation study in the ACT, as well as the soon to be released Living Infrastructure policy that will examine the impact of trees, green surfaces, and water bodies in managing microclimates.