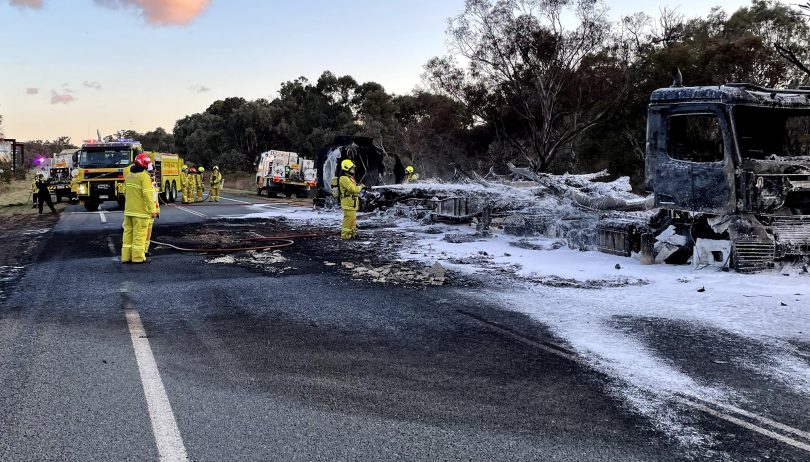 The burnt-out b-double on the Monaro Highway. Photo: Live Traffic.

One lane of the Monaro Highway has now reopened after a b-double tanker carrying a combination of diesel and petroleum caught fire south of Williamsdale in the early hours of this morning (20 September), closing the transport route.

Stop/slow restrictions are still in place on that one lane, but motorists are now able to travel between Bredbo in NSW and Tuggeranong in the ACT, although they are advised to factor in extra time.

Emergency services and traffic crews remain on site, continuing with the clean-up and salvage. The road surface will also need to be checked given the intensity of the fire.

No one was reported injured in the blaze, however, the driver was treated on scene for smoke inhalation. 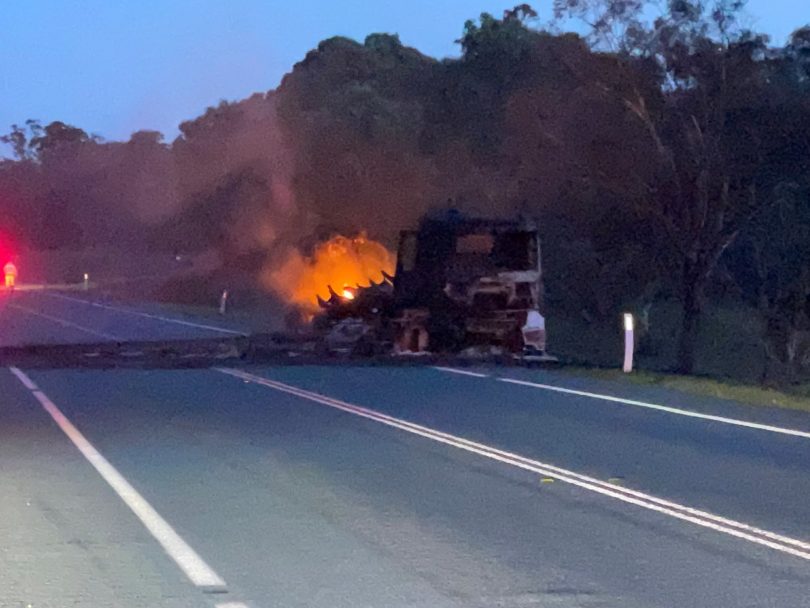 The truck ablaze on the Monaro Highway early this morning. Photo: Live Traffic.

The cause of the fire is unknown but has not been deemed suspicious.

Crews safely monitored the large tanker as the 48,000-litre fuel load burnt through into the early morning.

Cleaning up after the truck fire on the Monaro Highway. Photo: Live Traffic.

The fire was extinguished and firefighters conducted clean-up operations before reopening to traffic shortly before 8:30 am.

ACT Fire & Rescue is continuing to work with ACT Roads on the clean-up operation.