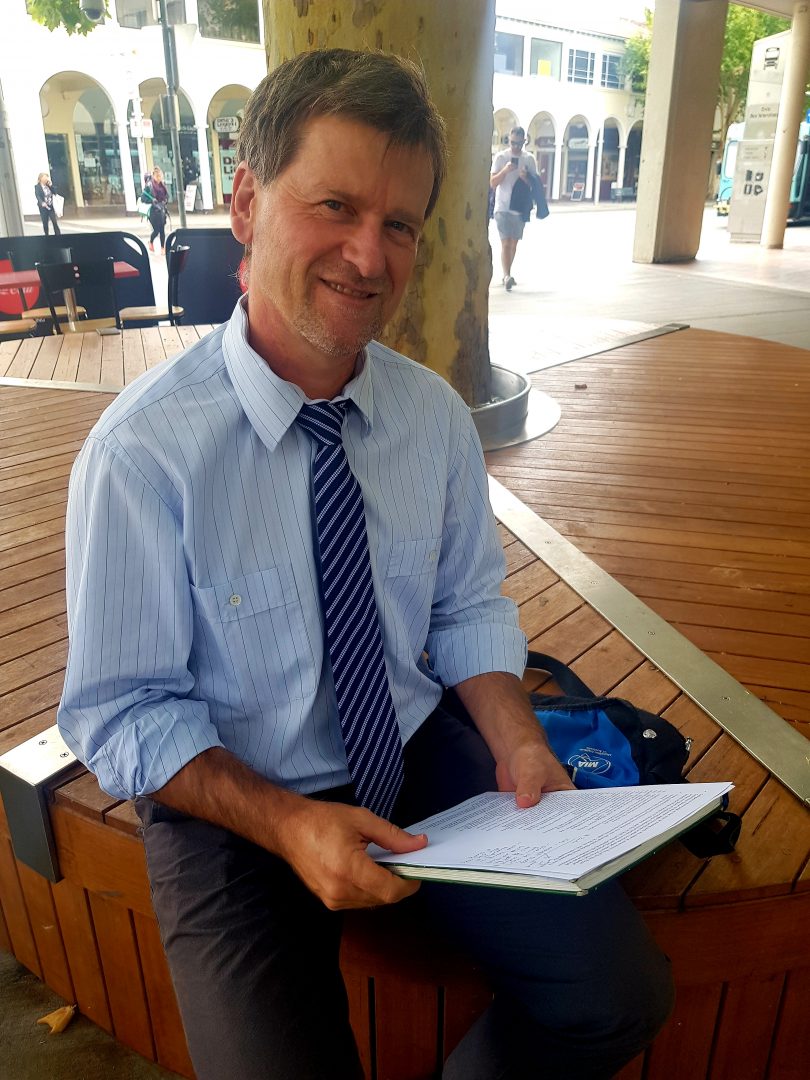 A newly formed, yet to be registered, political party is asking independent and minor parties to lend their collective weight to the call for a Royal Commission into political corruption.

Canberra immigration lawyer Nick Houston launched the Democratic Reform Alliance several weeks ago, and is asking all candidates in this year’s Federal election to support a Royal Commission into “endemic political corruption and institutional conflicts of interest among the major parties who control government”.

Mr Houston says there’s growing anger in the community about the sense of entitlement among professional politicians. “If you pull together travel entitlements, the contracts awarded to mates or donors, campaign funding, there’s a huge number of things happening without accountability.”

Houston says the major parties are “awash in improperly disclosed corporate and union cash with the corresponding favours, kickbacks, and advantageous regulatory outcomes worth, in some cases, hundreds of millions of dollars, ultimately paid for by the taxpayer. We want to have a look at this list of unethical issues and we need to do something about it,” he says.

He believes the matters are of sufficient weight to merit a Royal Commission. “If this goes ahead, I think people will be genuinely shocked,” he says. “If you look at the impact of the banking and sexual abuse Royal Commissions, we want to create some leadership and social change on the issue in the same way.”

Thus far the DRA has met with the Greens, Liberal Democrats, independent Senate candidate Anthony Pesec, the Sustainable Australia Party and the Australian Progressives although at this stage despite positive interest, there have been no firm commitments from anyone.

They’ll ask all major party candidates to state their position. “The ALP will say they’ve supported an integrity commission and the Liberal Party will agree about the problem if they’re confronted,” Mr Houston says. “But we’ll ask what they’re really going to do about politicians accepting travel and taking well-paid jobs on tribunals or as an ambassador?”

The DRA is not registered as a political party and therefore their own candidates will run as independents. Mr Houston, who may run himself, has a history with both Labor and the Greens and is being advised by Steven Bailey who has been linked with Katter’s Australian Party and was the ACT leader of the Sex Party.

“There’s a lot of anger out there. We’ll provide some reasons and explanations to people, and also some solutions,” Mr Houston says. “That’s where the Royal Commission fits in. We want an enquiry into these issues as a starting point but we also want a set of positive solutions that will improve our system of governance.

“With that, we hope to restore some faith in democracy.”