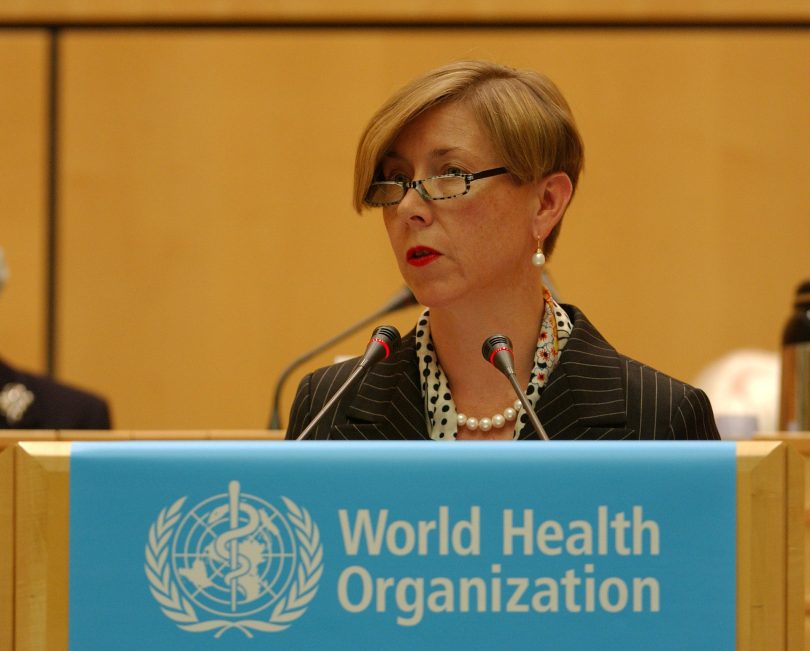 The Prime Minister has announced a high-level national coordination commission for coronavirus to manage the economic and organisational challenges the virus is presenting.

Mr Morrison said the commission will be tasked with reaching into corporate Australia to solve problems.

“I want to give confidence that the best people in the country are working to solve the problems and challenges that confront us so we get through to the other side,” Mr Morrison said.

Mr Power said “I think Australia right now, more than anything, needs to focus on minimising and mitigating the impact of coronavirus and its impact on jobs. My role will be looking for problems and opportunities to join businesses together to solve problems.”

This might happen through workforce redeployment, intervention in supply chains and planning for a post-virus future, although Mr Power said they also needed to be aware that the virus might come and go in waves.

“We will need to restore jobs and livelihood as soon as possible,” he added.

The Prime Minister also confirmed that in line with expert medical advice, all elective surgery other than Category 1 and urgent Category 2 cases will be suspended across public and private systems from midnight, allowing resources and equipment to be reserved and prepared for the COVID-19 outbreak’s peak.

“We are right at top of the leader board on testing,” Mr Morrison said. “The testing resources we are securing and contact tracing we are doing are the most important jobs we have as governments to best manage this virus.”

ACT Chief Minister Andrew Barr said that the ACT Government will be introducing further tough restrictions on social and community activities to help slow the spread of COVID-19. He described these as difficult but essential decisions and conceded they would result in more Canberrans losing their jobs.

“I need to be clear that this is likely to be further restrictions rather than fewer”, Mr Barr said.

The ACT will be following the directions from National Cabinet, but also be aligning with NSW wherever possible on shutting down non-essential services to protect public health. “We simply can not afford to have different rules for Canberra than the rules in our surrounding region”, he said, adding that it is only a matter of time before further restrictions come into place.

“They will be tougher and they will hurt. But they will save lives”, Mr Barr said.

“I can assure Canberrans that we are working desperately hard to ensure they have access to the services they need – supermarkets will stay open as will pharmacies, petrol stations, banks, post offices and animal welfare services. We will keep the power on, and the water running.

“We will do this so Canberrans can stay at home, and that’s what we all need to do now. For the foreseeable future, there is no social occasion, no party, no celebration or family get together that is a higher priority than the lives of the people around us.

“I am asking Canberrans to help each other and take care of each other”.

The full list of restrictions is now available from the ACT Health website, www.health.act.gov.au. Businesses seeking advice about their situation can call the Business Liaison team on (02) 6205 0900. 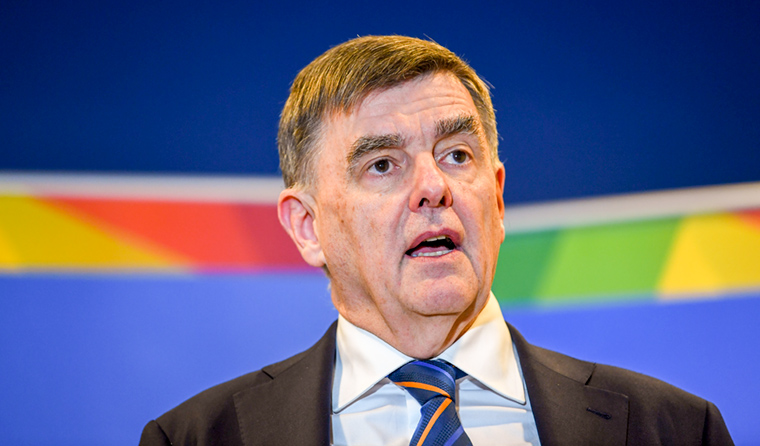 It appears that there’s still contention over how schools will operate, but multiple activities including real estate open houses and auctions, health clubs and classes and beauty services have been banned from operating.

Weddings can take place with only the couple, celebrant and witnesses present and funerals are restricted to 10 participants.

The former hard directive regarding travel is now a ban under the biosecurity powers after the Prime Minister said he was “disappointed” that a small number of Australians continue to travel overseas for non-essential reasons.

Describing widespread business closures as “heartbreaking events in our nation”s history”, Mr Morrison said, “I want to assure all Australians that as the National and Federal cabinets meet, and State governments, we are not unconscious of the real impacts these measures are having on daily lives of Australians”.

But he rejected calls for a more draconian lockdown.

“Be careful what we wish for,” he warned. “That would need to be sustained for a very long time and have a very significant and even more onerous impact on life in Australia.”

Mr Morrison described a unified decision-making process despite acknowledging that not all states and territories are at the same stage of contagion.

The new orders largely expand on existing measures and will apply from midnight tonight (25 March).

Takeaway food provision can continue from cafes, while food courts must cease operating (although they can still provide takeaways) and auctions, house inspections and open houses are banned.

Outdoor and indoor markets (excluding food markets, which are classed as an essential service) will be addressed by states and territories under their own legislation.

Beauty therapy, tanning, waxing, tattoos, spa and massages, with the exception of health-related services like physiotherapy, must cease. Hairdressers and barbers can continue to operate but with a 30-minute limit for each customer.

In addition to restrictions on cinemas, concerts and stadiums, amusement parks and arcades are now banned from operation as are play centres, health clubs, fitness centres, barre and yoga classes, saunas and bathhouses. However, boot camps and personal training can continue if limited to 10 people and with appropriate social distancing measures.

“Stay at home unless it’s necessary that you go out. Go out for the basics or medical need only,” Mr Morrison said. “Do not congregate together in groups.”

Mr Morrison remains firm that schools are safe and that it’s necessary for them to remain open, but it’s clear that negotiations between stakeholders are continuing.

Expressing concerns over the impacts on children’s education if schools closed, the Prime Minister said he would “discuss a set of arrangements we would like to proceed with that keeps schools open, that will also protect those teachers and other staff working in schools” in the following days.

He said schools should re-open after the forthcoming term break to enable people without other options to continue sending their children.

“For all those workers who need to send children to school, that’s why schools remain open,” the Prime Minister said. “Everyone who has a job in this economy is an essential worker.

“Everyone who has one needs to be able to keep doing their job. That means they will need to keep sending their children to school for an education.”

Chief Medical Officer Dr Brendan Murphy told the briefing that “we are very worried about the rate of rise in infections. It is a very steep growth and very concerning”.

He said much of the growth in Australian COVID-19 diagnoses was still driven by returning travellers and therefore putting the community at risk by failing to observe quarantine would not be tolerated.

“Don’t go anywhere on your way home. If you are identified as a contact, you must isolate. You must not go to the chemist when you’ve been told you have the disease. If you are isolating you go home and obey those rules,” he said.

While Dr Murphy said there was still no evidence of widespread community transmission, he added that there are undoubtedly hot spots requiring restrictive measures.

Australians will tolerate a shut down! It’s only some in big business who won’t!

Depending on how long this thing lasts, and how severe the damage it inflicts on the nation, the Coordination Commission may grow into something like this –