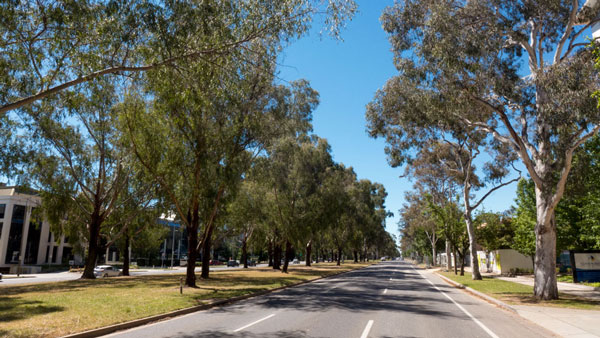 Local governments rarely get the opportunity to completely makeover and enhance the main entry to the city – and the city centre itself. Such a time has come for the ACT Government.

So many factors have come together, some good–some not so good, to deliver what planners, urban designers, architects and landscape architects all dream about. There now exists the opportunity to not just influence the design of a site, a precinct or a city block, but several kilometres of housing, transport, architecture, green infrastructure and everything involved with a city urban corridor that is Northbourne Ave.

Northbourne is not just the main road entrance to a city, it is far more than that. This avenue is a front door to the nation’s capital. It is a key part of the profile of the national capital of Australia. Or at least it should be!

This redevelopment is the chance to do something really creatively exciting, to be a world’s best example of urban infrastructure, landscape design and architecture for the 21st century. What happens along Northbourne should quickly become part of the future marketing of Canberra as a modern inland city and should enhance the international profile of Australia’s national capital.

Many people are decrying the loss of the trees along Northbourne Avenue. I do, as they have been absolutely magnificent. But I balance that with the knowledge that they were not the right trees to start with, that their time had come and the whole corridor requires a serious re-think. 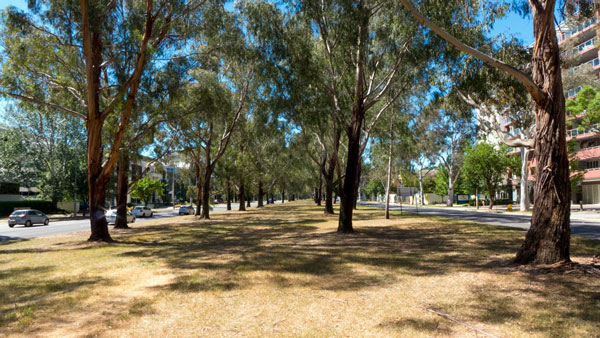 Canberra was initially lauded as a fabulous example for a city in the bush and a well-designed garden city. Over the years this image has been eroded with bad development in new suburbs as well inappropriate redevelopments plonked into settled areas.

Then along comes the announcement recently by the Chief Minister that his government is establishing a new authority to oversee the Northbourne and Civic redevelopments. It is so tempting simply to respond with a timely bah humbug!

This project is so important to the future status of the city as a place that attracts people to live here, for businesses to invest here and the rest of Australia who are generally proud of their national capital–despite the best efforts of the current Feds to destroy it. 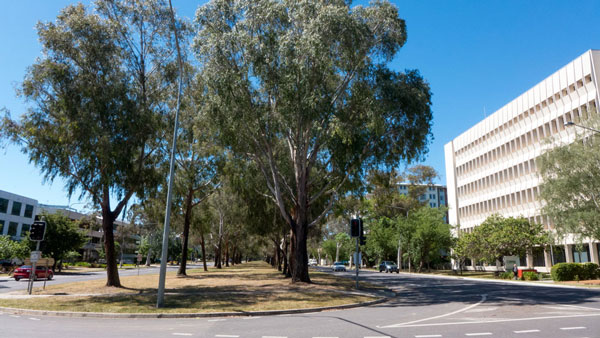 I do not care too much about what sort of structure is established to oversee the Northbourne redevelopments. It will be more about who is writing the vision thing for it and how comprehensive its powers will be to ensure that whatever happens, the authority and its key people remain design and people focussed.

To say the obvious, if the developers rule the day this will be more of the same! What a shame that will be.

Here’s an open request to the Chief Minister:

If anyone in the near future says that any of this is being delivered in line with the Griffin Legacy, show them the door. The Griffin Legacy is a recent planning document written to please developers with slight links back to what may have been the Griffins’ visions for the city.

It is now the 21st century. Things have moved on, the challenges are different to the early 20th century. It is time for some new visions and new creative, people and climate focussed solutions.

Step back and think this one through. Get some good advice (not the usual suspects please!), and put together well-led design teams who know about community engagement, green infrastructure and urban design. People with a real vision. People who know how to write and deliver on a good brief for the whole boulevard. They are out there and they may even be local.

Be aware that there are many professional consultants who are about to be your best friends. They will promise anything they think you want to hear. Please ignore them. Many have had a hand in so much of the rubbish we now have to put up with in Canberra and in other cities interstate.

Look for creativity, originality balanced with a sense of reality, and people with a vision that will deliver to this national capital a well designed and aesthetically attractive boulevard entrance to this city. It is possible.

I may be foolishly optimistic. But–for the moment at least–I hope for the best.

I am with you on this, Paul: “Look for creativity, originality balanced with a sense of reality, and people with a vision that will deliver to this national capital a well designed and aesthetically attractive boulevard entrance to this city. It is possible.”

The entrance to this city is vital to our image and first impressions (as we all know only too well), count!

As I drove my interstate visitors around Canberra in the past few days, we have unfortunately noticed the “creep” of new housing developments that look like modern refugee camps or “lego cities”, and which are obviously responding to a commercial imperative above an aesthetic one.

So your request for the ACT government to choose people who will influence this development for their creative ability and vision, in order to create an attractive entrance to the capital, is timely.

Bek Clark - 53 minutes ago
Absolutely. They should get that just for having to work with doctors. View
Business 13

Liam Grimshaw - 3 hours ago
I’m vegan View
Buddy Edwards - 4 hours ago
Dean Newman you have given me a migraine reading your words. View
Frances Jane - 10 hours ago
Dan Backhouse I'm virtually vegetarian, and have been vegan at times, but found the article to be outdated. Perhaps it's the... View
Breaking 2

Guy Noble - 20 hours ago
37 bux an hr to sit in a truck and drive for a few hrs,,, where do i sign up View
show more show less
*Results are based on activity within last 7 days

Is it time to say goodbye to the bush capital?

@The_RiotACT @The_RiotACT
What a difference 12 months makes, with bumper crops expected in SW NSW this spring thanks to favourable weather https://t.co/rFyiXzavcm (59 minutes ago)