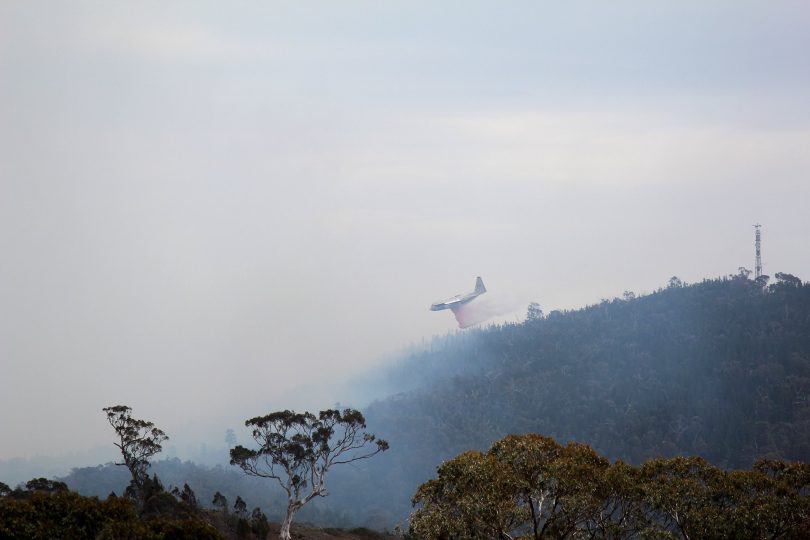 Staff at the Tidbinbilla Deep Space Communications Centre are safe despite being just three km from the Pierce’s Creek fire-front. But they have a box seat for the unfolding emergency firefighting effort.

Glen Nagle, Education and Public Outreach Manager from the Centre, said the fire had moved closer during the day but there was an open stretch of grassland between the fire front and the tracking station.

“When we came in this morning the fire was about eight km away, it’s moved a fair bit closer during the day,” he said. “We’ve been in constant communications throughout the day and keeping a very close eye on the situation.

“We can see all the operations taking place, and metropolitan fire services have been checking up on us,” Nagle said. “We actually can supply water from our reserves if necessary and provide some support and help for emergency services, as we did in 2003.

“We’ve released non-essential staff and we’re continuing to track, but not to transmit. The Visitor Centre is closed as are the surrounding roads and we have an extensive fire management plan in place. The air tankers are dropping fire retardant and we can see all the operations taking place.” 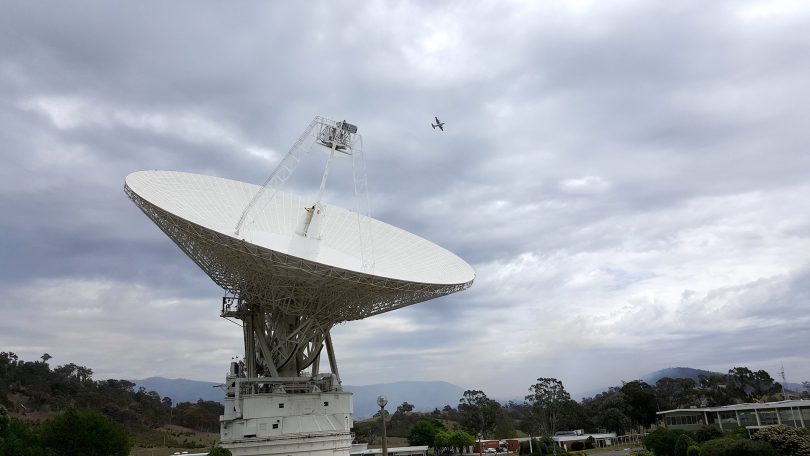 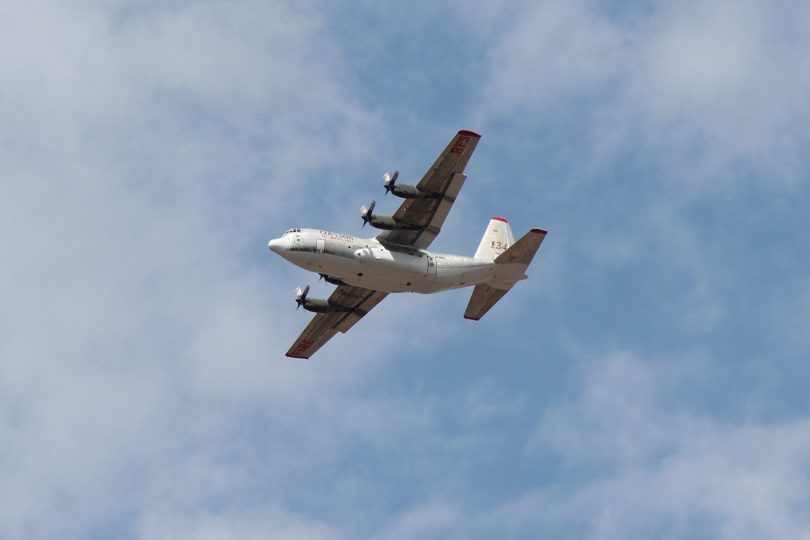 Coincidentally, though, the Pierce’s Creek fire emergency is receiving worldwide attention among astronomy observers and fans. “The Dawn spacecraft, which visited the asteroid belt between the orbits of Mars and Jupiter, ends its mission today so we came in early to track that. We’ve been getting messages from people all over the world wondering whether we’re OK”, Nagle said.

Tidbinbilla staff member Richard Stephenson has been well placed to view the firefighting effort and shared his amazing images with The RiotACT.

Do you have photos or information about the fire to share with The RiotACT? Go to our Facebook or Twitter page and tell us what you’re seeing, but make sure you stay safe at all times and don’t take risks.

Acton - 5 hours ago
Another stunning achievement for the incompetent Greens/Labor ACT government. Along with the highest rates increases, the lon... View
News 72

HiddenDragon - 6 hours ago
Much of the progressive agenda being pursued by the ACT government is fairly standard stuff - not just the ideas, but the arg... View
Ray Polglaze - 14 hours ago
Martyn Tweedie, And so what would your view be of the Federal Labor Party in December 1968? What would the evidence show? By... View
Martyn Tweedie - 15 hours ago
Ray Polglaze my sincerest apologies. "Re-elected" then. View
Food & Wine 19