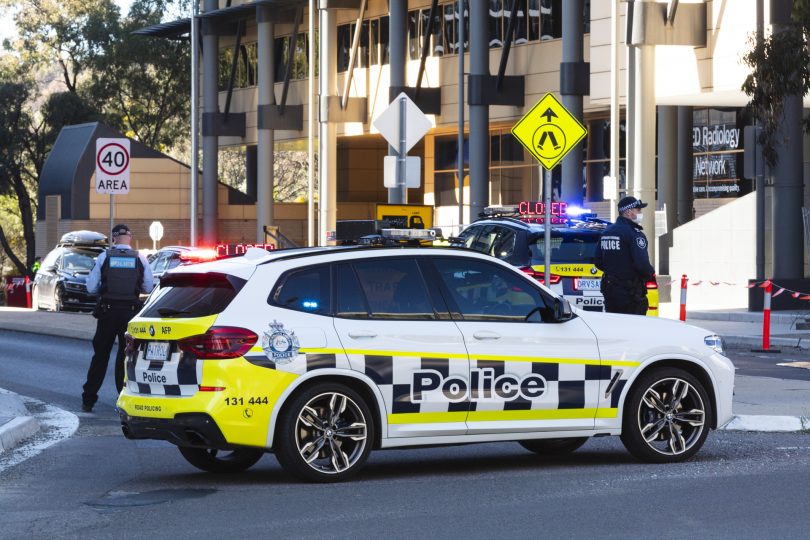 A 31-year old from Lyneham and a 50-year-old from Torrens will face a combined total of 13 charges.

The Lyneham man was allegedly found driving a stolen Toyota Camry on London Circuit at around 4:20 pm when Road Policing officers stopped him. Police also said they discovered a Conducted Electrical Weapon inside the vehicle. The man is currently in the ACT Watch House.

A drug screening resulted in a positive reading of a prescribed drug. They also found that the man had supplied a false name and address, and was driving with a license that was disqualified in October last year.

He will face the ACT Magistrates Court today charged with driving a motor vehicle without consent, possessing a prohibited weapon, driving while disqualified, drug driving and providing a false name and address.

In the second incident, a 50-year-old Torrens man was heading into a driveway in Ainslie riding a Kawasaki ZX6R motorcycle at approximately 10:25 pm when Road Policing officers conducted a traffic stop on him.

Upon stopping the man, police noticed the number plates attached to the vehicle had been altered. Further checks revealed the motorcycle had been reported stolen.

The Torrens man was found not to hold a current licence and failed a roadside drug test. After the roadside drug test, the man was in the process of being taken into custody when police discovered a homemade Conducted Electrical Weapon and more suspected stolen property.