Police call for assistance to identify witnesses in Civic assault

ACT Policing has located new CCTV vision from an incident which occurred in East Row, Civic, on Saturday morning, July 26.

Police were called to East Row around 6am after receiving a report of an assault.

The new vision shows a group of seven males who may be able to assist police with their investigation. This group of men was captured on CCTV footage on the corner of London Circuit and East Row around 5:30am. 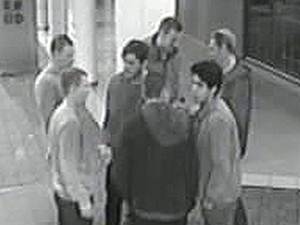 Police urge the witnesses pictured or anyone who may recognise them, to contact Crime Stoppers on 1800 333 000 or report via www.crimestoppers.act.com.au.

Liam O'Toole - 4 hours ago
National Capital Authority ignored all submission put in against the redevelopment. It's the biggest waste of money and vanit... View
Community 2

Anne Brechin - 6 hours ago
I’m not convinced society as a whole wants to jail 11 year olds. View
Coralee Rauber - 7 hours ago
At age 11 the kids know better. The age should stay at 10 to be sentenced View
Community 4

Paul Mathews - 8 hours ago
Looks like my Neighbour's BARKING DOG, went off BARKING 3 wks agao View
Alex SmilyLex - 10 hours ago
I had at least 3 encounters with dingos in the last 2 years from 8 trips to the top of the montains.... View
Opinion 4

Did you witness assaults in Civic on Sunday morning?

@The_RiotACT @The_RiotACT
Sophia Brady knuckled down and did her Wurst at the Harmonie German Club - Canberra's headquarters for hearty-food fans where pork knuckles and mega-schnitzels abound https://t.co/YFY9oVyxmM (3 hours ago)

@The_RiotACT @The_RiotACT
From the street, the award-winning 35 Negus Street in Watson will stop you in your tracks. But behind closed doors, it will take your breath away https://t.co/cXNZqMbJsP (4 hours ago)