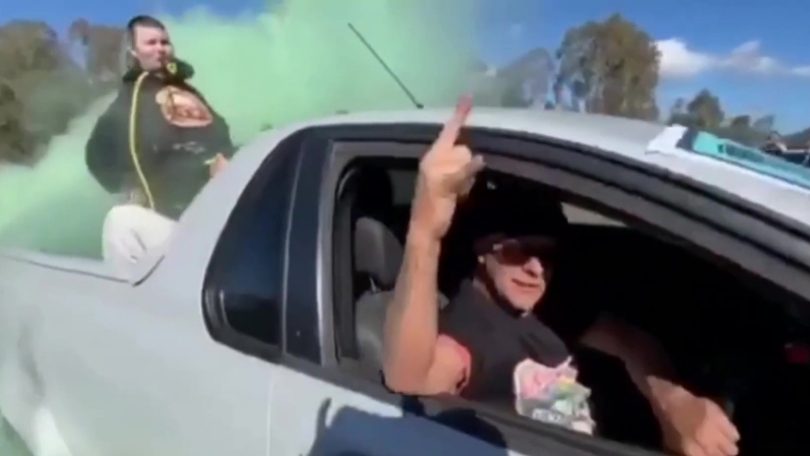 The driver of the ute poses for the cameras. A man can be seen sitting in a wheelchair on the ute tray. Photos: ACT Policing.

Police have released photos of three young men involved in a dangerous vehicle burnout recently, and are calling for witnesses.

They are investigating reports that a driver in a white Holden Commodore Ute conducted a burnout with two people in the rear tray, one of whom was in a wheelchair. 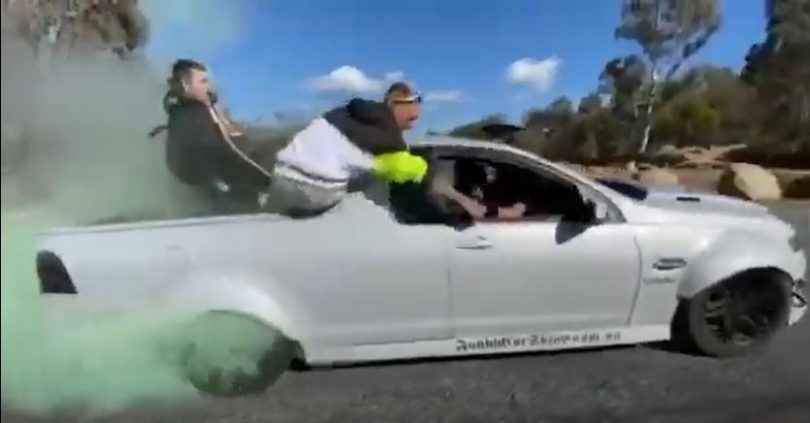 The two passengers in the back of the ute.

Police said the burnout resulted in the vehicle catching fire, placing the occupants and bystanders at risk.

It is believed the incident occurred in a roadside car park to the west of the city and numerous witnesses were present.

This is clearly the Cotter, not the city

This looks like its at the Cotter, a long way from the city..

chewy14 - 58 minutes ago
Jorie, No matter which way you want to spin it, people buying their own house to live in removes demand from the rental marke... View
tuggeranongist - 9 hours ago
It doesn’t matter if they’re currently renting. Absent unusual circumstances (living with your parents for life), a perso... View
News 17

willondah - 2 hours ago
Totally totally agree. Always several steps behind; always reactive. If it wasn't for Perrottet we would have been hunkered d... View
JS9 - 11 hours ago
Any actual evidence to support a claim of a 'mass exodus' to Queanbeyan to shop? There must have been some either exceptional... View
chewy14 - 12 hours ago
JC, I asked how this was in ways different to the National Plan as you claimed. I agree with you that the quick changes that... View
News 41

Capital Retro - 11 hours ago
A decision made by people who have never used Centrelink's services and who will never have to. View
JS9 - 12 hours ago
To be fair, the ones primarily promoting densification int his case (ACT Gov) have zero to do with the decision to move Centr... View
Lifestyle 33

UPDATED 2:30 pm: Chief Minister Andrew Barr has today been forced to defend the changes to the ACT's pathway forward...
*Results are based on activity within last 7 days

Car seized after doing burnouts around Gilmore and Chisholm