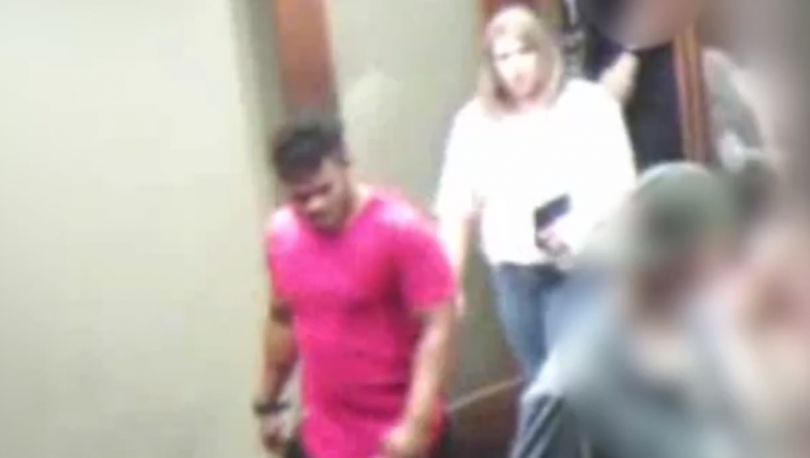 Do you know this man or woman? Screengrab from CCTV footage supplied by ACT Policing

Police are trying to identify two people involved in an alleged assault that took place near Garema Place a month ago and are calling for the public’s assistance.

About 1 am on 17 February, police observed a man with facial injuries while on patrol in the city.

Police believe the man was assaulted and are now releasing CCTV footage of two people they want to speak to in relation to the incident, in an effort to identify them.

Do you recognise the people in this CCTV footage? ACT Policing would like to speak to them in relation to an alleged assault near Garema Place in the early hours of Sunday, 17 February.Details here: bit.ly/2W3accG

As shown in the CCTV footage above, the man was wearing a red T-shirt and black jeans and the woman was wearing a white shirt and denim jeans. It is believed the footage was taken from CCTV cameras near Shorty’s Bar in Garema Place.

Police believe the man and woman know each other.

If you can identify either of the people in the CCTV footage or have any information that could assist police, please contact Crime Stoppers on 1800 333 000, or via the Crime Stoppers ACT website.