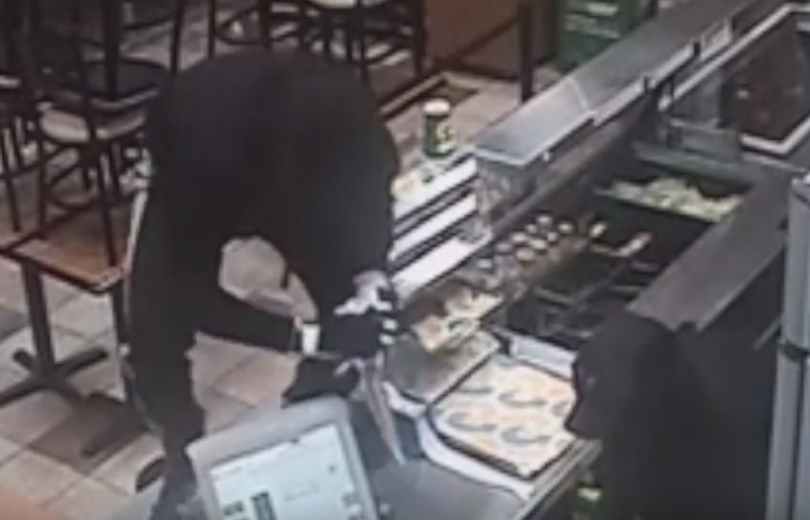 Police have released CCTV footage of two knife-wielding men involved in an aggravated robbery at the Subway restaurant in Erindale five weeks ago.

Around 8:45 pm on 31 August, two men armed with knives entered the restaurant on Denigan Street, Wanniassa and demanded cash. Staff complied with the demands, and the two men then fled on foot in the direction of Erindale College.

The first male offender is described as Caucasian, around 178-183cm (5’10”-6’0”) tall. He was wearing a black hooded jumper, black Adidas tracksuit pants and black Asics shoes.

The second male offender is described as Caucasian, around 178-183cm (5’10”-6’0”) tall. He was wearing a black hooded jumper, black tracksuit pants, grey Nike shoes and a black Under Armour cap.