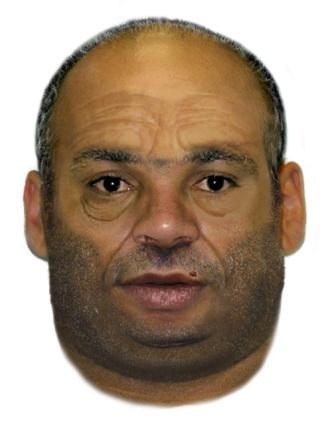 ACT Policing has released a face-fit of a man in relation to the indecent act which occurred in Tuggeranong on Tuesday (May 13).

About 7.50am, a 17-year-old girl was walking along the foreshore of Lake Tuggeranong, between Bartlett Place and Cowlishaw Street, when she was grabbed by an unknown man. The girl was thrown to the ground however, was able to escape after kicking the man in the groin.

The man is described as aged in his 50s, olive skinned, possibly of Mediterranean appearance, balding with hair colour of grey to white, approximately 184cm (6’) tall and of overweight appearance. He was wearing a dark-coloured jacket, blue jeans and white runners. The man spoke with an accent and appeared to have an ulcer on his top lip.

Police are urging anyone with information who can assist in identifying the man or who saw someone answering to this description around Lake Tuggeranong to contact Crime Stoppers on 1800 333 000, or via www.act.crimestoppers.com.au. Information can be provided anonymously.

He’s a catch, that’s for sure

Kriso Hadskini - 8 minutes ago
Speculators are buying property that should be for families. And if you are obscenely wealthy why would'nt you? 10% a year in... View
Beck Bianco - 1 hour ago
Probably because Canberra is no longer affordable so people move to drivable towns outside of Canberra View
Michelle Preston - 1 hour ago
Property prices in Yass are over priced. View
Property 20

Anna Musgrove - 21 minutes ago
Nicole McGuire look it’s not that great. So far it hasn’t been too yuck in the shower. We use it on tea/coffee but never... View
News 22

Ben Keaney - 47 minutes ago
Also if they are not in the numbers that the anti-brumbies say, what do you think a maximum brumby population should be? Sure... View
Ben Keaney - 53 minutes ago
Di exactly how do brumbies keep the fuel load down? Do they eat fine forest fuels such as sticks and leaves? Or Perhaps its t... View
Di Hunter - 4 hours ago
Jackie Hattingh it’s actually proven that they don’t and it is also proven that they are not in the great a numbers as th... View
News 7

Jeffrey Brown - 9 hours ago
Ahhhh those were the days. Standing in the queue and watching the odd brawl of dudes trying to prove their worth. Was normal... View
Lifestyle 8

Police call for witnesses to indecent act in Turner

@The_RiotACT @The_RiotACT
Hot in the City: Al Manoosh is serving up a Lebanese breakfast spread in Mawson https://t.co/NbUW7gTjh2 (3 hours ago)

@The_RiotACT @The_RiotACT
Canberra's Aspen Medical is managing the complex quarantine project for over 1000 players and support staff at the Australian Open https://t.co/2g9k9PDi8r (4 hours ago)