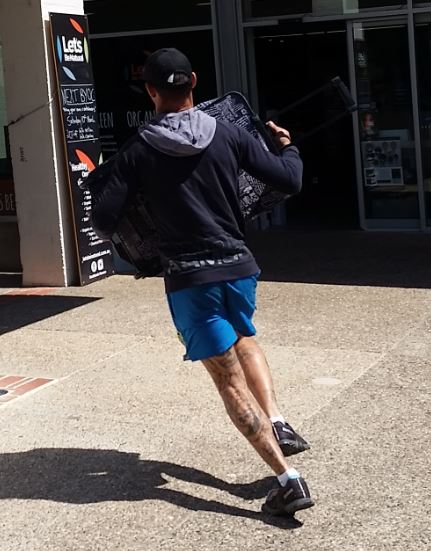 ACT Policing have released images of a knife-wielding man and a woman being sought over daylight thefts from supermarkets in Bonner and Mawson.

The latest theft happened about 1.39 pm last Saturday, when the man and woman entered Woolworths at Mawson and placed items into a suitcase, including baby formula and vitamins, and left without making payment. 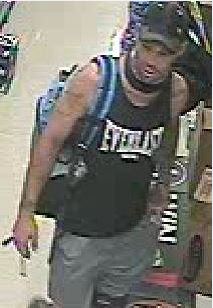 The man at Bonner. 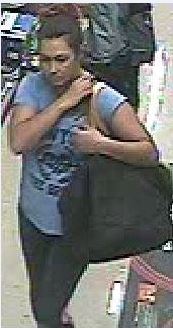 The woman at Bonner.

While leaving the premises, the man threatened a staff member with a knife before both offenders fled in a black BMW sedan.

Police said that about 5.40 pm on Saturday, 24 February, the same man and woman entered Woolworths at Bonner and placed items into backpacks including baby formula and vitamins, and left without making payment. The offenders fled in a blue sedan. 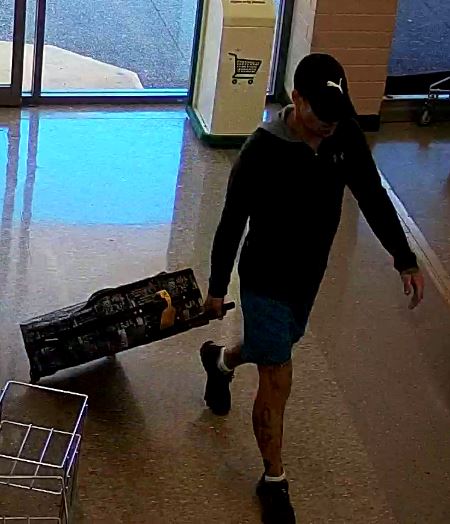 The man entering the Mawson Woolworths.

The man is described as having tattoos on his face and body with cuts on his face. He was wearing shorts, a singlet, a cap and sunglasses.

Police said that if anyone has any information relating to either of these incidents, or dash-cam footage, contact Crime Stoppers on 1800 333 000, or via act.crimestoppers.com.au.

Allowing tattoos to be photographed. Real bright not! (Unless they are painted on to mislead. But I suspect not. Just not bright!)

Michael Hardy - 36 minutes ago
it needs to be moved View
Më Batterbury - 5 hours ago
I think 50 is ok but 40 is just ridiculous View
Jazzy Dhooria - 6 hours ago
You voted them in... Just sayin View
Property 1