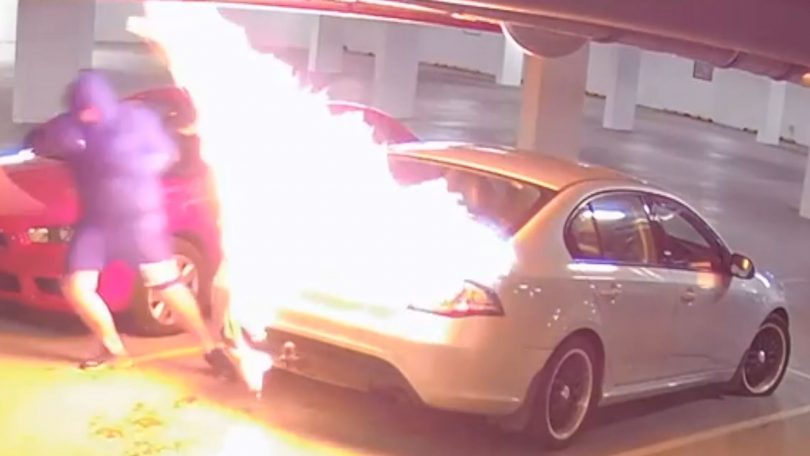 Police are seeking information relating to an assault and vehicle arson attack in Gungahlin that occurred back in May. Photo: Supplied.

ACT Police has released footage of an assault and vehicle arson attack in Gungahlin that occurred back in May in the hope that members of the public can identify the offenders.

At about 11:10 pm on Thursday, 23 May, police received reports that a man had been assaulted by three men outside the Gungahlin Club on Hinder Street, Gungahlin and a vehicle set on fire in the underground car park of the club.

Investigations are continuing and police believe there are members of the public who know the people responsible for these serious incidents. In a further effort to identify them, police have released CCTV footage of the arson attack.

The vehicle also had its tyres slashed.

The alleged offenders were wearing bandanas that covered their faces and dark clothes at the time of the assault. They left the scene in a white Mazda 323 hatchback, which was seen being driven around the immediate area for several hours prior to the incident.

Anyone who witnessed the incident, or who may be able to identify the alleged offenders is urged to contact police.

Police would also like to speak to anyone who may have mobile phone video footage or photos from the area on the night of the incident.

May 23rd – over 4 months ago. Why does ACT Policing persist in their ridiculous methodology of releasing these requests for help months after an incident? It would be more sensible, surely, to seek help from the public straight after such an event? 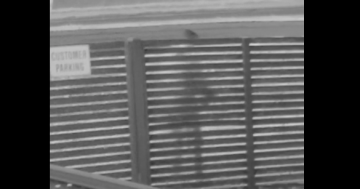