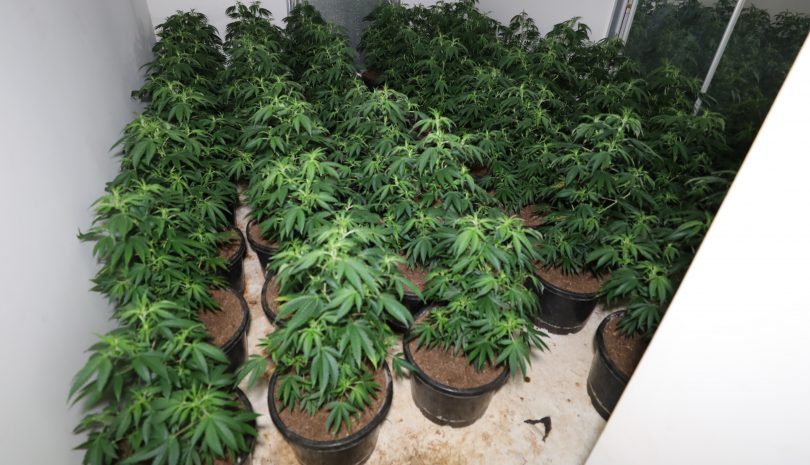 ACT Policing believe more organised crime will be attracted to the nation’s capital if the ACT’s bill to legalise cannabis passes.

In a written submission to the inquiry into the Drugs of Dependence (Personal Cannabis Use) Amendment Bill 2018, ACT Policing’s Chief Police Officer Ray Johnson warned legalising the drug would have serious consequences for the nation’s capital.

If Labor MLA Michael Pettersson’s bill passes, it will legalise an adult’s possession of under 50g of cannabis in the ACT’s criminal code and will allow people to naturally cultivate up to four cannabis plants at one time.

CPO Johnson warns that it will still remain a criminal offence to cultivate or possess cannabis under Commonwealth legislation, regardless if the bill to legalise the drug in the ACT passes parliament.

Under the Commonwealth criminal code, people caught with small amounts of cannabis could face a maximum $8000 fine or up to two years in jail.

ACT Policing said removing provisions in ACT law to deal with “simple cannabis offences” will cause conflict with Commonwealth legislation.

“This will create ambiguity for police dealing with cannabis possession and cultivation,” the submission reads.

“This would create tension for ACT Policing members between their obligation to implement ACT Government policy intent and to have regard for the Commonwealth criminal law.”

CPO Johnson said the bill passing could also result in allegations of a breach of the AFP Code of Conduct and expressed concerns that allowing cannabis to be legally grown in the ACT would attract more organised crime to the region. 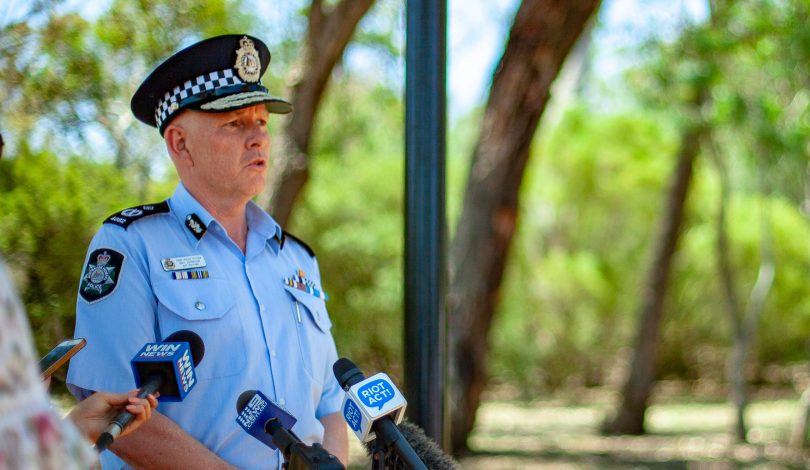 “Other impacts of the proposed legislation will likely provide a greater incentive for serious and organised crime involvement in the cultivation of cannabis in the ACT,” he said.

CPO Johnson said organised crime would take advantage of the legislation through the exploitation of “crop sitters” to remove the growing cycle of risk from illegal commercial cannabis production existing in other jurisdictions.

“The bill may increase public interaction with organised crime should offenders from other jurisdictions move to capitalise on opportunities to cultivate in the ACT due to lower risk of detection and potential profitability,” he said.

“There have been instances where, due to false information, innocent Canberra constituents have been victims of violent burglary where the offender’s intent was to steal drugs or collect drug debts.”

And yet……… organised crime thrives on illegality. Hmmmmmm, really makes you think

Law enforcement guys’ logic – we will criminalise a plant and enable a black market, and encourage organised crime to profit off a socially accepted recreation. So we shouldn’t legalise it … because … the criminals will … will be encouraged.

Alcohol creates violence, family issues, public nuisance and embarrassing behaviour. Weed causes the eating of too much leftover pizza at 3am. Which one is legal????

Michael Blythe it’s a crazy world. I gave up trying to follow it 2 years ago.
Bubble wrapping our kids too, god, I had some spills as a youngster & I turned out fnienene🤣

Hahaha the gangs are going to have to do something funky with their business model if they plan on using 1 person to sit on 4 plants. Do the math, consider the supply chain and you can quickly understand why 4 plants has not been consider to be of criminal intention (in the ACT) for some time.

Canberra is the seat of organized crime. The government sector that is not private. And it really isn’t that organized.

prohibition doesn’t work. Portugal is a modern example. … if you want to read look at the “drug war and US foreign policy ” the list is endless. The history of Opium and its Uses in society

thats what it was in the 80’s. or am i mistaken

Just make it legal in all states. Problem fixed.
Afterall, it’s just a plant. It’s not manufactured by big pharma to rip you off while getting you addicted to drugs that poison your body & make you sicker.

On the plus side….cancer and disease sufferers won’t have to pay $3000 a month to the government for access to medicinal cannabis

Scott Anthony yes but with a big price tag

So legalizing it will bring orgainised crime here… to sell it legally….?🤣

Sure they are already here.

You mean more than the bikies bring ??? Or just more in general ??

Pete Iliffe
It will catch the stupid ones and very easily.

Nick Stone does that discriminate against people in apartments?

Ryan Daniel
Not at all. Bunnings have pots to cater for them!