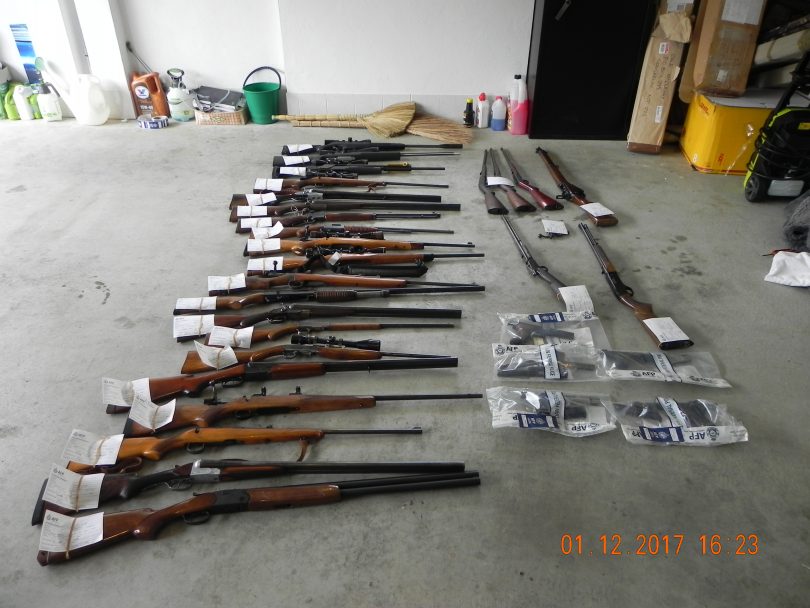 Police have seized 41 firearms from a Ngunnawal property – including 36 long arms and five handguns.

The firearms were discovered when members of the ACT Policing Criminal Investigations and Firearms Registry executed a search warrant on the property on Friday, December 1.

According to a police statement released today, the firearms are owned by a 60-year-old Ngunnawal man who is currently on bail in NSW for serious firearm-related offences.

The man had his ACT Firearms Dealers Licence suspended on November 17 this year for firearms licence breaches.

Police state that they anticipate the man will be charged in the ACT with Firearms Act offences.

Police have urged anyone who has any information about illegal firearms to contact Crime Stoppers on 1800 333 000, or via the Crime Stoppers ACT website.