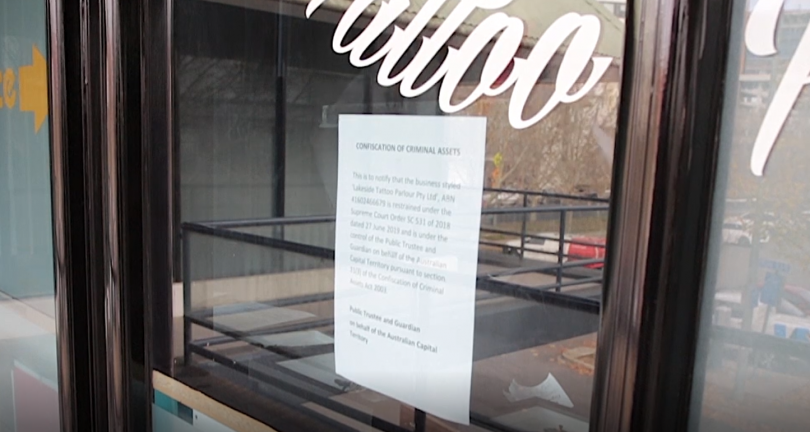 Lakeside Tattoo Parlour has been shut down. Image: Supplied by ACT Policing.

ACT Policing has shut down Lakeside Tattoo Parlour on Emu Bank, Belconnen, for allegedly being a front for money-laundering for bikie gangs.

In June 2019, ACT Policing applied to the ACT Supreme Court seeking approval for the restraint of a Belconnen tattoo parlour alleging that the business was laundering money for bikie members.

This month, the court approved the seizure and restraint of that business, with police shutting the parlour down on 4 July.

It is believed the money laundering charges and investigation stemmed from Taskforce Nemesis operation last month, where officers seized weapons, drugs, steroids and about $6000 in cash while executing a search warrant in Gungahlin on 14 August 2018.

A 31-year-old man, who is believed to be a member of the Comanchero gang, was arrested and was later charged with offences, including money laundering.

ACT Policing Detective Superintendent Scott Moller said the seizure of the parlour will restrict the reinvestment of organised crime profits into the community.

“We believe the proceeds of crime was coming from various organised criminal activity but mainly from the supply of drugs,” he said.

“I believe this is a major hit for organised crime.” 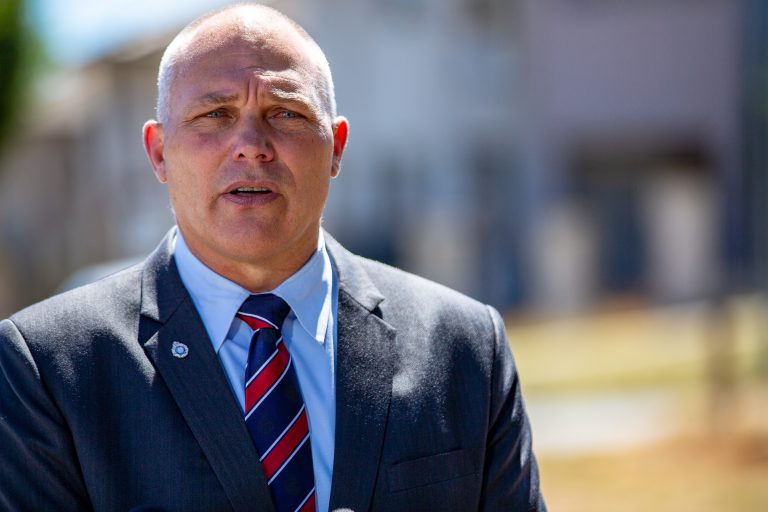 “We will not sit here and watch as an organised criminal gang launder cash through a business in Canberra” – Detective Superintendent Scott Moller. File photo.

“This is a recent example of the proactive nature of our work and we will continue to target any businesses that are being utilised by outlaw motorcycle gangs.

“At this stage, we are not seeing any other business who are money laundering, but if we do we will certainly take the same action. This is an organised crime syndicate that was using this business and we will investigate any business and any club that is involved in criminal activity.”

Detective Superintendent Moller would not reveal which bikie gang was responsible for the money laundering and said the two owners of the business are also under investigation.

It is believed to be the first time ACT Policing has restrained a business under confiscation of criminal assets legislation.

“We will not sit here and watch as an organised criminal gang launder cash through a business in Canberra,” he said.

Minister for Police Mick Gentleman said the two government-funded forensic accountants, along with broader funding for Taskforce Nemesis, was instrumental in the success of the operation. 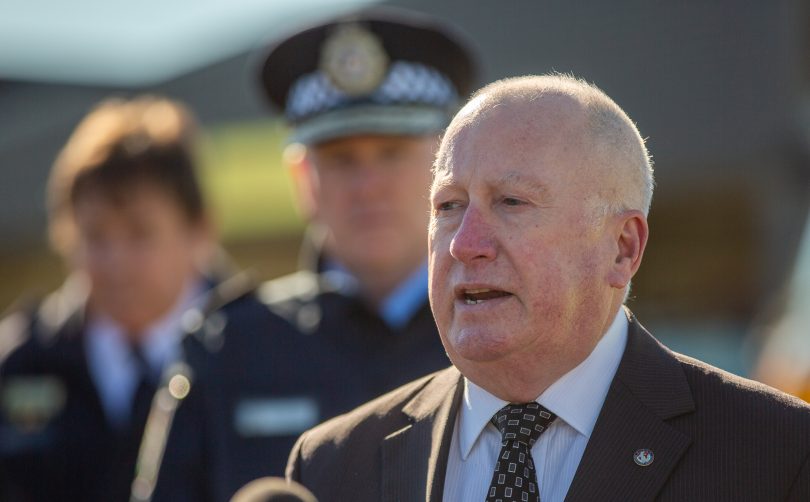 “What we are doing is supplying police with the resources they have asked for,” Mr Gentleman said. “We are equipping ACT Policing with the tools and resources they need to combat organised crime.

“ACT Policing will work to shut down your activities and cut off your ill-gotten gains. If you are a member or associate of an organised crime group, you will be targeted by police and likely find yourself in prison.”

Attorney General Gordon Ramsay said the shutdown and seizure demonstrated how the ACT’s laws helped to disrupt criminal gangs and deprived criminals of the proceeds of crime.

“These measures will continue to disrupt organised crime groups by preventing their capacity to invest illegally obtained funds into what appear to be legitimate businesses.”

A Facebook post by Canberra Tattoo Studio officially announced the closure of Lakeside Tattoo Parlour, stating that staff who were not involved in the events leading to Lakeside’s closure are in the process of reopening a new business unaffiliated with those involved.

Charley Carey - 15 minutes ago
Kelly Emblen. This is perfect its almost your own island View
Margaret Harries - 7 hours ago
What a fantastic house and property, I love it,wonder what’s the price their asking for it View
Lifestyle 4

Sally Hopman - 23 minutes ago
Maureen Lancaster I can check with Angela. 😀 View
Opinion 102